I can't believe my boy is almost three- this is him in front of his slightly crazy work on the chalkboard. 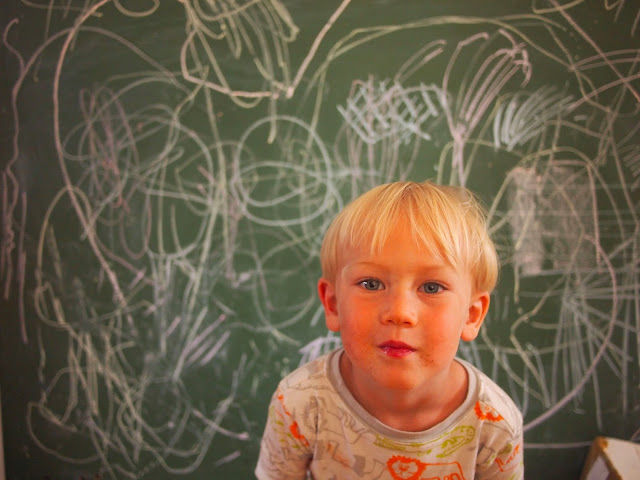 Noah asked to go on the Ferris Wheel at the V&A Waterfront for his birthday, so we decided to go before he turned 3 and had to pay. We went on a weekday evening, when it was quiet and there was no wait, even at sunset. 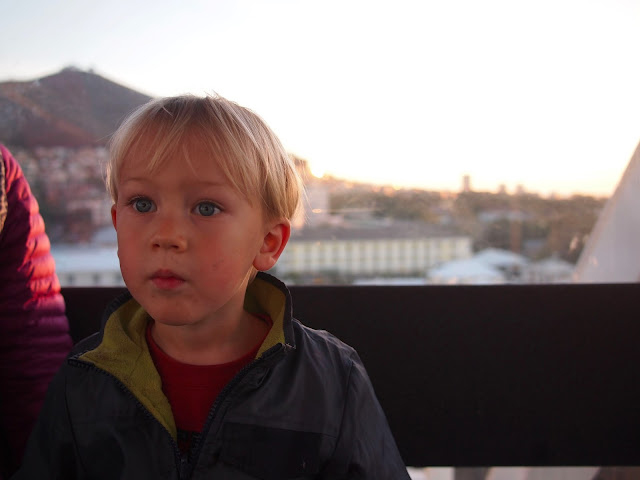 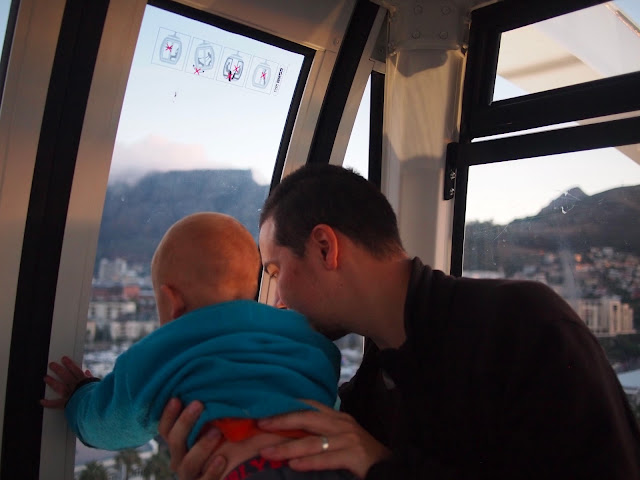 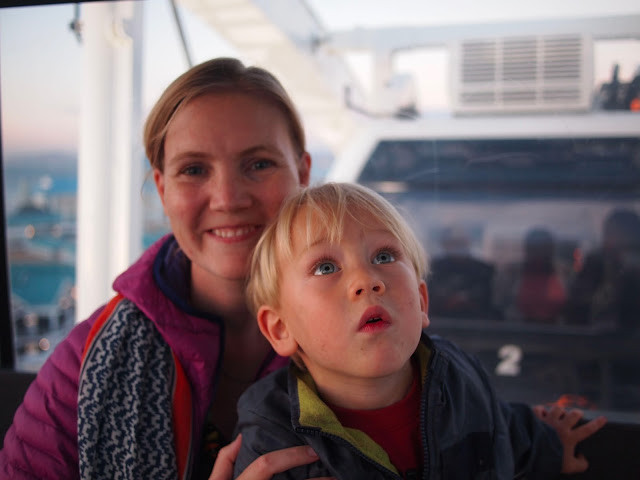 We love you so much Noah!

Why I Don't Buy Soap

And why do you worry about clothes? See how the flowers of the field grow. They do not labor or spin.Yet I tell you that not even Solomon in all his splendor was dressed like one of these. Matthew 6:28-29

I haven't bought soap in over two years, and I thought I'd share it as a random anecdote from our weird lives. We don't buy shampoo either, but unlike shampoo (which I stopped using about three years ago) we do use bar soap, though if we're without for a week or so, we're fine (or so we think). So I have nothing against the stuff. I think soap is great.

My favourite great-aunt died in 1991 when I was 8, and she left a giant cupboard full of soap. I have a vivid memory of going to her flat to clear it up and encountering what seemed a universe of soap. My mom shared that it was because she was a teacher, and "soap is always a good end-of-year gift for teachers". (She also said something about me not being a teacher). Our family used that soap for what seemed like most of my childhood. What I took from the memory was that some necessities can come from friends and family, without even asking.

So I stopped buying soap.

It's not deeply spiritual (likely not very theological), but I find that leaving this necessity more or less up to God makes me feel really excited every time we're running low on soap. There was the lovely soap made by Leah, a fragrant bar from Connie after her Middle East trip, some liquid baby soap from strangers before Eli's birth, my parent's Christmas gift and today an amazing bar of Australian olive oil soap from Tiff. I can smell it now and it gives me tremendous joy.

So every day when I wash, I feel a huge sense of gratitude and the feeling that indeed, I don't need to worry about necessities. I have never used better soap than the past two years. The kids have never been smelly or had diaper rash. It's enough to make me want to put bigger things in God's hands.
1 comment:

When I don't understand global [and local] events, I pray and look at my worms.

I stood as a Bostonian this week when bombs exploded at the end of the marathon. As our old neighborhoods were in lockdown, I felt a lot of sadness (though, I suppose, some sense of drama too). It was strange to feel so much for something unfolding so far away.

As the swat teams and FBI and police scoured the city yesterday, the collective desire for justice was palpable. From far away, the sense I got from the announcements were "if we try hard enough we will get justice" combined with some "there's a killer on the loose". These seem like totally justifiable responses.

But I couldn't help but feel that there is no real, satisfying justice in this story. There's a 19-year-old hiding in a boat, a dead police officer, three dead Boston marathon spectators, and many injured. These realities are raw and unescapable- justice is not really something that anyone can wrangle by force of human action and desire.

I am not sure the processes that led these brothers to do such terrible things, but I am sure that they are beyond what I can come to grips with. I do not have a sense that it is my job to understand or have a view on what justice looks like, these are for God.

I don't say this to distance myself from real, significant problems (Things like gun control seem like a no-brainer from where I'm standing). I say this because there is a lot to do and a lot to pray for, and perhaps it is enough to try to dwell on tiny things that are also beyond my understanding, in the hopes that they help me do right by the big things.

It seems an absurd transition to suddenly talk of soil, but one that seems as central a starting point as any: Every day I am learning more about the mystery of healthy soil- the mystery whereby death is resurrected into life in an endless cycle of birth, life, death, decay and new life, and on and on. It cannot be rushed, it is beyond human power. When we try quick fixes to cover up the damage we've done, we fall short because the soil is too complex to just give a quick chemically manufactured nutrient nod to. I think the soil hints at the limits of our power and knowledge in general, but also at the grave role of stewardship to restore this cycle even as expanding cities are paved over, water is squandered, and we pull everything we can out of the earth without putting anything back. Stewardship of the soil is actually pretty radical because it involves much, much more than just buying good food.

When I admire those fighting for freedom and power for the oppressed- noble and perhaps universal callings- I know I must spend many years (a lifetime?) unlearning all the ways that I am, in fact, the oppressor. So I'm learning as much as I can about the soil, feeling in my bones that God is bigger than the earth (bigger than our worst screw-ups), so stewardship of the soil is a gift that tells us about the mystery of who God is and what a good life looks like. It's not just a grave and scary responsibility.
3 comments:

When I was unable to find coffee in Cape Town where I could supply my own bag, Eug said he'd like to start roasting his own coffee, and perhaps we could get green beans without the plastic bag.

Coffee is by no means a low-waste food item. It's shipped from the corners of earth, often via another corner, to get to Cape Town. But there are things we can do to make it better and put some care into understanding what coffee is, what makes it good, and how to use less waste to get our moment of coffee awesomeness.

I happened upon Global coffee and I really enjoyed figuring out with Charles which coffee to buy. We bought 10kg, which was their minimum order at the time, in one large bag that had been used and can be reused. The company does seek out Fair Trade production, but they don't have the Fair Trade label... yet. I was really impressed at Charles' level of knowledge and he and his team's openness to sharing more about roasting coffee despite our being total newbies. We bought Columbian and the coffee is consistently better than anything we could get at even the best coffee shop.

Here's how we've settled on roasting, in excruciating detail:

If you're here in Cape Town, we're selling the coffee locally. We won't take on many customers because this is not a money-making venture; what we'd like to do is share the process and supply friends, friends of friends, and family with freshly roasted beans in your own container, where we all have a pretty good sense of where the coffee came from, how it ended up in Cape Town, and into your mug.

With this level of knowledge, perhaps we can influence our tiny bit of the local economy, and even get to know a coffee farmer- his/her needs, how s/he creates an coffee farm, and how we can help that farmer be a better steward. As a commodity that can't be grown in our back yard, we depend on farmers around the world for our coffee: if we're pressuring them to give us coffee at low prices, they are pressured to eek extra coffee out of their land, which is not good for the soil, for their environment, or for their families.
2 comments: