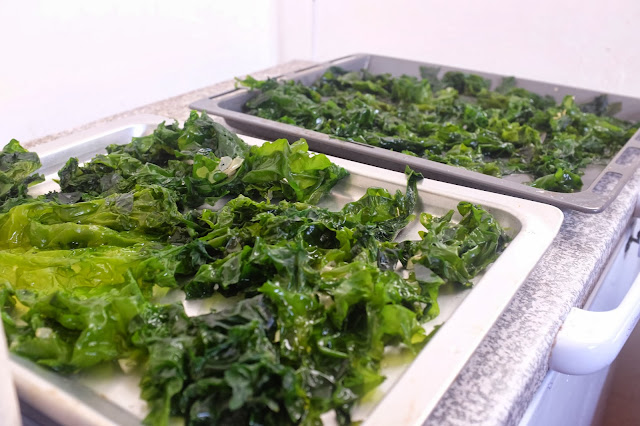 After getting bolder about foraging for nettles and herbs around our neighbourhood, we've started getting mussels and seaweed when we go to the beach.

We ate a lot of seaweed back in Boston- packaged, dried, salted and with sesame oil. Here in Cape Town, Korean-branded seaweed is pretty expensive and packaged with a lot of plastic, so it's pretty exciting to try out drying our own. Noah and Eli love picking it out of rockpools, and now is the perfect time to forage- the sea lettuce is plentiful but there's less likelihood of red tide etc.- apparently that tends to happen late summer.

As for mussels, we just get enough for Noah and Eli (10-15 at a time), as an extra source of protein and for the excitement of eating them soon after we get home from the beach. I choose places where they're very plentiful and where the clean waves wash over them. There are a few spots in Sea Point that are perfect.

Here are some random things:

A visit to Newlands Forest

We've lived in Observatory for almost two years without going to Newlands forest. Our friend invited us for a walk, and before she arrived Noah and Eli had already settled into the river. It is heaven for small children, especially this time of year when water is flowing but it's no longer cold. 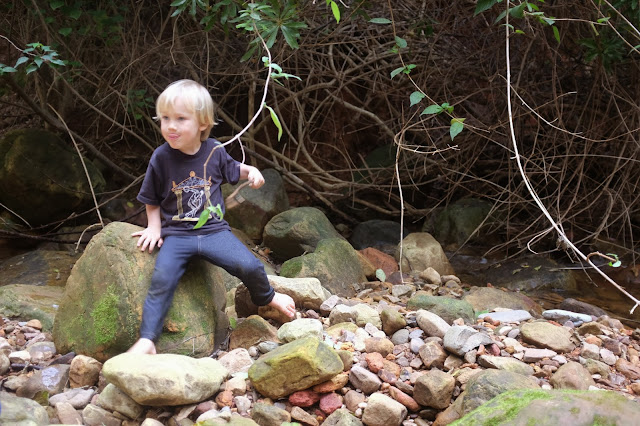 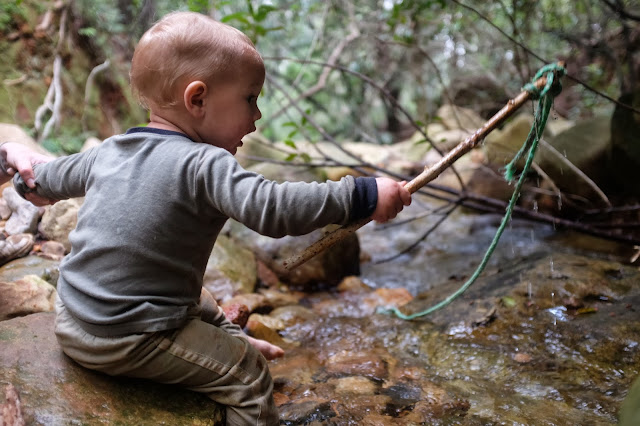 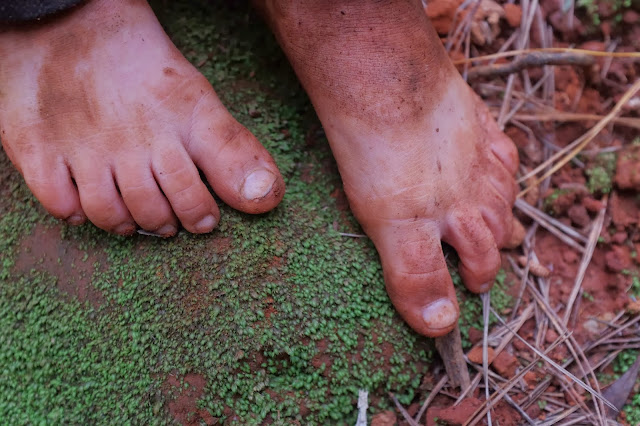 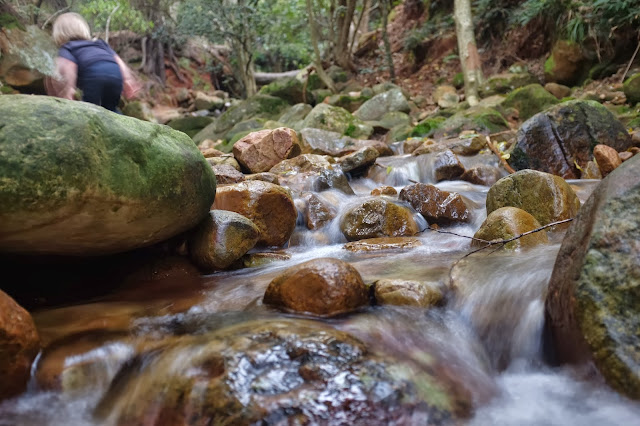 Cooking with Stinging Nettles for the first time

If I am ever in Wales again, I will forage. But when I was sixteen and had just arrived in Wales, I remember being scratched and stung by stinging nettles that cover the hedgerow on the walk to Llantwit. I never imagined that these would be good to eat. But they are! They have a lot of protein and iron, and apparently other health properties, too. I've drunk nettle tea since I was pregnant with Eli, and I'm convinced that nettle tea (and rasberry leaf tea) really helped me during pregnancy and labour.

So it was a bonus to discover stinging nettles at the Ecovillage while harvesting nasturtiums. With the protection of a plastic bag, I picked enough for a meal, while trying to convince the kids not to touch it (thankfully there were plenty of nasturtiums to distract them). I hope to get much more before the season is over.

The experimental batch was easy to cook and had a very mild taste- milder and lighter than spinach. I brought to boil just enough water for them to be dipped in for a moment, and when I pulled them out they didn't sting. 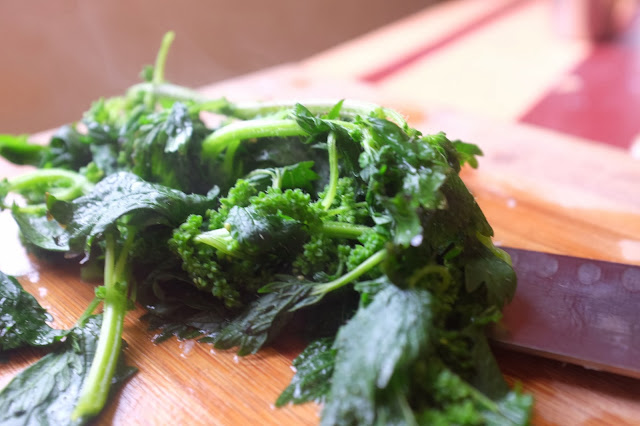 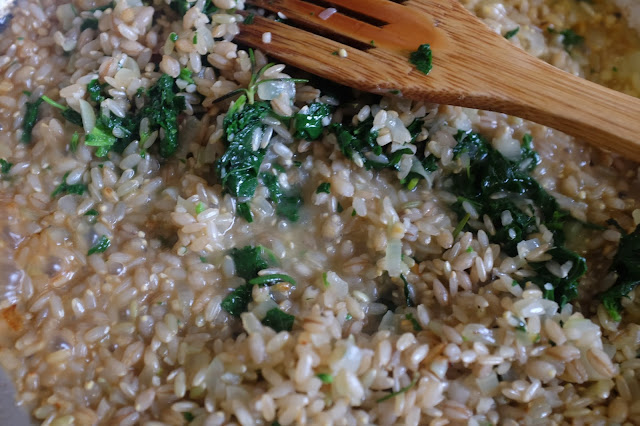 I recently wrote to Cadbury South Africa about Fair Trade and Packaging and social responsibility in general. I share the letter below to make it easier for you to write, too. If you'd like to take any part of the letter below, feel free. The address is their South African office.

Cadbury is a very large company, and I am interested in understanding if we as consumers can help to push for change-- both with our money (by forgoing products or avoiding companies) and by sharing the reason so that, if there's a large enough group of us, the company is not left guessing.

Given that one Cadbury product has adopted the Fair Trade label, there is clearly will from within the company to change. I write to Cadbury, rather than Nestle or Beacon or any number of other companies because it's the chocolate I grew up with and love, and because of the glimmer of hope in this one product with the Fair Trade label.

Even if they become completely Fair Trade and stop packaging their products in plastic, it remains that Cadbury products are not "healthy". I am not sure how to deal with that, but I think it's worth engaging anyway, and accepting that for the next while, my diet is likely to include sugar in different forms.

I suppose there are variations of this same letters to be sent or emailed to any number of large companies? Do you want to share any stories of companies you liked but are currently fasting from. Or companies you would like to appeal to to move in the direction of social responsibility?

Re: Social Responsibility: Fair Trade and Packaging of Products

I am writing to let you know that I love the taste of Cadbury- I’ve grown up with it, it’s part of so many memories of my childhood. I also want let you know that as a consumer, both the packaging and the origin of the product I consume is important to me.

Cadbury products were once largely packaged in paper and foil- both recyclable. Today, they are wrapped in plastic which never degrades in the environment.

I am so excited to find the Fair Trade label on your plain milk chocolate slabs. It is very encouraging to find that you’re interested in participating in the transformation of the cocoa industry, which as you know is currently one of the largest industries involving child and slave labour. While Cadbury has long been guilty of participation in this industry, as a very large player you are also best equipped to understand the complex issues at play, and meaningfully engage in real transformation. I for one wait for the day when all Cadbury Cocoa is Fair Trade.

I believe I am part of a growing cohort of people who are willing to work hard to understand and control our consumption of the earth’s resources, and others’ labour.

Thank you so much for taking the time to read about my priorities as a loyal Cadbury customer. I look forward to hearing from you.
No comments:

Noah's been asking to go back to the Penguin Beach for ages and ages and we've been watching the weather and waiting. Finally this week there was a day that was nice and hot, and our summer visits to the Penguin Beach began. There's something really idyllic about the beginning of summer. It's really quiet on a week day, because people are not yet sure if it's warm enough. That, and I suppose most people are at school or work.

In the background there's the usual life stuff: Eug's visa didn't come through and he has to go every two weeks to Home Affairs, Noah's birth certificate is still not through, our stove and vacuum cleaner both broke the same week. But in this, there's Noah and Eli and a life we feel really grateful for. I love that Boulders is far enough away that we have to pack a really good picnic, and take off the whole day. Eug and I each work six days a week, about 3 hour chunk for each of us, and maybe an hour early in the morning or in the evening. Sometimes it's amazing and wonderful- we're working on stuff we chose- and sometimes it's not. I guess what I'm trying to say is that our beach trips are a part of our lives- a wonderful part, but they're also intentional breaks from the regular schedule we've built for ourselves. A guaranteed break from worrying whether I'm socializing Noah, from Noah and Eli fighting, from Eli drawing on the walls with anything he can find.

This trip, I was surprised to discover Eli has developed a fear of the water. Which he managed to sortof overcome by himself by putting his ball in the water and running out to get it. Noah concentrated super hard on making a garden out of shells. 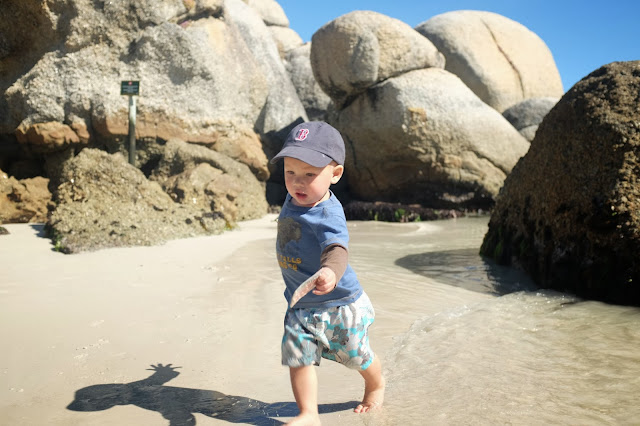 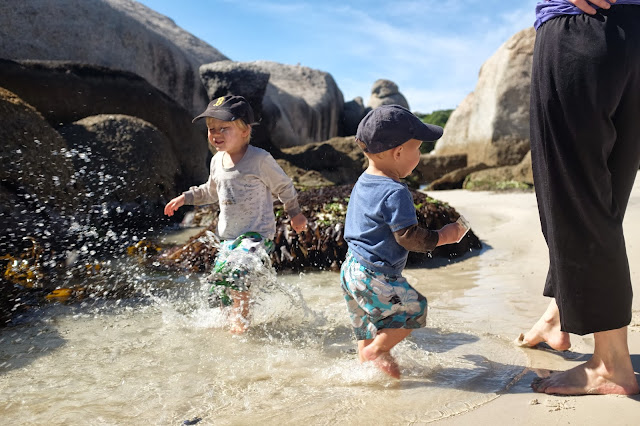 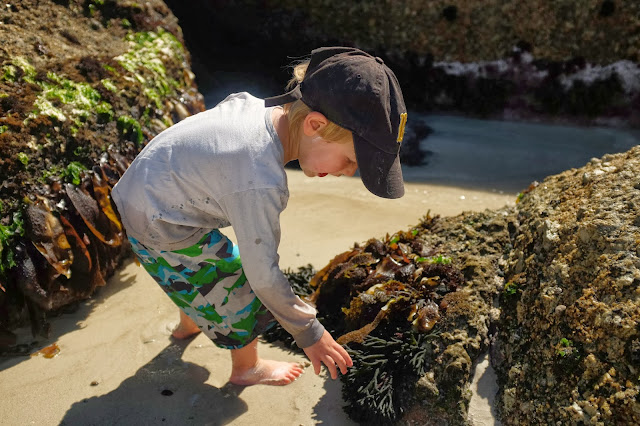 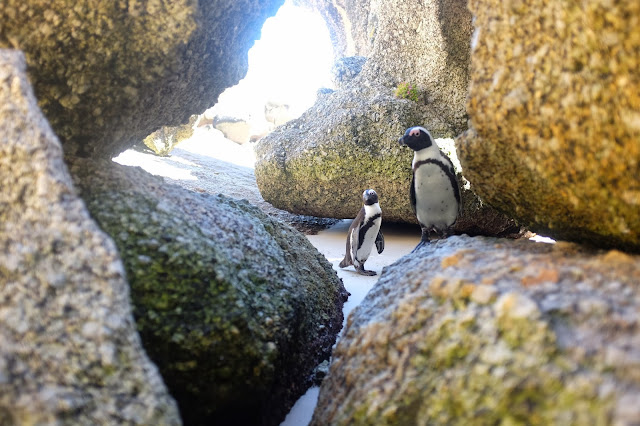 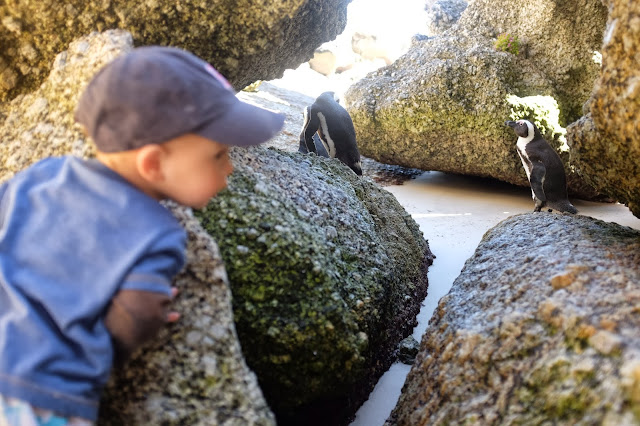 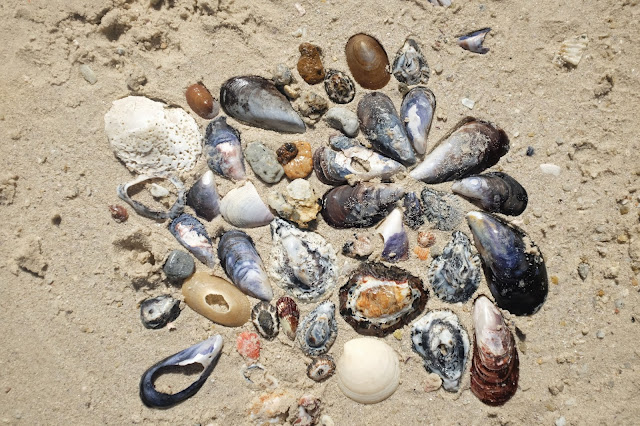 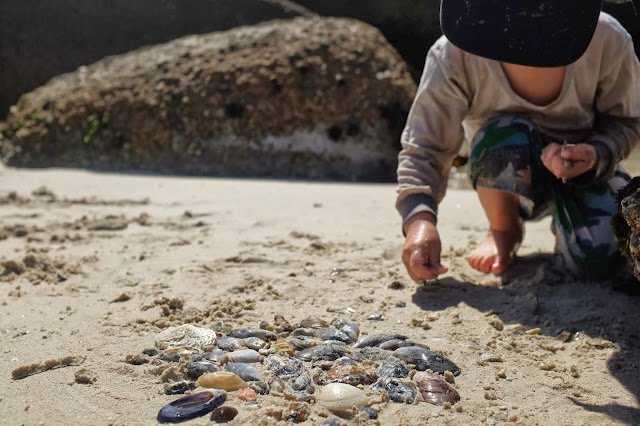 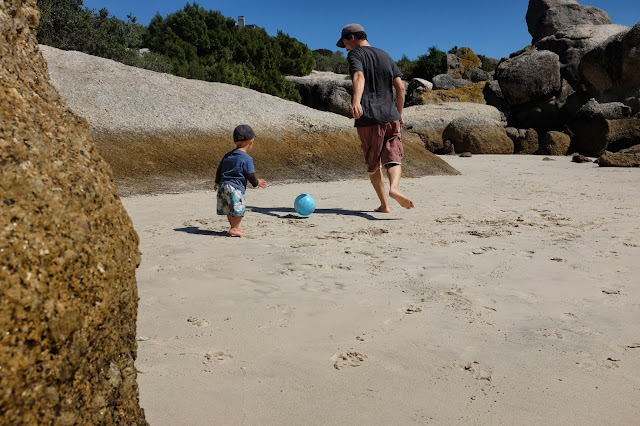 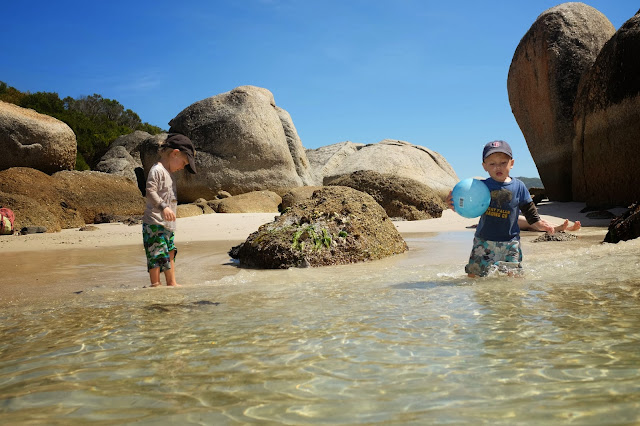 Our day often starts way too early and Eug and I are left scrambling to just keep the house vaguely clean or give the other their chance to begin work.

Apart from my trying to wake up before the kids, Eug and I have been giving eachother a couple of minutes (5-15) first thing in the morning to pray and start the day. It's made a huge difference to my ability to listen to God during the day and avoid that feeling of being in survival mode. We've each been using this version of the book of Common prayer,  which consists of a couple of brief Bible passages and a liturgy, as well as a brief story of some event or person who followed Jesus. There's also a midday and evening prayer. I have a low expectation of myself- a few minutes several times a day- because that's what works for me and keeps me wanting more (rather than feeling burdened by another chore).

If you're also trying to follow Jesus, I wonder how you've figured out a rhythm with praying and reading the Bible alone and with your kids?
No comments:

Links for the week 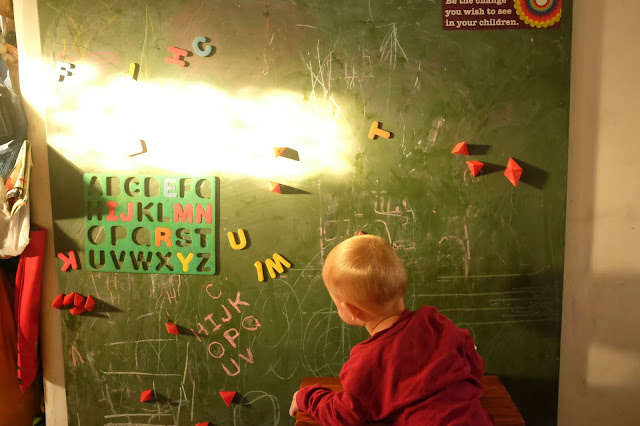 While the U.S. news has been dominated by the government shutdown, I wanted to share some things I've been reading that might be interesting to you:

Summer may just have arrived

It's been a very wet, long winter, but it's finally starting to feel like summer. Late winter I got an Annual membership to the Science Centre, which is just down the road from us: I had this brilliant idea that I should have a place within walking distance that we go to on rainy days. Thing is, I bought the membership before going in and discovering it is just about the most stressful experience I could possibly subject myself to. But I got the membership so we have to go, right? Down the road is A Million Miles in Noah and Eli's world.  By the time I get there, risk our lives darting across main road, and getting up the stairs and into the centre, especially on a rainy day, I'm just about going crazy. Then we get in, and Noah and Eli run in opposite directions,  there are lots of older kids, just one huge hall (lots of space for the kids to run away to, it'll probably be awesome for the kids in 2 years or so). Then we have to walk back. Anyway. So I'm glad it's summer. 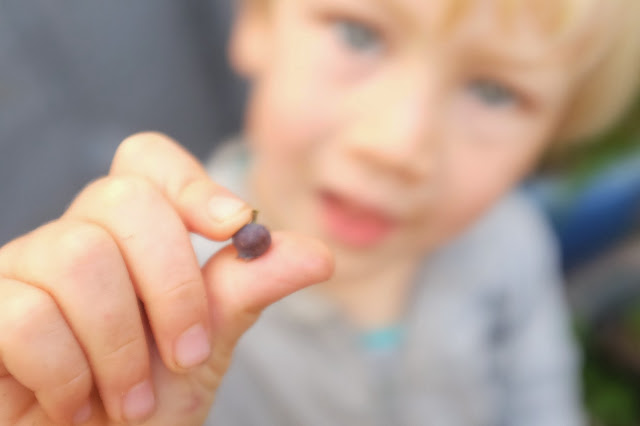 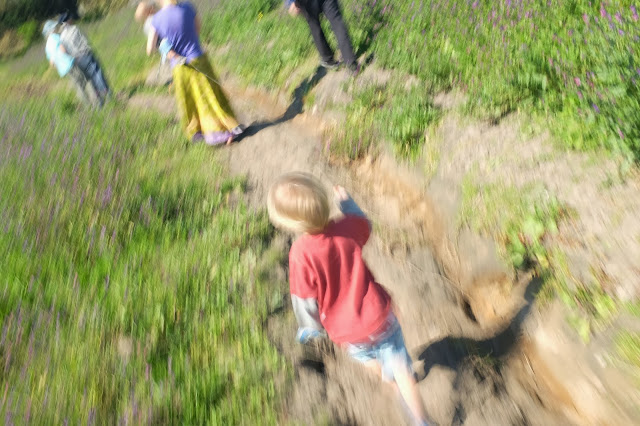