There is always compromise: Eating well in a complex global food system 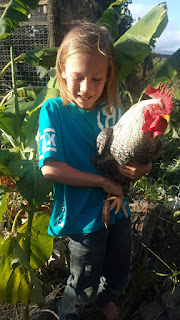 There have been quite a few articles circulating recently about orthorexia, about the desire to control ones diet to the extreme and eat perfectly. With this approach, too often your diet is a type of shorthand, a ticket into some kind of exclusive club. If you say you do or don’t eat x, you get to be in relationship. And that seems quasi-religious to me. I agree that it is good to eat well. I even attempt to treat illness with changes in diet. I’m sold on this— it’s the subject of much of my research and it’s a key reason we farm.

I want to speak out against the moral dimension that creeps in all too quickly— that we become righteous by what we eat, by what we consume. If someone comes to my house, I want them to be equally valued whatever they bring with them— I want them to know they are valued and that I can never fully know their stories and I will never judge them based on their food choices.

As much as I want to do right by what I eat, in perfectionism lies madness. I say this with the caveat that I know there are real food allergies where perfectionism is pretty important if one wants to stay out of hospital. The motivation for “clean” eating seems a little different. It’s along the lines of wanting to always be in perfect health, or to be along a uniquely sustainable pathway. It sometimes even sounds a little evangelical.

We live in a world that is infinitely complex, where our choices are always difficult. They are choices between us and God, or between us and our conscience.

For me and my family, there is always compromise: what food our children will enjoy in the long term, our desire to not control our children’s preferences, our desire to steward our money and land well, to manage our dreams and our goals, how we manage our time, how a specific food fits with our five-year farm plan. In this set of dreams and dreaming, we make food choices. And in the safety of conceding inevitable imperfection, we make tremendous progress. Our diet is indistinguishable from the diet that we consumed nine or ten years ago. Yet if I need to go back to that diet for a week or a month, because we are traveling, I am sort of ok with that. I am ok getting chips and ice-cream with the kids now and then, ok with consuming meat with friends and family. I’m not saying this way of being is another kind of perfect, just that it is peaceful, and I find that it’s only when I’m peaceful that I’m able to make genuine progress— progress that extends beyond myself, because peace (like violence) spreads.

In farming for my family, I am able to farm quite idealistically, because I have made compromises in other areas: I feel I have enough money that I don’t have to farm for maximum profit. When I fail, I can still buy good food. That feeling of having enough is really important and powerful.

If one is able to eat, supporting only the very best local farms, there are still questions of the definitions of best, definitions of local, prioritizing planet or healthy people or trying to weigh the two. Vegan or paleo? How much do farm workers get paid? How sustainable is the packaging? What if something you’ve eaten for a long time is not grown locally: do you change your diet? Was using the money to buy this food better than giving it to a neighbour who is eating very poorly because of circumstances beyond their control? Why is it better? These are questions of values, and it is ok for people to have different values around food. For me, farming and spending a lot of time on food is about trying to live the value that returns us to the actions that connect us to the earth, physically and spiritually.

So I think there is always compromise (visible or invisible), and compromise — literally “coming together”— is not a bad thing. Remaining cemented in our rightness means we often cannot meet another person where they are— and in food, there is always a mountain of ambiguity, uncertainty, and trade-offs that are specific to local context. In finding common ground, we can move forward together. And ultimately, it is only together that we can go far.
No comments: 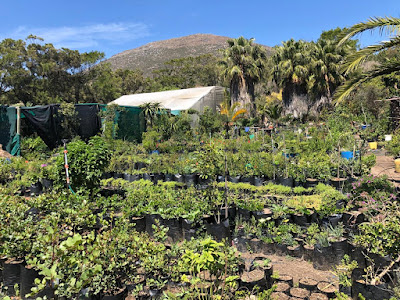 There’s been news recently about the PHA: about the need to protect the agricultural land of the PHA, for the vegetables it produces for the City of Cape Town. Nazeer and the PHA have been fighting for the PHA to be preserved as farmland, and I stand alongside them.

Some older commercial farmers have said: you don’t represent us! This may well be because they are old and need to retire, and have little to retire on— they have worked for themselves all their lives, and there is no pension plan or medical scheme to fall back onto. From the time I’ve spent in the PHA, I could imagine it a hard place to retire. I see them trying to cash in, or already having cashed in and sold to developers, who leave the land fallow as they wait eagerly for zoning to be approved. And I think: perhaps it is a luxury for me tie myself to the land I steward. It must hurt to move on.

Protecting the PHA is a core responsibility of the City, firstly by retaining rural zoning.

At the same time, this is not the end of the City’s responsibility (and, perhaps only the beginning of the responsibility of the Department of Agriculture). Rural or even agricultural zoning is not enough. The divide between the commercial farmers (many of whom are selling and leaving) and the landless farmers (who do not have the money to buy up land) is a reflection of the core challenges faced by farmers. Farming, especially small scale farming, especially physical labour: that these are complex, difficult activities. There ARE still commercial farmers in the PHA who continue to farm despite not having made money for themselves for several years. If the city saw crime in the area as an issue, or the agricultural extension office appreciated and supported the types of capital inputs uniquely needed for urban organic agriculture (for chippers or fencing, for example).

The current battle over the PHA comes after many years of neglect of that area by the city. Commercial farmers— including a robust organic agricultural tradition in parts of the PHA— have been selling up and leaving because it is dangerous, hard work, with little money, and their children will not take on the baton. While the area is close to the centre of the city, and close to market, it is no longer a safe place to raise children. While it remains potentially viable as a livelihood for very poor farmers if they are given land, this does not mean that the small scale commercial farmers aren’t also worthy of our compassion. Those who want to make money by paving over the city and are making boardroom decisions— developers and politicians— are making a choice that cannot be undone. It is the decision to use the space that is resulting in a free-for-all, and this is ultimately the city’s responsibility. It is not easy to re-ruralise built up areas. And there is a massive moral weight to that choice, given both income inequality and food insecurity (lack of dietary diversity in particular) set to worsen with climate change.

To make farming work, the City has to see urban farming as viable, important work. The farms cannot be seen as simply bits of land in a free market economy, or worse, as opportunities for densification. The land cannot be judged by what is looks like when you drive by fallow bits, as that is as much the consequence of political action as the driver or it. Work done by small-scale farmers involves stewardship that is quite different from larger scale operations. It is in the City’s interest to build agricultural traditions— not wine grapes in 17th century vineyards— but the basics: fruits and vegetables to nourish the people of our city.  This should be viable as a living for the middle-class, as well as for the poor. If it is not viable for the middle-class (commercial farmers) it will never really be viable for the poor, even if it appears to be, for a time.

Climate change makes this urgent. Diversified urban farms are essential in an age of uncertainty— small-scale farmers can adapt and grow varieties that work in our climate, we are flexible. I have eight different types of granadillas growing, all suited to slightly different climates. Each year, I throw out pumpkin seed and harvest seed from the best pumpkins that needed the least work. For all this resilience, it takes time to build a farm. For the land once farmed organically in the PHA, it makes me shudder to think of the work undertaken covering that land with compost, year after year, only for builders rubble to be dumped on it: turning all their work to dust. Soil building takes at least five years, growing perennials takes 5-7 years of investment, growing a windbreak takes 10-20 years, learning how to farm well takes decades. If we wait until the problem is urgent and in our face (when fruits and vegetables become too expensive for the majority of our city), it will be too late.

Our family is on the front end of a trend: there are plenty of young (ish) people looking to farm in the city: they need viable small plots where they feel safe. Far from undermining the goals of poor farmers or even the landless poor in townships, having a mixture of farmers changes the colonial and condescending tone that continues to plague conversations around “local” fruits and veg in Cape Town. That is, farmers don’t need your help in the sense that we’re needy nor do we want you to buy our food/plants out of charity, we need help in the sense that we present a clear, rational response to urban problems, and that response will continue to encounter roadblocks until a faceless economic system acknowledges that climate change is real, urgent, and caused by capitalist excesses. While the economy more broadly is anonymous and distant, our city officials are not. They are human and face difficult decisions. What we ask is that they do not let money or even self-preservation define their choices. The needs of the poor and the needs of a hot planet are aligned.

We face a similar battle in our little set of smallholdings, one that is less public. Raising the possibility of densification and development in a place like ours leads us on an inevitable path that ends with our soil, our work, the connections we have cultivated in our neighbourhood, and even our land itself, all disappearing. It also leads to transience and lack of stewardship: a willingness to do with the land whatever they want, as the whims of the economy and the pressing political priorities shift. Yet the soil is central to our life, our wellbeing, and our future, even in the city. And so, we farm as though all this were not happening, as stewards. 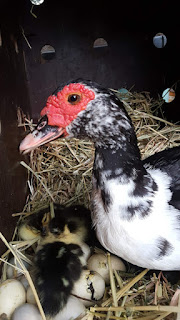