They're Playing together! Sortof.

Noah has been gradually having fewer tantrums. Trying to make life very predictable has helped, as has playing hide [like hide and seek, without the seeking] a good part of the day. We've also made youtube/game time very infrequent by being willing to play games we don't really like that much (hiding under desks). Or maybe he's just growing out of tantrums as his verbal skills improve. Life with tiny children is up and down, so I'm hanging on to this as a really good time for us! 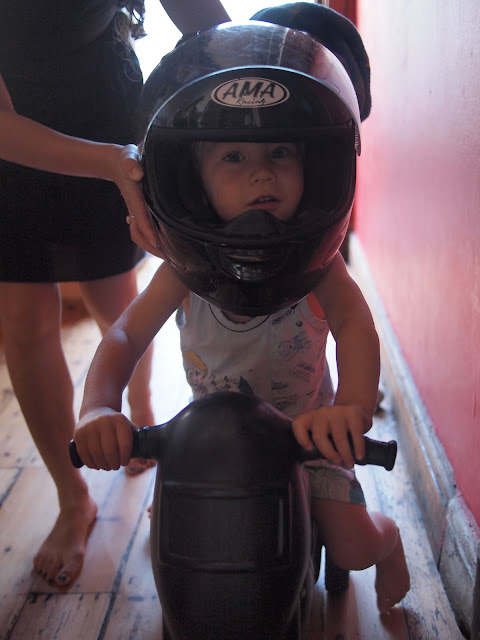 In the past, I wrote easily about trading time for money- working less and doing with less money- but over the past year or so I've haven't been able to keep it all in my mind at once.

I think sharing about our lifestyles is generally helpful: not buying new stuff, making food from scratch,  knowing the origin of our food, clothing, stuff, and so on. We can all at least think about our paid work as something that, if it's making you or anyone else on the planet miserable, can and should be given up. I recognize that this is not true for vast swathes of the planet, but it's probably true for most of the people who have access to the internet. And we're the ones selling our souls for money.

At the same time, whereas while Eug, Noah and I were in the midst of getting rid of our stuff and moving to South Africa we felt like brave renegades, now that we're in South Africa I just feel undeservedly lucky. We are probably a combination of lucky, divinely guided, and strategic, but writing about being lucky doesn't seem quite as compelling. It's like recommending everyone wins a metaphoric lottery. Our stepwise plan to simplicity would read a) Win the lottery b) live a simple, generous, non-consumerist lifestyle. Yes. Ok. Will do.

I'm still not sure how to write about it, but I've noticed that our course has always been circuitous, and we didn't have an ambitious end goal when we started out. In fact, we tend to get a new goal just as the old one is coming to fruition. We've very gradually done fewer hours of paid work, and we are almost always able to say "yes!" when a friend asks to come and visit or we get asked to spend time with people. And as our house is gradually less messy, we start to consider what might be next- saving for a small farm? Every season brings with it new goals.  So I'll keep trying to write about the season we're in. Um. Next post.
No comments:

A tough but persistent measure of value in my life has been this idea of "impact"- both as a Christian and as a graduate of elite(ist) educational institutions. It has placed me under pressure, and generally hasn't been helpful, yet it persists.

It goes along these lines: What things can I do to have the most (or least, I suppose, in greenhouse gas terms) impact? It's incredibly vague, like the grant Lia and I got when we were 16 to "go and make a difference" in the sun in Southern Italy (poor us).  All I did that time, and in the many opportunities that followed, was change myself, a tiny, tiny bit. But perhaps that was the point.

There are compelling quotes like Ghandi's "be the change you want to see in the world", but my mind goes 700 places: what changes do I want to see? When? How? Why? But what about context? How do I be that change? I think about sustainability a lot, I also think about the health of refugees (my career focus), the homeless people on my street (interactions that highlight the brokenness of our South African, and probably the world), and more than anything, the life of Jesus.

But day to day, I spend the bulk of my time trying not to be a jerk to my beautiful children. Which is much, much more difficult than living in a tiny house, not wearing deodorant, making jam and bread, and forgoing meat in favor of lentils.

There's two verses in the Bible that are helpful: One is Luke 17:33:
If you cling to your life, you will lose it, and if you let your life go, you will save it.
The other is Micah 6:8
(S)He has shown you, O (wo)man, what is good; And what does the Lord require of you But to do justice, To love mercy, And to walk humbly with your God?"

In these terms, my gran's life and recent death was a beautiful success. Not one without tragedy, but good nonetheless. In these terms, also, it is not clear what I should do day to day, but there's a general orientation that recognizes my smallness and the sense that the ends never justify the means. In some ways Eug, Noah, and Eli are the best barometer of how things are going- If I am doing well loving them, even if my PhD is tanking and I'm eating junk food, then things are good. I know it's more complex and there's self-care and self-actualization and all that (and I'll probably write about that sometime, soon). Sometimes I act as though feeding them really good food and giving hugs is the same as loving, and it's not. Sometimes it's even the opposite. Good love is a pretty ephemeral thing.

Which is to say, all the excitement and ideas I have from week to week may be totally awesome (we dream of farms and adoptions and teaching public health) but the fear that my life will not amount to much is no longer a jarring one. A small life will be very good.
No comments:

Inspiration for the weekend

Here are two fun sources of inspiration for the week- a tiny home, and a series you can watch in its entirety on Youtube: Escape to River Cottage.


I am inspired by these videos even as my tomatoes- my major crop this year- failed pretty badly. A disease swept through and decimated them at a moment when I just didn't have time to figure out how to save them. There'll still be some tomatoes- enough for Noah and Eli to snack on- but nothing more than that. Our 4 grape vines are doing really well in tires, and I have four granadilla vines that I'm hoping will also give a lot of fruit next year. That, together with 3 blueberry bushes, 4 lemon trees, a little pomegranate tree, strawberries, herbs and a lot of spinach, and there is still hope of a good amount of food. One day.

Welcome back to the blog, and thank you for visiting. I feel refreshed by the break.

In the new year, I'm hoping to mix photo blogs like this one with longer, fairly infrequent blogs about specific topics or questions I've been thinking about.

My maternal grandmother died on December 26th. She has been such a big part of my life up to now, and traveling to Durban to visit my family and be near her was an important but difficult trip. 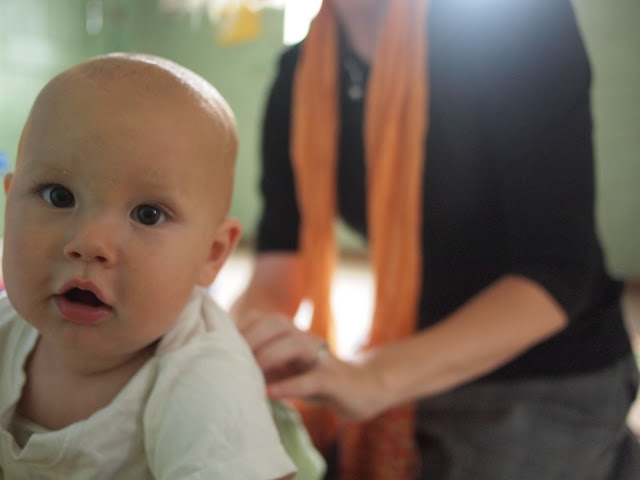 And lastly, Noah's perspective on the world- despite our fears he is very good and responsible with the camera: 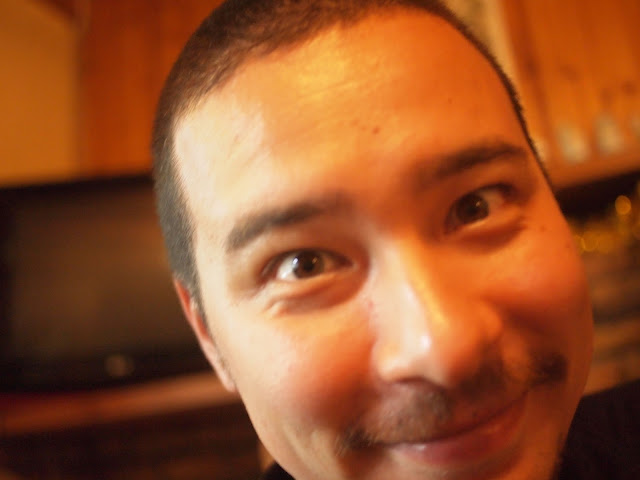 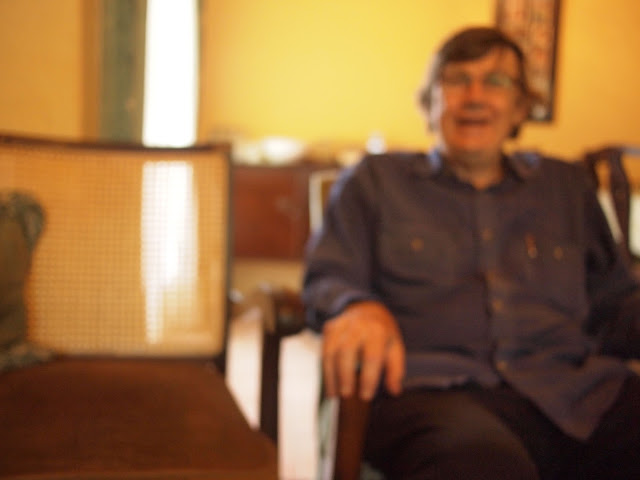 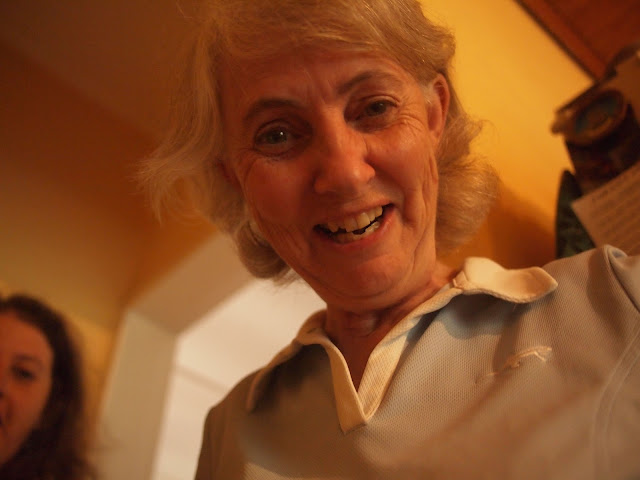