40 Days of Faith and Tiny Houses

Every year our church-- the Greater Boston Vineyard--does something called the 40 Days of Faith (A Faith Experiment) that corresponds to the Lent period. Although each year has a slightly different focus, we're always given the opportunity to ask for specific things from God for the 40 days, perhaps with a new intensity. The asking comes out of a bunch of motivations, but the questions are "what do you want from God?" and "what do you really want from God?" (that is, why do you want what you want- but more on this)

One of the things Eug and I asked for was pretty concrete, and fairly unlikely. We were hoping to find a space in Boston to build a tiny house. A tiny house doesn't need much explaining (though I could go on and on). They are a lot more affordable than buying a proper house and seemed to fit with our desire to live small, cheaply, and close to Boston (with some space to grow food).

Perhaps understandably, nothing happened with the dream of a tiny house. I have seen some awesome empty spaces of land near my work, but I don't have a clue who I would ask or how we could borrow/rent/buy those little spaces. Eug and I also both have the sense that this is not necessarily a long term dream, this is a dream for right now. For me, part of the dream was closely tied to the idea that we would be pay the house off within a couple of years, and it would not be something that forced us to stay in Boston beyond the time we feel called to be here.

For the second question, "What do you really want from God?", I think we've already been getting some answers to prayer.

Living in a small place closer to Boston than Watertown seems to make sense. You can't get much with a small budget, and we'd likely still be renting, but we could probably make tiny pretty fun. In that context, a community garden may help with the challenge of a small apartment space.

The biggest draw for me is the hope of forgoing car and maybe even public transportation for our work commutes. We would be able to bike/walk to work every day, making exercise part of our day without making our work days longer.

More on the work-life balance to come, but I think what's been cool about this process is that it empowers you to leave some things alone-- the big stuff that you can do a bit about (pray, pursue), but certainly can't control, and may not be in the end what God has for you. At the same time, I felt able to identify the essentials that God DOES want for me-- balance, exercise, healthy community, home etc-- and pray and pursue those in a more open-ended way.
No comments:

A Reflection on "Emma's War"

I saw this book years ago in my advisor's office. I avoided it in the years that followed because of it's cover and it's title- a kneejerk reaction against a title that implies that war in Sudan belongs to a British woman in some way (or perhaps, because of the ton of weird psychological stuff that comes with being a white South African woman trying to study Africa and deal with her own demons simultaneously).

I finally picked it up, because it was of the few books in the African section at our local public library.

I was pleasantly surprised. It may be that I'm in a less critical space than I was a few years ago, but I felt like the medium of storytelling left plenty of space to the reader to play their own role in interpreting context. I felt myself thinking more about Sudan than I have for quite a while. And it allowed me to generate many questions.

The story was about what it meant for a British woman in Africa in the 1980s-early 1990s. This excludes a ton of other stories (what it meant to be a soldier in the SPLA, what it meant to be a recipient of aid). The story it was telling, it told well. Emma, the heroine (or villain) of the story had access to resources by virtue of her British identity, her beauty and her personal charm. Despite a lack of real skills, Emma worked for an NGO and had access to UN resources. She was "used" for these resources.

But she edged out of the roles and privileges available to her by actually "playing up" those roles and privileges as she entered into the Sudanese People's liberation army (SPLA) world. That is, her identity loomed large because stepping out- getting romantically involved with an SPLA commander- had massive political and social ramifications. Yet for Emma, love was love was love. It seemed to have no context or boundaries, and it meant absolute trust, faith and sacrifice. The problem was, her relationship had unintended consequences. If there was a way to connect this stories to other stories of aid (aid that kills?) it is this law of unintended consequences, and the inevitability of unintended consequences in a new space.

New Connections
I never thought of Nairobi has the center of aid distribution in East Africa, but it seemed from Emma's war as though Nairobi was an essential step in the aid chain- it was also apparent from this how multiple crises in the region would be linked in very practical ways.

I was shocked by the sheer number of flights aid workers seemed to take in and out of Southern Sudan. This made their presence, their role, and their understanding of their jobs all the more transient.


Questions-- some old, some new.
How can relief be helpful? That is, not development, but actual relief aid in crises?
What rights to information can NGOs evoke when they are providing relief?
What is the international community's role in civil war?
What does neutrality involve? Distance? Is it good to be neutral?
What would it mean for an aid worker to be engaged in a responsible way? Emma was by far the most engaged aid worker, but also probably the most exoticizing and irresponsible.
What are the rights of those receiving aid?
What would Emma's war look like in the 21st century? The same? Different?

News from (a) distance
Expat south Africans are now permitted to vote. More on this soon!
No comments: 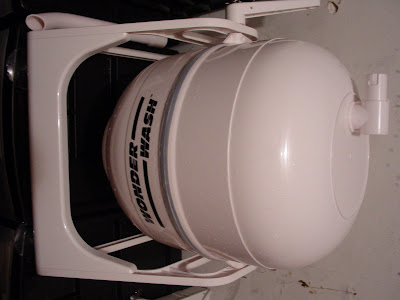 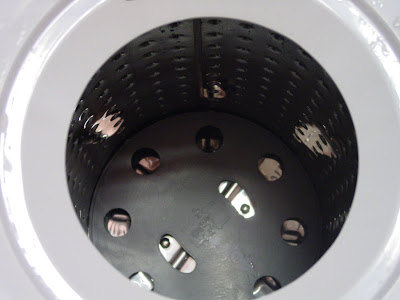 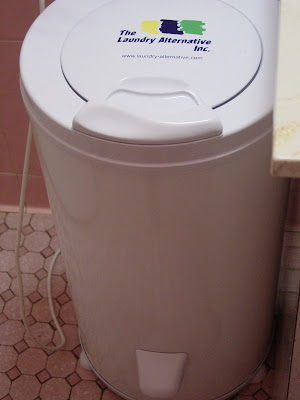 Eug and I have done about three loads so far, and the concensus so far is that it's a good experience (check in with us in a few weeks...)

The biggest challenge is making sure the clothes are well rinsed. The drum shoots the soapy water through the clothes, but putting clean water in after the soapy water drains doesn't completely de-soap the clothes. So rinsing seems to be by hand, for now. The loads are also pretty small so we probably need to wash twice a week.

The dryer is AWESOME. Clothes are almost completely dry after about 2 minutes, and after hanging for a day they're totally dry.

In total, washing and drying a load of washing takes about 15 minutes, so it's totally doable if I could drag myself out of bed a little earlier (which right now, after daylight savings, I can't).

More soon, but for those of you in tiny apartments or in cold climates where drying outside is not necessarily practical, this system is full of potential.
1 comment: 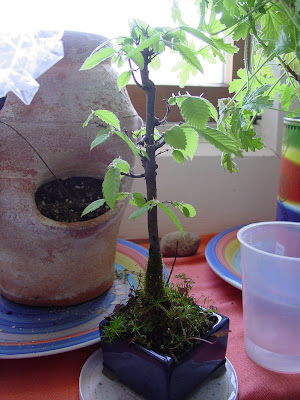 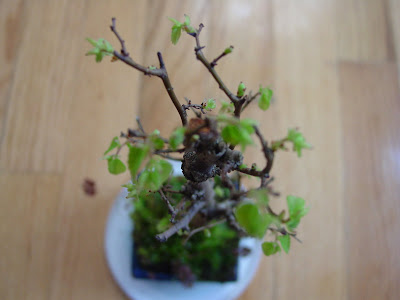 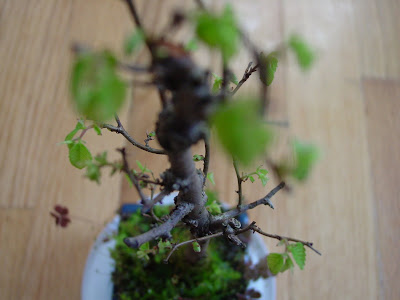