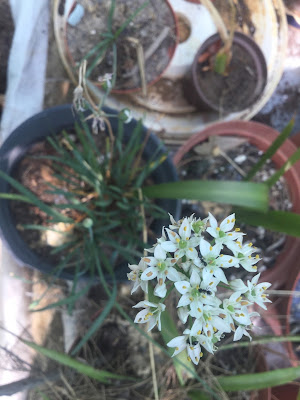 March is a special time for us. We started a Lenten-type practice with our old church in Boston about ten years ago. For the 40 days before Easter, the idea is to reflect on Jesus as best we can, and ask for what we truly want or need, with the premise that this is a good way to experience God’s presence. The process is profound for me because I don’t often step back, pray, or think about my deepest needs in any sustained way.

As part of Lent, Eug and I give up watching TV shows for the month of March. This year we are also doing intermittent fasting. I generally approach the fasting (from both TV and food) with vague dread. More often than I like to admit, a 40 minute show and cup of hot chocolate at the end of the day is the highlight of my day. When lent begins, I go through a slump the first few days. I find the space and silence alarming— I hate how slowly the time passes getting Hana to sleep without having our laptop open! Then suddenly, a few days in, it’s ok, sortof peaceful and calm. Eug and I talk a bit more than usual, I’m more aware of the kids’ need for some special moments in their day (as now I share this moment with them rather than seeking it after they’re asleep), I think more about the big picture.

This month, thinking about the big picture led me to ask for money, which is new for me and may be a bit odd and creepy. With buying the nursery, Heart & Soil (Yup, now you can like it on Facebook!) there have been opportunities for jadedness, cynicism and fear to creep in. The harshness of our economic system is much more personal than previously, and not knowing how to change it in the very small, personal space of our own tiny business. In fact, it’s pretty hard not to perpetuate that system. The act of land ownership itself, one could argue, is fraught. Yet I am convinced it’s better than saving with Apple and Visa stocks because it’s right there in front of us: we’re responsible for how we treat people and how we create value, it’s not spread between a million shareholders who want to see their stock value increase. In this grey area that is ownership, there is space to make progress, to the current limits of our faith.

Here is where the narrative “I’m busy and don’t have bandwidth to take on a new project” was initially paralyzing— I am indeed busy, at least by my standards, and my worry is often that I will not be left with enough energy to give my kids and Eug. Yet there is also this subtle burden brought by the desire to limit and to say no when good things require attention. In a quiet moment I almost immediately felt this narrative of busy-ness is just one narrative-- though there a physical limits to what I can do, obviously. Being happily busy with things that one is called to is surely life-giving.

In this vein… Eug and figured out that the next step for us is converting a portion of the nursery land into a market garden. Historically, vegetables have been grown haphazardly at the nursery— between rocks and rubble, probably on the down-low. It started when one of the employees at Heart & Soil suggested that he had friends and family who wanted to buy Zimbabwean vegetables, and suggested we should grow them on site.  Yet vegetable gardens are not profitable (well, nurseries are not profitable either, most of the time, but that’s a story for another day) but they can still support people, if the overhead and initial outlay can be somehow covered— support people by supplying organic greens, support people by stabilizing employment. One could argue that producing green, growing, stuff is the one thing that SHOULD be profitable. Again, I digress.

Given the out-of-pocket costs of the nursery, we had reached the limits of what we could do, and thought of asking for help. Asking for help means we need to be accountable to others in a different way than if we were doing it all ourselves, that it is not an act of sacrifice or altruism but a collective attempt at arbitrage— leveraging money, skills and social capital to do something that potentially ripples out positively. The ripples are not a sure thing, and they are little ripples not big waves. We're not trying to be heroes or save anyone. Still, I feel totally invested in the attempt.

Thank you for reading this long spiel, and for any thoughts you can send our way- I’ll keep you updated as we set up the market garden-- hopefully we'll make strides in April.