On blind spots (or: it's hard to eat sustainably, from scratch and earn a sustainable moral income while unschooling your kids) 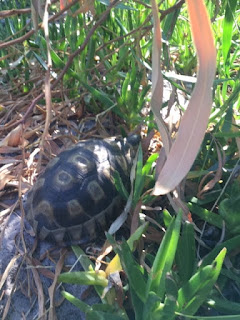 I don’t know the right way to be in this complicated, sometimes fragile world, but I know that if you’ve found it: if you definitively figured out a right way, that seems a sure sign something is wrong. My version of the good is all about having enough uncertainty to stay humble, but not so much that you lack direction or, you know, go insane.

To see ourselves (not the collective ourselves, but the personal) in all our weakness, and to say that we can be brave and step forward tentatively, but never with such certainty we squash the parallel hopes of those who walk alongside us. I never want to be the one who has it all together, because that is the place that excludes the rest of us.

On labels: mother, wife, unschooler, permaculture, Christian, zero waste, farmer, daughter, researcher, activist, friend. I know for certain these are all spheres of huge importance to me, and that I cannot fully inhabit all these identities or knowledges instantaneously or simultaneously. Though perhaps I will have the opportunity to if I am lucky enough to grow really, really old.

But for now: I know that I can’t produce my own food and gently support my kids in self-led learning while caring for my community and supporting myself and my family on an entirely moral, non-exploitatative and fair income stream (doing altruistically motivated, moral and mutually helpful research, or selling enough plants to earn an income but not creating plastic waste while paying our two staff members adequately without making it harder for our neighbouring nurseries to function). (and a million other tensions: bearing 3 kids in a world of climate change, flying to Korea to visit family...or not)

It's a lot, right? But those are the folds-- like villi in our intestines, the surface area if you zoom in enough is infinite, and you cannot be zoomed in and yet see all the folds at once. Family and community helps- family that is willing to come alongside and do bits of things that fit with their own vision of where they are and where they are going. One priority has to be embedded in us, like muscle memory— we have to inhabit one thing so much that it becomes second nature… then another thing, perhaps. In the interim— before I have that layer, the best I can do is to be honest about it. I remember a few years I had a bit of an academic crush on a great economic philosopher, a very famous woman, and I bent over backwards to attend a conference where she was speaking. It was terrible. She came from the U.S. to Cape Town, and deeply misread the circumstances in which we lived and couldn’t understand or imagine another way, yet was fully assured of her own genius. Which didn’t diminish her contribution or her work, but reinforced my sense that we cannot be whole in every sphere. None of us needs a pedestal.

That is, we cannot be right about everything.

We can be brave and say that we do not understand the lives and experiences of all people. That is not to say we give up our perspective, but that we try our best to inhabit and understand the experiences of others, including narratives where we are cast as the bad guy. A dear friend with a very different upbringing than mine once told me something deep: that shouting at a loved one is not always hurtful, and that one can be deeply hurtful without shouting. In my polite world, an alternate dimension (including as a parent) seemed to open up when I thought about that statement.

This idea may be hard to apply in a linear way to the political divisions in the U.S., or in South Africa, yet I think some bit of that does apply, particularly when someone proudly says they are non-racist or not patriarchal. In some ways where we are comfortable and wealthy, we have the comfort of saying the equivalent of “I never raised my voice” or “I always gave money” or “I learned and applied anti-colonial language,” or "I did better than most." It is too easy to cast ourselves as the consistent heroes of our stories. In some ways people like Trump and Zuma make it easier: you can feel superior and self-righteous just by telling the world that you don’t like sexual harassment or inciting racial violence, or by refraining from stealing billions in tax and being married to four people at once. It’s a very low bar. And it is always easier to articulate your rightness when you are already comfortable and have had a few evenings to think about your worldview with a diverse group of friends. It is pleasant and idealistic to embrace a vision for the world when you’re not the one it’s experimenting with, the one who has been discarded by colonialism or capitalism or both, time and time again.

Which is to say, I think we need to have a higher bar, but also be humble about our virtually infinite blindness. I deeply desire a society that cares for the poor, that is inclusive and generous and principled and safe and sustainable and transparent. And yet: I have layers and layers that are none of those things, does none of those things. Yet.  It is disingenuous to argue for your vision of the world without acknowledging your blind spots or actually doing the work of changing and experiencing the deep limitations of our capacity to change.

In the world of morality and faith, I don’t really think we should rank or feel that we are not measuring up. I think we can say: we are finite— there are ways in which we are not acting rightly, and we can do better, slowly (perhaps prayerfully)— one step forward, one sickness or financial emergency and we slide back— but we do not measure the progress exactly. We can check ourselves on the direction and forsake the judgement. We are not seeking redemption through our actions. We are redeemed already, we are simply doing our best with the gifts we have, in our small corner.