This month we asked someone to dig a wellpoint for us. A wellpoint is not as deep or expensive as a borehole- it doesn't require special equipment to dig, and it costs about R3000 ($214) excluding pump, but it's only really possible in places where the water table is pretty high-- there's a lot of luck involved. I've been conflicted on a wellpoint, because I've felt it can be a route towards overusing water and depleting the water table. I also wasn't sure what to do about a pump, because our solar could not provide enough energy for a regular electric pump. In a world with limitless time and energy, I would have dug the wellpoint with the kids and added our handpump to get the water out-- physical labour, and refraining from using electricity, is a pretty brilliant defense against overuse and destruction. But back to our current reality of compromise: we paid someone to come and dig a wellpoint, and put in an electric pump connected to the municipal electricity outside our house. A concession involving fossil fuels, but a happy one. It isn't an excuse to waste water, but it seems to add resilience and to ultimately use our resources more wisely. With level 5B water restrictions in Cape Town, this was the way to keep our fruit and nut trees growing legally this season. Our wellpoint water tastes like it has iron and maybe some calcium in it, but otherwise seems pretty good. Our animals also like it.

Apart from decision-making around our trees (and I'm confident we could have kept them alive even without the wellpoint, it would have just been harder), I felt that our lives have been altered a lot less by the water crisis than most people. At work we currently only flush toilets occasionally; people are keeping their water in their bathtubs, reusing rainwater for laundry, and faithfully saving water in all kinds of different ways. I'm so impressed by these efforts; I've noticed a tone of survivalism but also of strain and restraint-- that people feel this is not normal and that it is difficult (making current water use levels unsustainable for the general public in the long term).

The drought is likely to end next winter, and I want to advocate that households develop systems that mean that the next drought will be less of a crisis. Not relatively expensive interventions, like wellpoints, but cheap ones: dry composting toilets (my #1 soapbox), setting up rainwater collection, and very slow flow hot water, all normalize lower water use.

In other news, we saw our resident tortoise again-- it's been about a year since we saw him last. We spend a few minutes together, then it went on its way. I do sometimes wonder if we could provide him with a girlfriend without interfering with nature too much (i.e. if there was a tortoise rescued after a fire, we're the closest thing to nature, Cape Nature!) Don't worry, we'd never take an animal out of the wild.

We also have 2 annoying freeloaders in the form of Egyptian geese. They're eating my tomatoes. They're eating our animal feed. But they're a bit beautiful too. So we're stuck simmering outrage that they're stealing our precious produce, but we're not serious enough farmers to take any drastic action. Okay, we're not taking any action, though Eug and Hana sometimes yell at them. 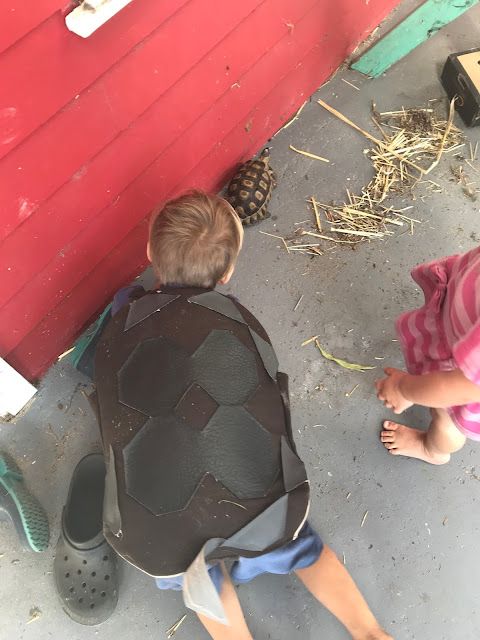 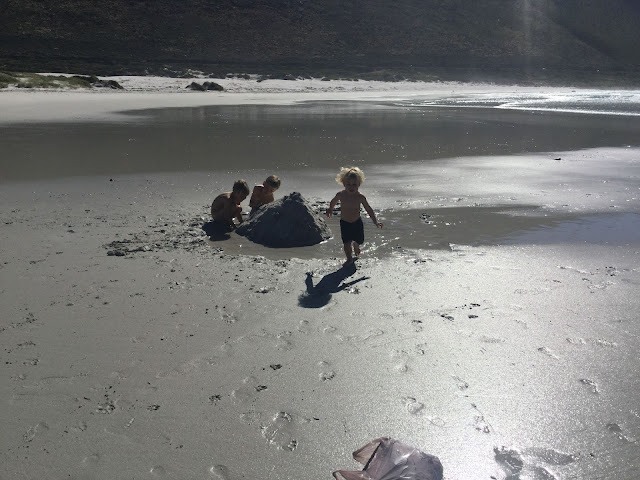 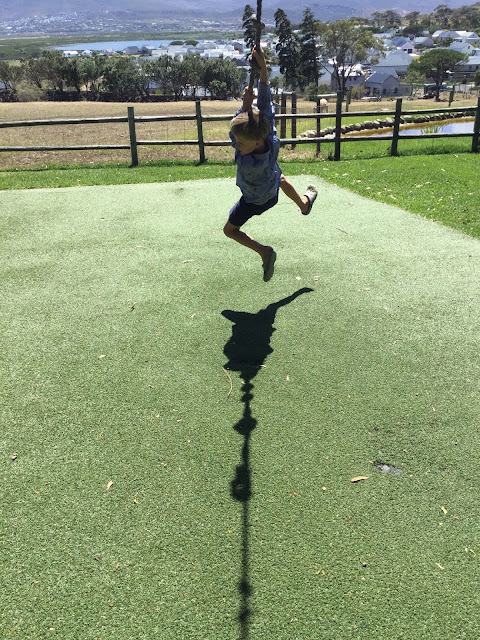