The protests in Masiphumelele are over for now. I'm not yet friends with anyone living in Masi, so I'm reticent to blog about the protests themselves. The mood on our street was survivalist, to the point of others discussing weaponry (some blunt kitchen knives, in our case, 1000 rounds of ammo and a few grenades, in others) But I'm not really friends with those on our street yet (though we're getting to know people!), either, so I can't really even speak with authority on the more middle-class reaction to the protests- I guess I can only speak for my own reading of things. I'd be inclined to think that the police were reactive (and violent and incendiary) in the beginning, and much more pro-active and thoughtful (and less violent) later in the protests. Using somewhat heady language, it seems it is the responsibility of the oppressor (the police, the state), rather than the oppressed, to act with care and restraint. At some point the overall tone of news shifted towards less incendiary, racist language. We are fine and I hope I'll soon be able to write about our neighbourhood with much more knowledge and understanding.

By coincidence, around the time when half our street left for the week due to the protests, and those of us who remained were told by the joint task force to get ready for evacuation, we gave our fridge to someone from Masi. This was my only real interaction with a neighbour from Masi during the protest. It was striking that there we were, in this heightened state, doing absurd things like hiding our car and getting a go-bag together with stuff we'd need if we had to run to the nearby mountain (yeah, with a 2 week old and 2 weeks post-partum-- I don't fancy my chances in a real emergency...). Meanwhile, our neighbour from Masi was mainly just frustrated rather than fearful, because she wouldn't be able to get to work the following morning. Her house and everything she owned had burned a couple of weeks previously (maybe connected to the protests, maybe just a reality of overcrowded and fire unsafe townships-- they don't really know yet). I reflected on the ways that our society generally, and recent reporting on Masi in particular, had created pretty fearful portrayals of "violent mobs", which bred racially-infused fear rather than understanding.

The protests in Masi coincided with unprecedented student protests nationwide over university fee increases. Even though I've spent most of my life at various learning institutions, I'm not sure of their role in social change or my role in them... if I were to cherry-pick my role I'd be interested in figuring out how we could be more down-to-earth about responding and speaking truth to local problems. Providing knowledge to all is a central part of that. I was inspired to be more thoughtful on this blog about who I am saying our evolving lifestyle might work for.

I've tended to take the Mustachian view-- which is from the perspective of a very first-world U.S. (white) guy-- that we have way more life options than we think, and that if you're reading this, you probably do, too. That we are rich if we are vaguely middle-class. I feel so strongly, in this age of global warming, that we need to be a generation that produces rather than consumes. But figuring out what that means is super difficult given that my baseline consumption bar is set pretty high: I am speaking from a place of many-layered privilege, and my perspective is shaped by this. I am mainly hoping that writing about our [privileged] choices will make them slightly less weird for the next person who has a bucket toilet, or a rather limited solar power system, or whatever else we try next. Because downward mobility on the part of the privileged is an important part of social change. 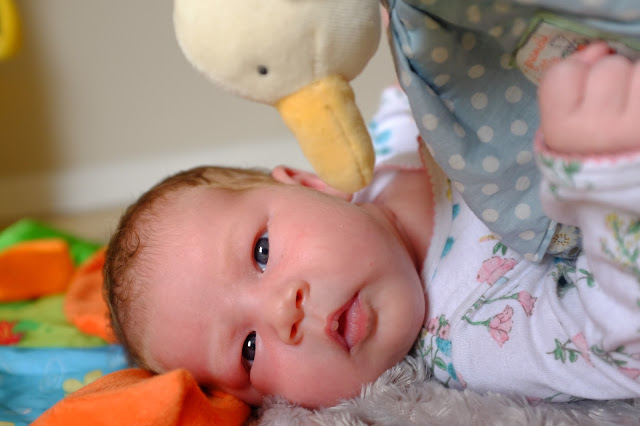 On to the much more current survival challenge:  keeping our family of five sane, fed, and sortof cleanish. Hana is a wonderful little human. She smiles. I love newborns. I love that you just have to sit and feed them, and together figure out life. The hard part is the sheer physical toll of having another baby and needing to take care of the other ones, to keep the house clean, to cook, to not let trees die. For Eug, about 3 days after a new baby is born, he starts to get antsy because he hasn't worked on his projects. The great thing about having a third child is that one can recognize patterns and no longer judge (hopefully). For me, antsiness starts about 3 weeks in so I've already dived back into trying to prove my post-doc worth while realising how silly I'm being.

Eug recently spent a day on this table. Our dear neighbours JP and Alina gave it to us when they left for Seattle, so Eug shortened the legs, sanded, painted and varnished it so it could work as our dining table. It's wonderful (thank you JP and Alina). We've mainly eaten meals sitting on the floor, and we realised that we should in this house to save space on chairs. We were going a little crazy trying to eat with our strange assortment of chairs, so this project definitely promoted immediate sanity. Eug is hoping to build some seating that doubles as storage in this space, which will also be a backrest when we're eating. He's using waste wood from around our property, which makes it a much longer project than it would be otherwise.

As I mentioned earlier, we gave up on making the fridge useful, and decided it was silly to keep a working fridge as a glorified box for food. Also,  Because our freezer goes off at night, the top of the freezer is a lot like a fridge, so we're using the freezer as both a fridge and a freezer. It works pretty well, and also freed up some space. We're looking at whether a solar freezer or a wind turbine would be a better option for the long term... Or maybe we should just get a dairy cow... or a goat..

We're doing a lot of scheduling and goal-setting to stay sane. Scheduling food, scheduling work, scheduling special time for Noah and Eli, making super low-bar goals to be happy about reaching (keeping kids secure: mmmeh sortof, not running out of food midweek: TBD). The goals seem a little absurd. Nevertheless, when we list "Eug and Jo getting sleep" as a goal, it somehow gets more attention, and it's more apparent if that goal is at odds with another aspiration, like, working 8 hours a day. We're starting with each of us working 1-2 hours a day and building up from there.

In the general realm of focusing on our kids' development given that they're not at school or daycare: I'm taking the kids to a neighbour's pool (thank you awesome neighbour!) to practice their swimming, and supplement their lessons. One of our goals for this year was teaching the kids to not drown when in water. And the year is fast ending... They love their swimming lessons so our first attempt at getting formal help teaching our kids stuff is going remarkably well. It helps that it's a physical goal, and that it's a pretty lightly held goal. It's totally not essential to our kids' growth and development, or the happiness of our family, that the goal is achieved this year. For our bike goal, the kids are just riding in circles in our empty reservoir. We won't fill the reservoir until they're good swimmers and the fencing around it has grown in nicely. We're also trying to follow our kids' interests as much as we can since we're home a lot. This book is awesome at suggesting specific steps to facilitate learning without taking over.

It's interesting that the things that are easy to set concrete goals for are not the most important things: character, caring about other people. You can't really make goals about those in the same way. It's something that we work on together (on ourselves first). We're learning about character and kindness by learning how to live with one another and express ourselves in ways that aren't hurtful. Which, when I'm sleep-deprived, is not exactly easy.

It's hard in the middle-of-the-night exhaustion, but if I look back rather than focusing overly on my tiredness, I'm amazed at how far our kids have come already, and that we have three healthy kids despite the fact that I mainly ate chocolate during pregnancy. In the moments when I'm struggling, it helps to focus on how few tantrums we have nowadays, or how helpful and kind the boys can be. And less on how annoying it is when Eli decides he is a mouse and won't stop squeaking. In all their absurdity, these are good days.
6 comments: