How to think about biodiversity and food production simultaneously 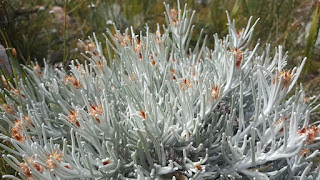 Wendell Berry has written over the years about the divide between the desire to preserve nature preserves/parks and the agricultural sector: between nature as something to be preserved and … well… consumed by the hiker or the watcher or the tourist… whilst food is almost beside the point. He describes the ways in which nature gets turned into agricultural land, and how that agricultural land is used up, consumed. Farmers and rangers end up at opposite sides of an impassable crevasse. 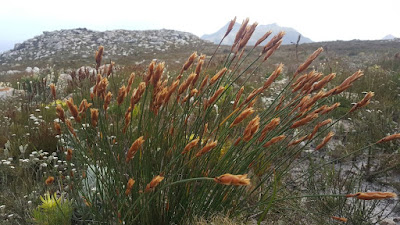 Yet these two groups are actually well-poised to be partners. The farmer understands the natural world from making a living carefully harvesting life and livelihoods out of the soil: life that they pass onto you. In a world of runaway consumption, many farmers have also lost touch with biodiversity and wildness.


For those of us pursuing urban agriculture in Cape Town, engaging in this tension seems really important. Not to find the perfect answers, but to acknowledge the complicated reality. To choose engagement rather than being right. 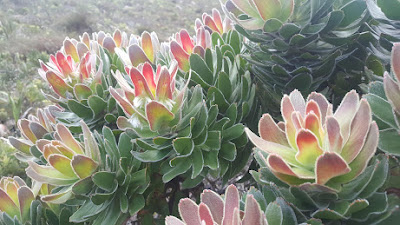 In Cape Town, much of our income revolves around tourism, and much of our tourism is centred around our fynbos biome. We have this really unique biome, and we need to preserve it. And that is not in question: fynbos is special and important. 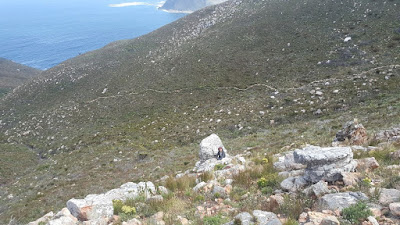 I think what is up for debate is how much food a city can grow. And if there are ways to integrate many kinds of plants into the urban environment. By doing so, to take pressure off the edges of the city, the National Parks.

What I wish for is a way to actively understand our biome— to preserve the open space, the endangered species, and so on, without ignoring the fact that each time we eat we engage in the natural world, and there are better and worse ways to do this. So that all those people who passionately talk about indigenous plants, become equally competent in the art of growing food. 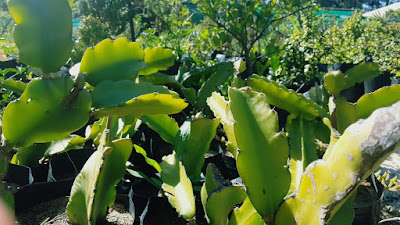 At times, one’s vocal hatred of pines and gums and port Jackson has become synonymous with a certain right way of being in Cape Town, and I feel this shorthand is lazy and unhelpful. Our world is too complex a place to operate using these markers as symbols of our rightness. Port Jackson (Acacia saligna) stabilized the sand of the Cape flats. Gums gave wood and forage for bees, pines gave us wood. There are times when when declaring something an invasive is a way of saying you know ecology. Yet even the official invasive list is often nuanced: often there are exceptions if you using a tree for firewood, or fruit. There are exceptions for urban environments, where no-one can really assert what is “natural” or “native:” we have paved over too much to call our environment natural, and the question that remains is whether we can make it simultaneously abundant for humans, for birds, for insects, for bacteria and fungus. I am convinced we can. 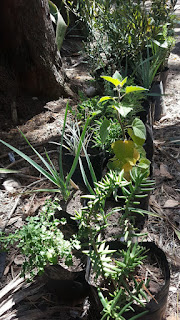 The problem seems to be when plants are grown with maximum profit in mind, particularly when there are monocultures (pine plantations) without attention to the ecosystem, or when someone owns too much land to actively manage and care for the land they have (port Jackson takes over). To me, these are both problems of neoliberal capitalism running rampant, not the species themselves.

For our space, our goal is to make it as biodiverse, resilient, water secure, and productive (for us, for others and for wildlife), and to actively support this biodiversity as best we can. At times this means leaving the native soil so that it can continue to grow proteas, at other times it means leaving the much hated port-jackson as nurse trees for our fruit trees, so that somewhere else fruit trees do not have to replace native habitat to provide our fruit. Later, port Jackson will become a key food for our goats, so that we do not need to ship in hay from far afield. In a space with intense wind and no water, the pioneer species that may be invasive elsewhere often barely eek out their survival. Our bees forage the gum trees in our neighborhood. We collect mushrooms under the pine trees, and enjoy their shade on walks. To be clear, we occupy marginal land, and our choices might be quite different if we had a property for sale on the mountain, adjoining the national park.

Rather than valuing neatness and a preconceived idea of beauty, we need to be creating resilient households, and we need every tool in the book to make that possible. The solution to so many unbalanced ecosystems is to observe, and gradually make changes, and to actively make use of whatever contribution provided by the pioneer species. For example, with Port Jackson the solution is to actively use the wood and leaves to improve the soil, and to gradually reduce the number of trees. Gums, apart from preserving our bee population by providing forage, also show promise for use growing shiitake mushrooms, and imagine the amount of native habitat that could be preserved if mushrooms were grown on waste wood? That is, when we cut something down, let us do carefully, slowly, and with multiple purposes in mind, and a plan for what will be there once the pioneer is gone. 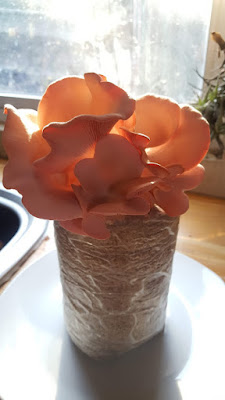