On Tuesdays our usual ride is to Oude Moulen ecovillage in Pinelands. I've done the ride three times, and part of me enjoys it and part of me is indignant, full of adrenaline, and using every ounce of energy I have.

According to the Cape Town bike map, there are two bike-accessible bridges over the freeway/highway, between two freeway onramps/offramps. But in reality, one of those bridges has been completely removed, and the other can only be reached offroad, which I'll describe in a second. The first time I rode, I ended up having to cross the highway via the offramp at Berkeley St, which for the most part avoids the actual highway, but had to take a gap between traffic zipping on and off it. It was semi-safe, but not something I'd like to do every week: while the speedy trucks along Berkeley were mindful and gave me space, that is not something I anticipate to be true for all time, I think we were lucky.

So this is the dirt path, which is to my knowledge the only safe way between Obs and Pinelands, yet will be muddy and unpassable in winter, beautiful part of the day and year, and creepy and unsafe the rest of the time. Right now, I'm embracing the beautiful part. 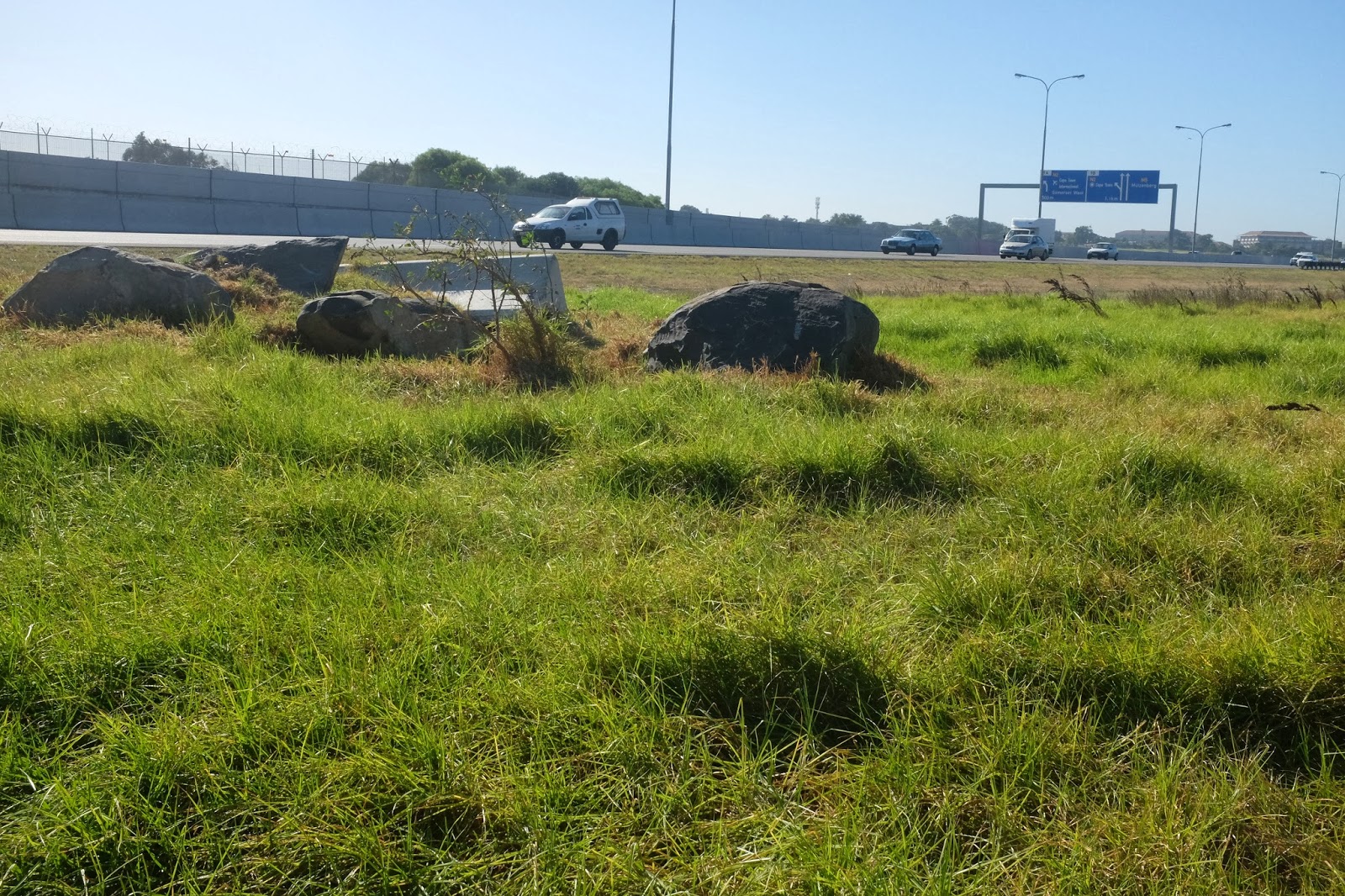 While this is currently the best route between Pinelands and Observatory, it is not a bike path. It will be flooded during winter, and unsafe in anything but full light. The alternative routes on the freeway offramps are dangerous. The slightly longer route via Raapenburg road past Vincent Pallotti hospital is likely one that many experienced cyclists take, and we're happy taking that route on a Sunday, but during the week the sheer volume of traffic rushing off the highway and accustomed to a yield sign (which few people take to include bikes) makes it feel relatively unsafe. Having driven on and off the highway myself, I know it is difficult to see and account for cyclists, and the double lanes mean that cars are often going between 80 and 100km/hour.

One solution would be to create a way through the Valkenburg hospital. I know there are complexities to figuring out bypasses and access, but using the existing tar road to get to the bridge would make the route convenient and safe and I believe more people would try it. In the larger picture of making Cape Town more livable, healthier and more sustainable, it seems to make sense that this is one piece of infrastructure that should belong to everyone. Does anyone know someone working at the Valkenburg who I could check in with?

"...part of me enjoys it and part of me is indignant, full of adrenaline, and using every ounce of energy I have."

I feel like those are just about the same thing when it comes to using a bicycle for transportation. Many days I'm just about powered by adrenaline and indignation!

And I remain jealous of your summer, at least as far as bicycling is concerned. I wanted to take the kids up to the library in the big bike this morning, but I couldn't get it out of under the porch because there was too much frozen snow... :(