I've been pondering how we as parents express beliefs in relation to who we are and what we do. In these updates, I want to focus on what we're actually doing, because I guess a lot of the belief stuff can just be jarring and alienating, whereas the stuff we do with our kids, and how we do it, that tends to be stuff that we're all doing, in one way or another.

February was a month of visits from friends from the U.S., and unexpected dental surgery for Noah. There is nothing quite like toddler dental extractions (2!!!) to dampen the smug self-satisfaction (well, actually mainly insecure hopefulness) of one's parenting. Actually, it was that and the fact that the dentist asked "is he speaking English??" (YES!!) that led to some self-doubt.

For goals for the kids, we kept on with swimming but with not quite as much passion as in hot January. Noah is almost swimming without water wings, but Eli is more enthusiastic in rivers.

After the dentist visit, we're working every day with Noah on helping him pronounce words so that others can understand him. We use Mommy speech therapy rather than seeking out a speech therapist, because it feels like something to work on daily (and, well, money...). There are a bunch of sounds Noah struggles to pronounce in specific settings, and we've tried to be up front about what we're doing and why. He seems happy to try talking through worksheets with one parent, and sometimes Eli will join in pronouncing easier words. He gets a smartie per worksheet, so it's not exactly self-motivated, but it feels somehow important enough to try.

The third goal was related to having time alone with each child. When one of the kids had a little time (15-30 minutes) with one of us attentively willing to just hang out, everything felt more manageable. We still put the kids to bed separately, which is ridiculously lengthy and involved, and so I guess they get plenty of attention, but perhaps could use more time apart from one another.

The lesson from February has been something about being in the zone, where the kids feel genuinely able to continue doing something without squabbling. The electrician came to bring the house up to code before transfer, and removed 100 year old electric fixtures, which the kids could play with for hours (even better when Eug hooked up an old bell to actual batteries!) Noah was super excited because he electrocuted himself a few times (on small batteries) and thought he was extra awesome.

Other activities that worked well: giving the kids a big piece of plywood (2 ft X 4 ft), tilting it and showing them how to make clay "roads" for water and marbles to run down. The messier, the better. The less involved I needed to be, the better. I freak out because I want it to be a Proper Learning Activity, and they just want to go wild. So I leave and go and cook something. And it works perfectly.

Eug built them a little woolen zipline in our kitchen for little things to travel down, which had to be put up every day for a while. 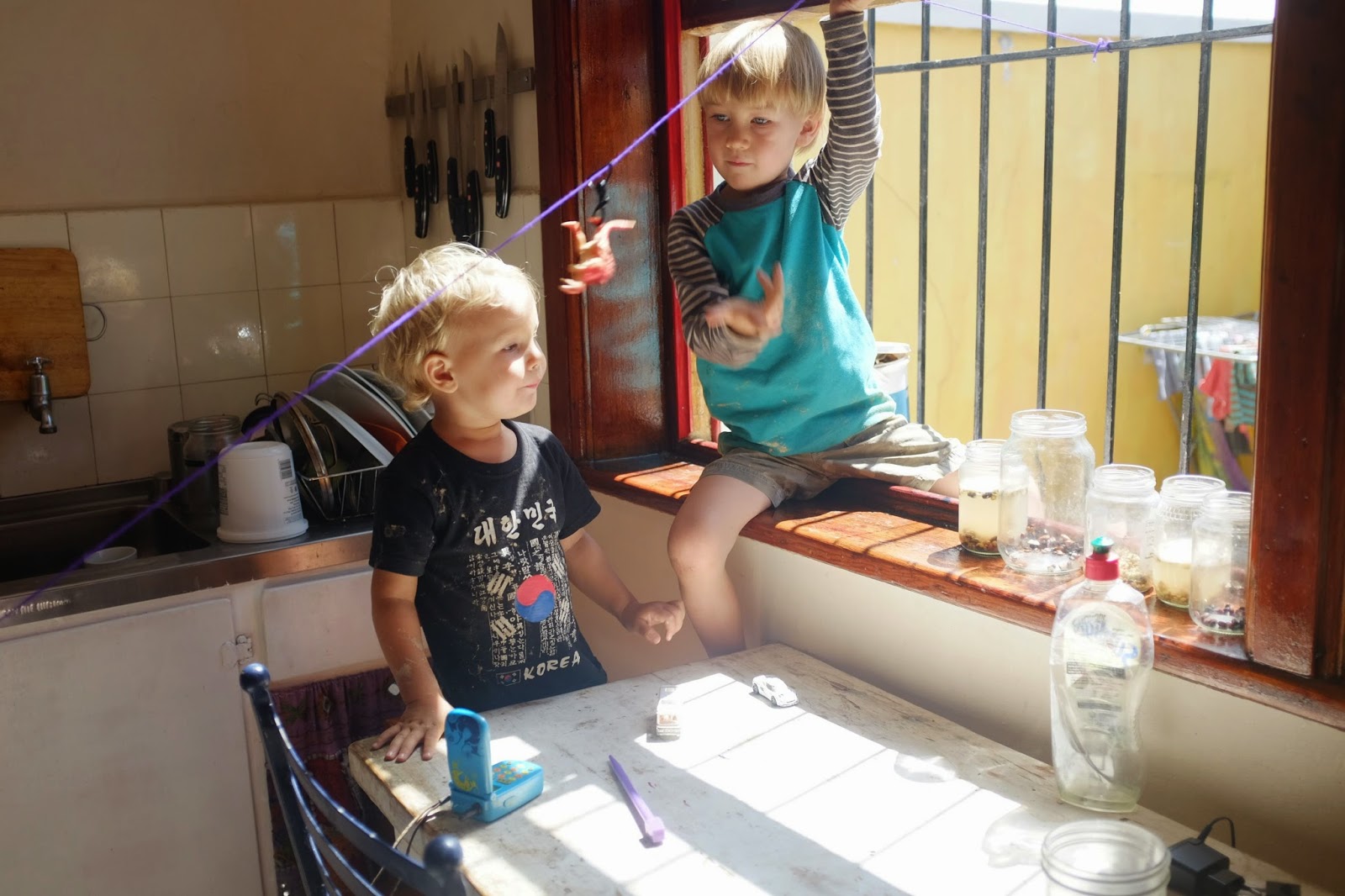 They can play at the beach for ages without needing to involve Eug or I. 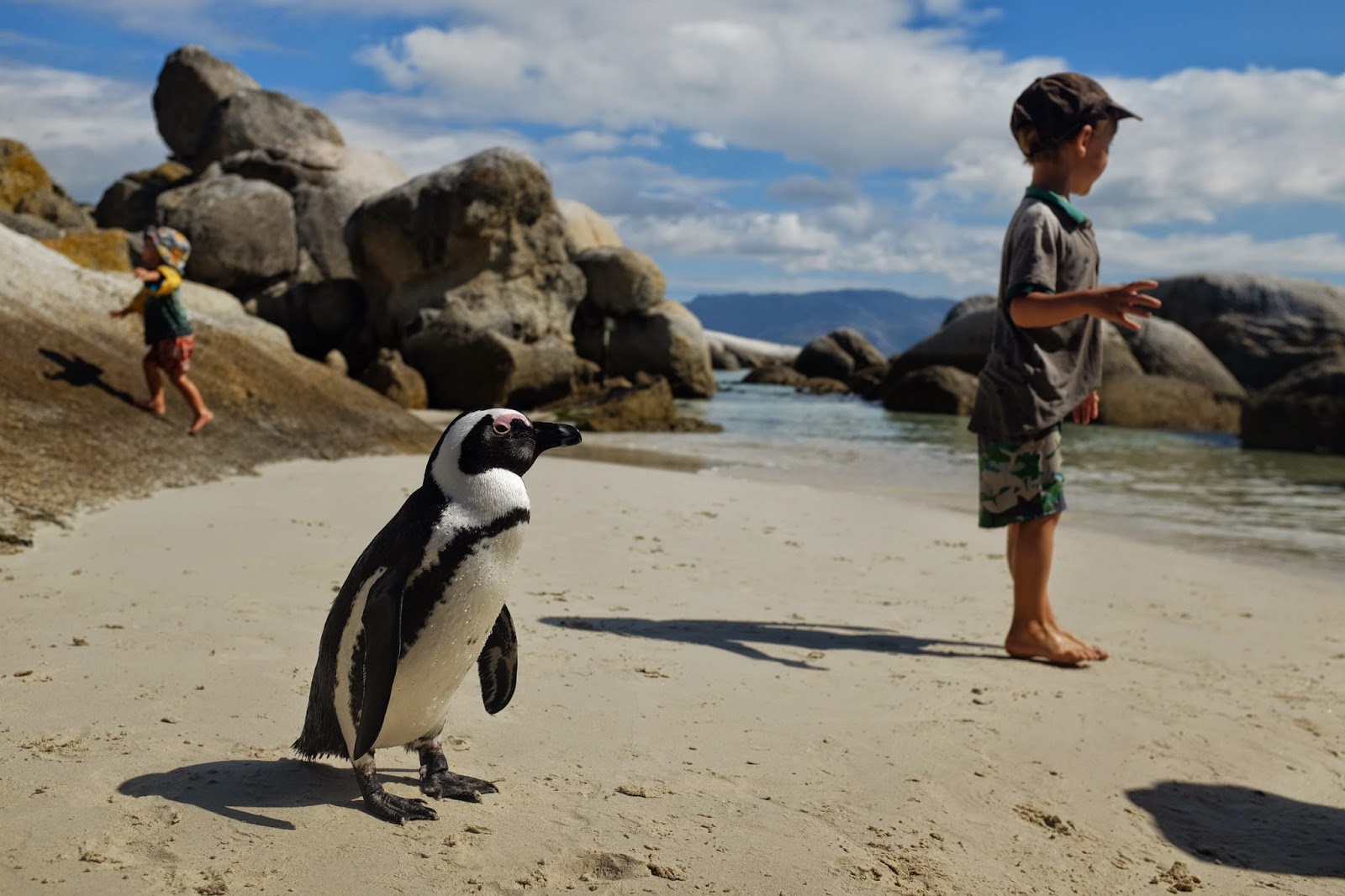 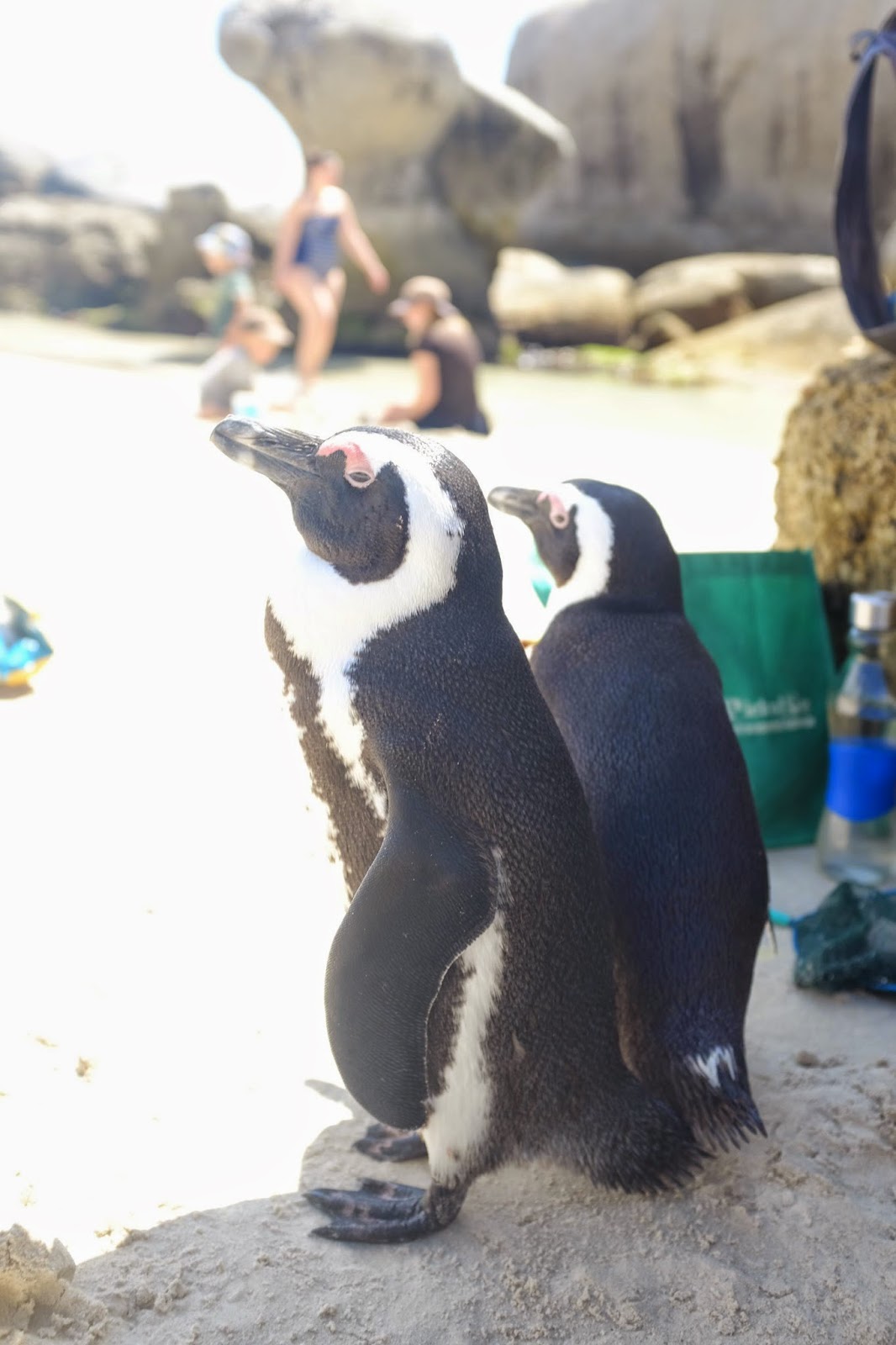 They'll occasionally get in the zone doing other things- looking at books or playing legos. Noah has become obsessed with the "How to Train your Dragon" books.

I love reading about what you're up to with "school".. thanks for the updates! I think it takes a reassuring community--either in person or virtually--to do unschooling: to me at least everything feels fine and natural most of the time, and then every once and a while I freak out and wonder if I should be making Harvey sit down and do worksheets or something. Why? I have no idea.. that just seems to be the thing people expect. Boards with mud on them are much cooler. So are matches: you should have seen our lesson last night, on combustion! (prompted by the boys asking how bombs work...)

Also I will never stop being jealous of beaches with penguins.