Korea, Christmas, and being back home

We went to Korea with a 7 week old Hana. We came back with a 10 week old Hana. The boys did great. Eug and I did well, though we were tired at the end. Seven people in a Korean apartment in winter is cramped. Received a lot of advice from strangers (particularly in Korean, from old ladies.... Eug stopped needing to translate. Me: she just said our kids will die of cold? Eug: yup.). Noah kept saying stuff like "oh this is a toilet without hay!!" or "where are all the flies"?? Life in Korea is pretty much the opposite of our lives here in Cape Town.

I wondered if, like the plateau between income and happiness (that is, after your basic needs are met more money doesn't make you happier), there's a plateau in the relationship between electricity use and happiness. With unlimited electricity, there's little to hem us in and consider what's really necessary. I know I would never have thought about 4 LEDs (in our sunroom) versus 1 (our verandah light) unless confronted with the prospect of draining our solar batteries and ruining their battery life. But using the 1 LED doesn't negatively affect our happiness. Nor does not owning a fridge (though giving up our freezer would). Anyway, I guess that's a plug for ridiculously circumscribed solar, even though it's not very cost effective or efficient.

Before we left, the boys were swimming like crazy: 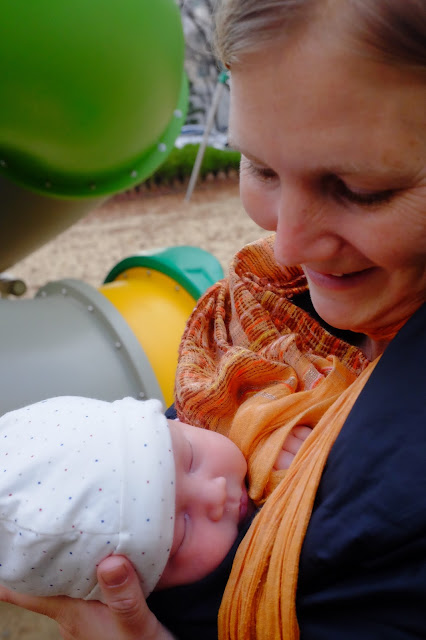 At one level, she barely noticed we were on a different continent. On another, there were a couple of days when we first arrived, and when we traveled, where she was clearly overwhelmed. We realised that airplane and all that followed represented her first experience of electric lighting. Not because we're complete luddites, but because the sun sets late in Cape Town in summer, and while we'll occasionally stay up by candlelight, we usually only have the verandah light to comfort the boys, and we don't have any lights upstairs.

The kids got Magnatiles from their grandmother. They're pretty cool. 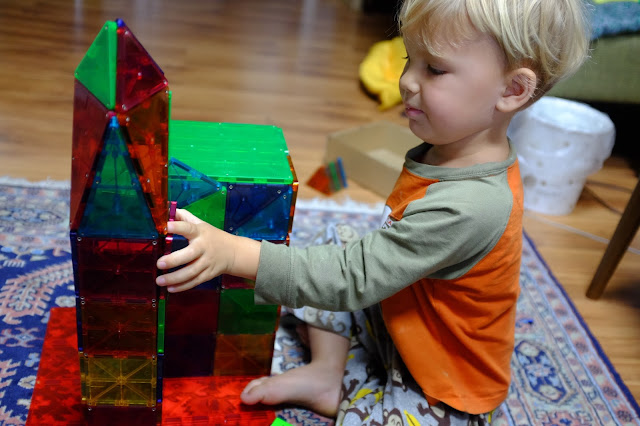 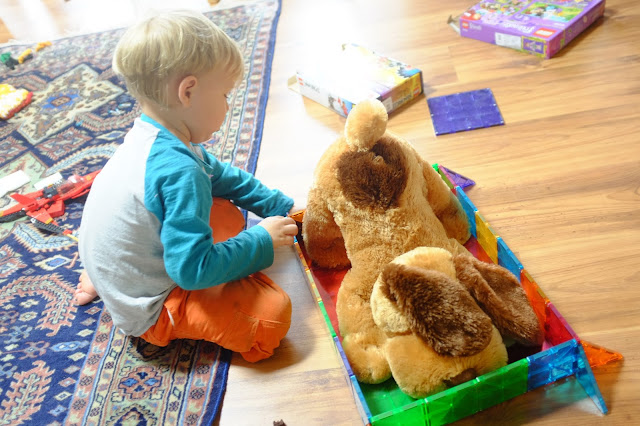 It was cold so we were indoors a lot. We got new watercolour pencils: 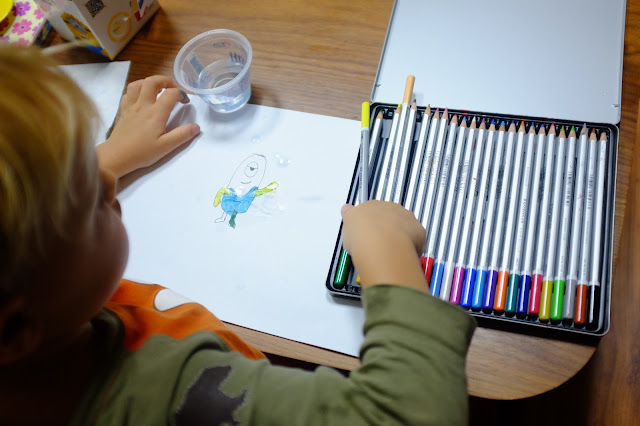 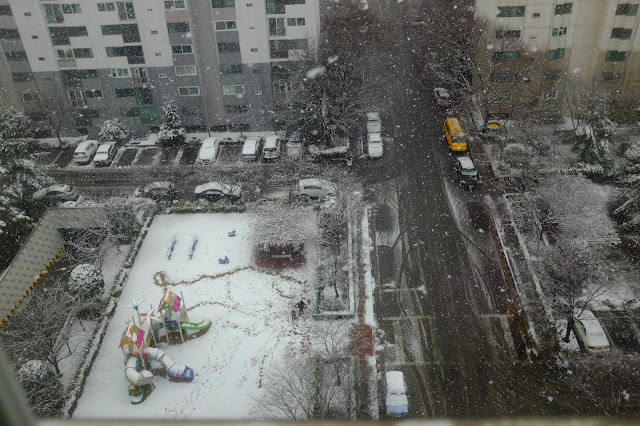 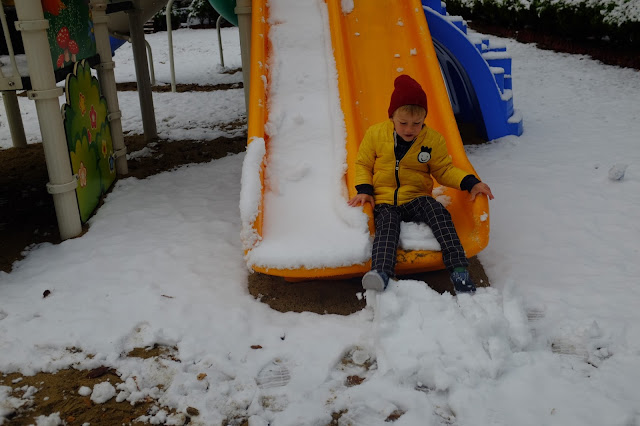 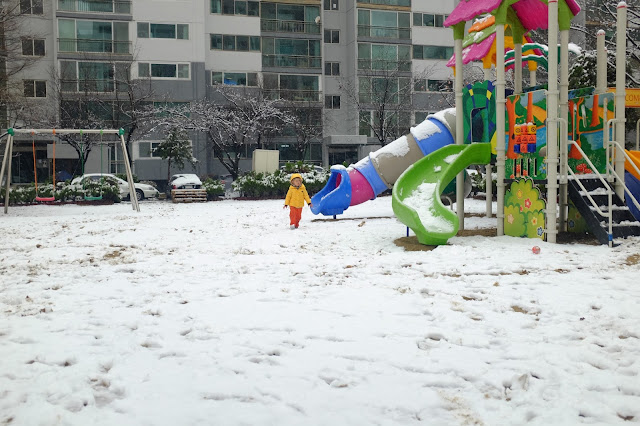 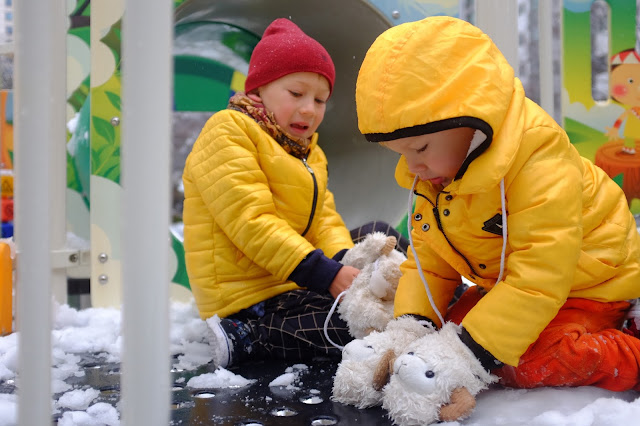 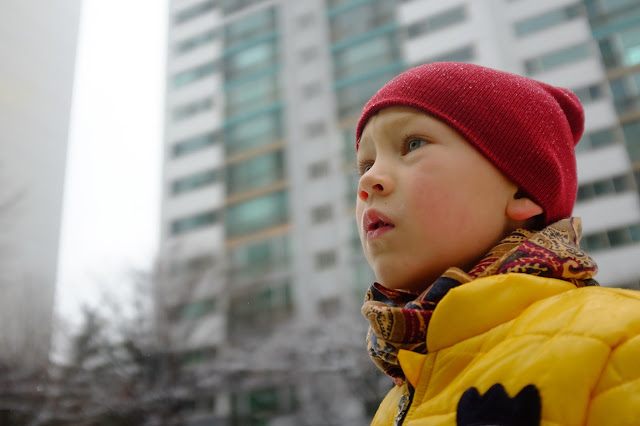 Children's museum. One of the more affordable places to visit..but a pretty long walk from the bus station... and the boys were really sad because the play structure had a height limit., even though it was remarkably safe. 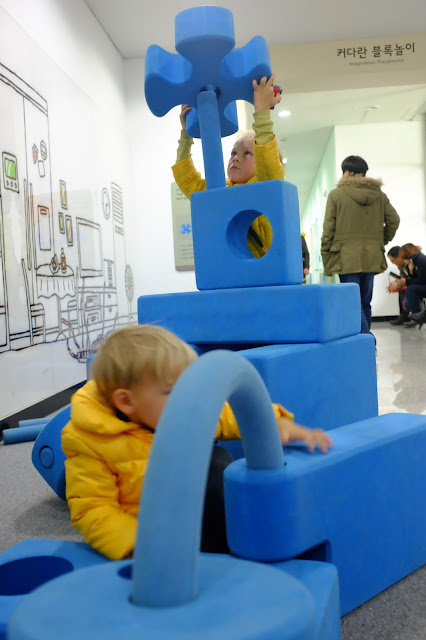 The kids loved eating at restaurants and getting to choose stuff from their grandma's abundant fridge. It's like we had some kind of identity transplant. 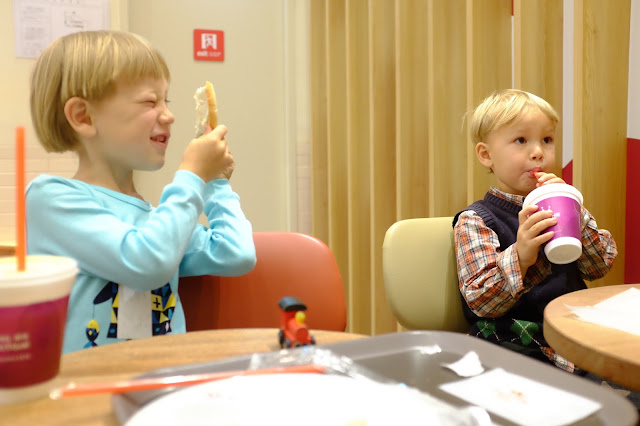 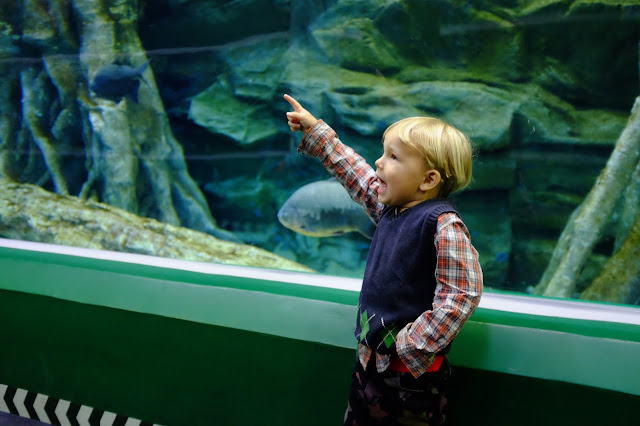 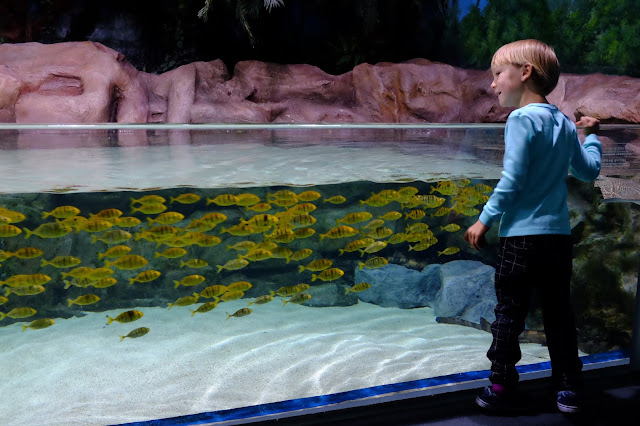 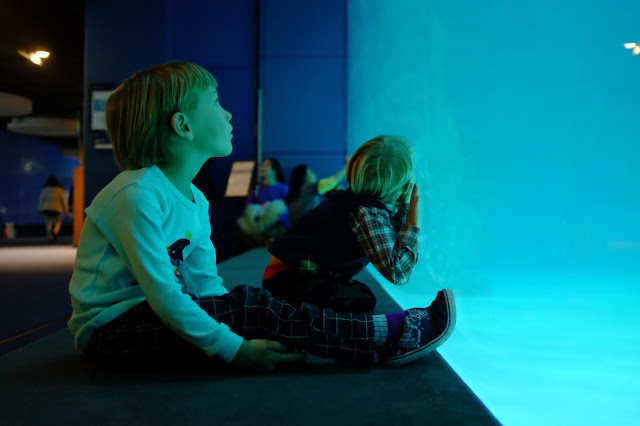 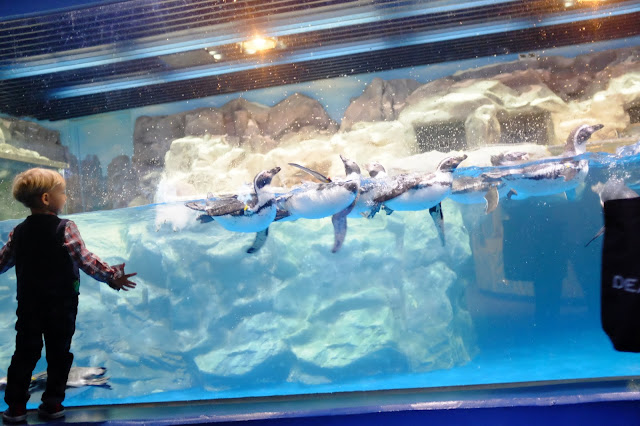 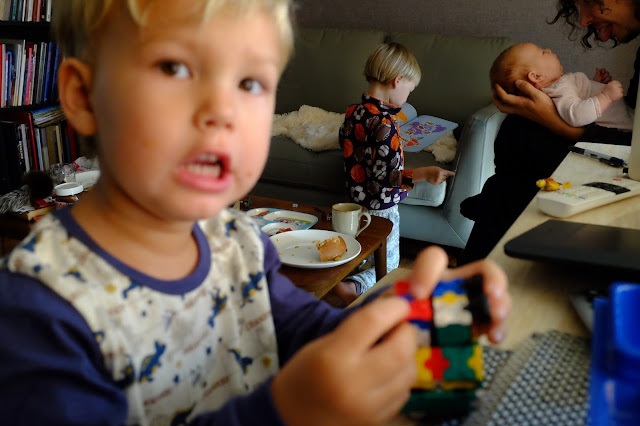 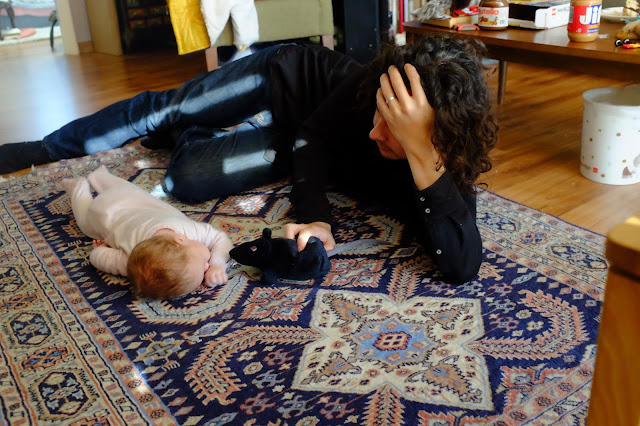 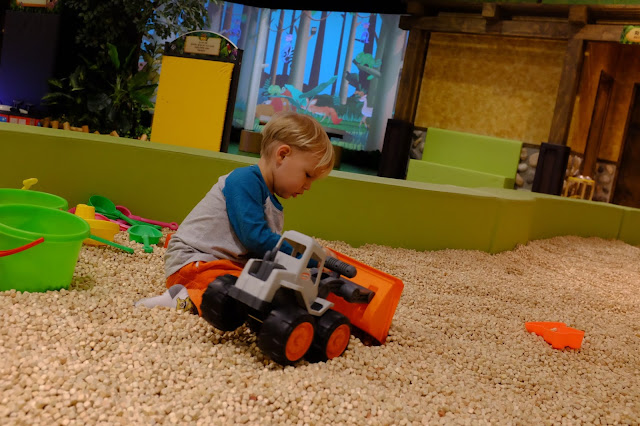 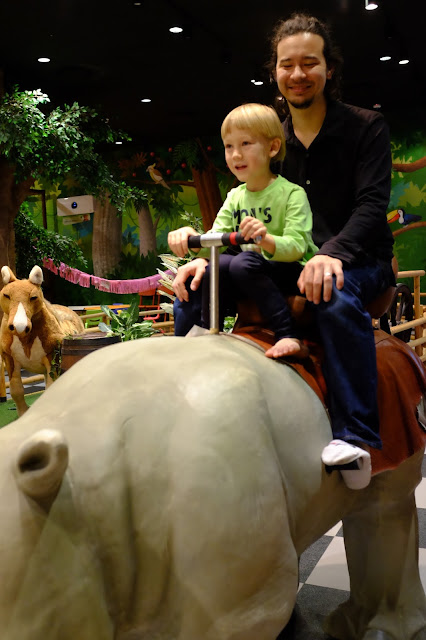 And then, Christmas morning... 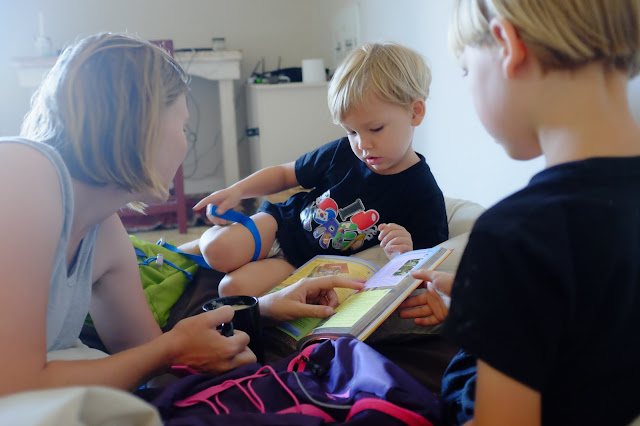 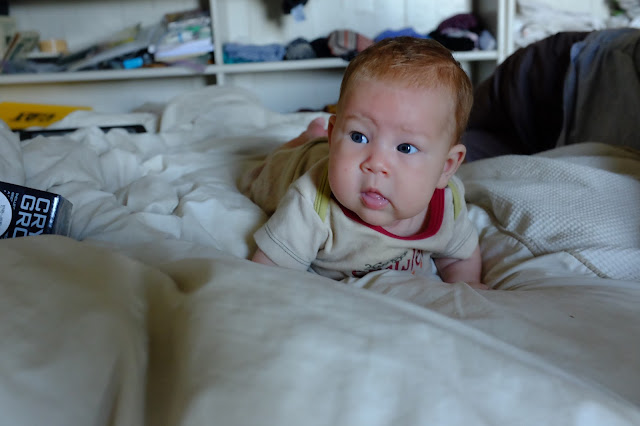 An update on how things are growing on the farm, soon!

What a busy trip! Merry Christmas to all of you! <3

Very cool, thanks for sharing! (A toilet without hay...hehe!!!)