I don't think I've spoken enough about mole rats here. They are these huge creatures that burrow with their teeth. One day we had a fig tree, the next day it had just completely disappeared. The same for our goji berry bush, and a horrendous number of moringa trees. 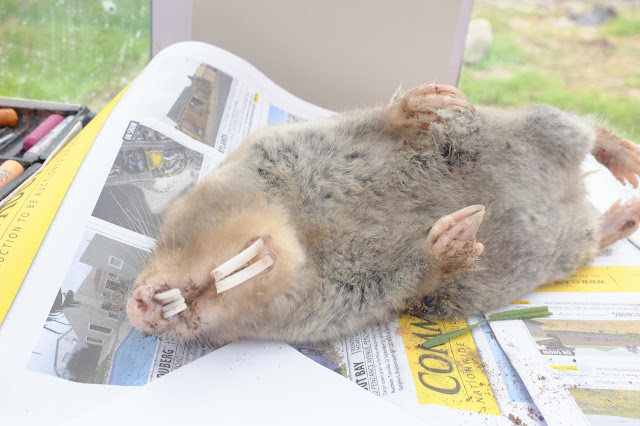 Added to this, gale force winds. These are intense winds, where you can't be outside for any length of time because the sand will whip into your eyes and you'll run away crying. Especially if you're a small kid. If you're an adult, you'll want to but you are trying to not freak out in front of the kids quite so much. Added to this, water restrictions (which aren't so bad but the trees desperately need water during the wind). And the neighbours' chickens. Which is to say, we're not going to get much of an annual harvest this year.

All this, plus three small children, amounts to a stage of life that is totally wonderful, on the one hand, and totally awful, on the other. Which I suppose is everyone's life, but it bears repeating. We have moments of being the picture-perfect family, and sometimes I get emails-- not often, but sometimes-- from people who want to do the stuff we're doing. Not that what we're doing is so different from the average person-- but sometimes, in fits of self-aggrandizement- I present it as such. I'm inclined to think a lot of homeschoolers and homesteading blogs do the same. I think we do it to reassure ourselves.

Which is a long way of saying, if we were relying on this being our homestead to save money and be the source of most of our food, water, wood, etc-- we'd be pretty stressed right now. It's a very long view, and it may not work out (we pray it does). We have a ten year plan that may get us to self-sufficiency in eggs, meat, fruits, vegetables, nuts, and (hopefully) honey. Being able to have such a long view is a huge luxury. So what we are doing is already stretching us a lot, and the way it is vaguely sustainable is a) we built well within our budget, even when we went over-budget, and we're also really into the idea of God providing. So faith + practicality means we're not financially stretched; we have margin to make inevitable mistakes. In fact we're counting on making mistakes. b) while I technically have a full time "job" right now, it is the most flexible and wonderful job in the world, and it only lasts 2 more years. We're trying to save more than half of this income so that after my job is finished we have some options in terms of getting ourselves more time.