We had our first good rain last night. It was brief, but it spells the beginning of the end of this long, dry summer. We've had unprecedented drought across the country. The Rand has crashed (that's due to a bunch of other things), making imports very expensive, but this year we're having to buy billions of rands worth of maize and wheat. Groceries are expected to cost about 30% more this year. And some stuff is just not on the shelves: Nutella, for example. Not that I would ever buy Nutella, of course. hehe. But in the midst of lopsided shortages and changing expenses, it also feels wrong that here we are all deeply dependent for our daily basic foods-- not interdependent but dependent-- on decisions and actions made in offices far away. The problems of growing enough food, and making it available, definitely feels a closer, more intimate issue this year as we admit to ourselves that growing stuff takes time, effort and even some money.

Reading about what people are doing in response to food being ultra-processed, or exploitative, or GMO, can be challenging or annoying to me. Maybe it depends on how much I am the intended audience. I don't really like reading these things where you grow all your vegetables for a year in a tiny little space and it's so easy bla bla bla. I've tried-- it's not that easy if you don't have much space. I also don't like people growing all their calories on their tiny urban farm, even though I'd love to do that-- I've looked at it a lot of different ways and I don't see that as a worthy, attainable goal. I think it's much better to be inter-dependent. But I also have to be a bit cautious about underselling our life because I'm trying to be authentic. Our tentative, first year attempts suggest that farming is a lot of work but I do think a lot of stuff we read about does work. In our experience mulching is very good. bringing in a lot of leaves works. Muscovy ducks really do gain lots of weight quickly, just by foraging. Which is to say, it's a lot of physical labour and we don't have enough time to do a bunch of things we really would like to, but it's stuff you can learn about and troubleshoot, with a healthy dose of luck thrown in. One tiny bit of rain and now I'm getting all cocky, hey. I just mean it's hard but you can do it. And I do think we can make our farm much, much more drought resistant, resilient, (and beautiful) than these ridiculously large commercial farms big corporations (and governments- at least the SA one) are constantly pushing for.

In all this, Eug and I are mainly just managing the push and pull of working and caring for the kids. I remain really grateful for everything we have, even when it's too much. 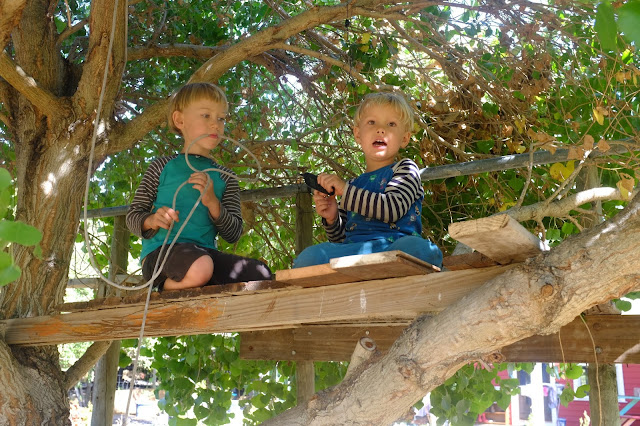