How do communities change?


We’ve recently been asking each other in our research group: what is our theory of change? That is, how do people and societies change? Because this impacts so much on what we recommend in our food work, and how we go about recommending it.

When I was a teen, I read a Gandhi-esque “You must be the change you wish to see in the world” story about a man on his deathbed who wonders why he did not change the world, then wonders if he had first changed himself, maybe his family would have changed, then his street, then his community, and perhaps even his world. And while it had a cliched quality, cliche is what I needed as a teen, and that story is still at the core of how I think about social transformation.

So my theory of change is around change starting with oneself and not worrying too much about changing the world. This does not mean keeping ones head down and ignoring the pain around us (I write this partly in the context of Nene's horrible murder)-- I think it means engaging in that pain but not trying to control the outcome. This is seen as almost beside the point in academic circles, and I agree: systemic, corporate change is essential. I just tend to agree with GK Chesterton who responded with one word to a newspaper prompt “what is wrong with the world.” His answer?: “Me.” While such an answer has quite puritanical undertones, I think transformation begins when we acknowledge that we are not on the outside of some kind of awful conspiracy looking in. While the 1% or Trump or your worst enemy may seem to live in a particularly awful bubble, I am not so far removed as I would like. I do not believe that I am made of altogether different stuff than Trump, Stalin, de Klerk, Mandela or even Mother Theresa. There is a process through which we become more of who we already are, and I believe in that process we can be brave and make difficult choices, and that small acts of bravery can compound and have ripple effects. And that while we can begin with change that focuses on our beliefs about the world and changing those structures, unless we embody those beliefs, it is hard to imagine deep transformation of (for example) corrupt structures without leadership that has undergone deep personal change.

In the food example: I don't think grocery stores are evil monsters, even feedlots seem to be a disaster of endless scaling: the people involved didn’t see their work as involving deeper morality (and it is just so easy to justify job creation), and so they strayed, one profit-driven choice after another. And this is the awful part: so many of us— even those of us who grew up without a lot of money— are direct descendants (heirs, really) of this economy that has valued efficiency, money, and the free market over decency, stewardship, and common sense. And so many of us make one profit-driven choice after another in our own lives, also.

In economic terms, I believe that we transform the little circle around us when we actively pursue downward mobility, and that the ripples move outwards. For those of us with my kind of baggage: when we admit the hold that money has on us and actively try to release that grip.

When it comes to food systems so often the recommendations seem to be along these lines, depending on your audience or your class: Don't waste food! Only eat organic and local! Don't eat sugar! Don't eat animal products! Don't eat fat! Don't eat processed food! Shop at farmer's markets/zero waste shops! Grow your own food!

Having tried some of these things, I think these recommendations don't speak to the core issues in our food system. If a family tries to do one or more of these things, maybe it will be helpful, or maybe they will feel like failures, because to me it is all about the context and depth of change-- that makes things stick, and that makes us realise diet is always an imperfect, messy series of negotiations. In some ways my suggestions wouldn't be terribly different from these recommendations, but hopefully if you're a friend, you'd see the context in which we eat, the haphazard but persistent planting that happens on the farm, the messiness and the good stuff. Because to me it's understanding context that really matters, and makes us feel braver.

So, what else might deeper change involve? I am not sure exactly, but I think it means that we actively deal with our stuff— our fears, our addictions, our pain. If we have to work hard at a job we don’t really like to support our family, I think that is completely admirable, so I don’t mean to inflate the bubble in which we all just go and fuss around in the dirt. Rather, I think it just means being brave, one decision at a time, whether it involves gradually weaning yourself off paid work and cultivating vegetables, or not. Imagining other possible paths that cultivate your talents or whatever special gift you bring to the world. if you’re a person of faith, taking care of your faith and your soul rather than letting a harsh world turn you into a cynic.

When it comes to food, it snowballs: I am not a good gardener, a good composter (actually I self-identify as a great composter but don't tell anyone, it's my special superpower), a good farmer, a good cook, or a good eater. But getting better at these things brings me immense joy, and in the long-term, I certainly do get better, and I have an experience learning that is completely humbling and allows for much better transmission of ideas around food. For example, it is only through having killed various plants that I know how to keep (some of) them alive and growing. It is only working with small companies that I learn what values we hold dear. It is only after eating whole wheat sourdough for years that I now think it's the best bread ever. It's only after foraging and discarding mushrooms for years that it finally became a priority for Noah and I to go on a foray with a pro and start cultivating. 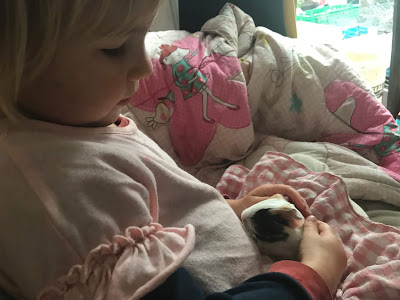 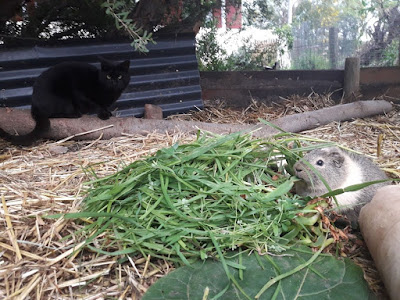 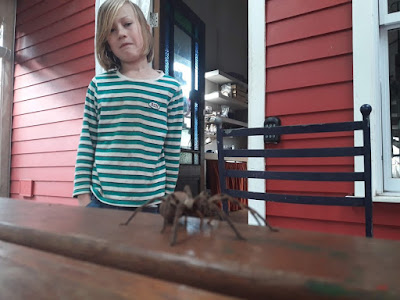 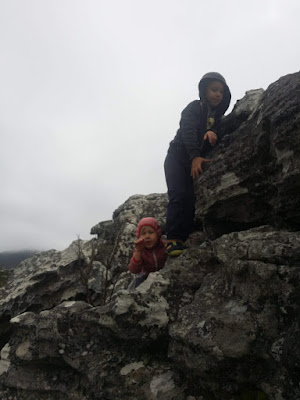 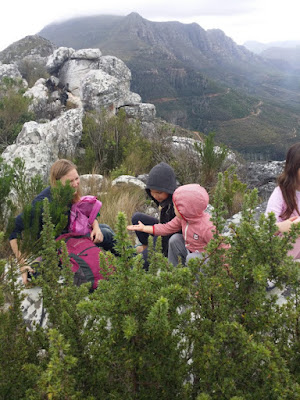 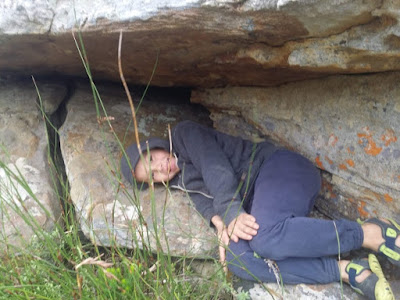