Economic Justice at a Personal Level: Part 2 of Reflections on Lazarus at the Gate 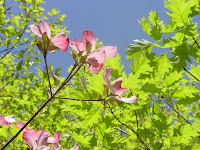 A course called Lazarus at the Gate has been helping me think about the contradiction I described yesterday. The course title is taken from Luke 16 in the Christian New Testament (Copied below).

With credit to Gary Van Der Pol, who wrote the curriculum I wanted to share some of my experiences in this group for two reasons. Firstly, to verbalize and make my experiences concrete. Secondly, some of my readers are friends and family in South Africa, and I feel amazed by the possibility for those who feel this is something that is close to your hearts, and want to encourage and support you. In South Africa (as in Boston), the time for economic justice comes every single day.

It’s a twelve-week course walking a small group of individuals through what God has to say about economic justice, and about wealth in general. In response, each individual thinks of one way to live more simply, one way to change one habit to promote justice, and at the end each group chooses to give a certain amount as a concrete step towards economic justice. These are the big possible impacts of Lazarus here in Boston (taken from week 12 of the curriculum):

If each Lazarus group continues to give on a yearly basis, over a quarter of a million dollars will be given to the poor in the next five years.

If each Lazarus group continues to give on a yearly basis and launches one new Lazarus group, over $1 million dollars will be given to the poor in the next three years.

If each Lazarus participant asks their local grocery to carry fair trade, basic items such as fair trade fruit, sugar, and rice could be widely available in stores in Greater Boston.

So at it’s core, Lazarus is about big things being accomplished with baby steps. By August, I will upload an e-book that talks about giving in depth.

In the next installment I will discuss the theme of "Wealth as a Blessing".


---
The Rich Man and Lazarus (Luke 16)
19"There was a rich man who was dressed in purple and fine linen and lived in luxury every day. 20At his gate was laid a beggar named Lazarus, covered with sores 21and longing to eat what fell from the rich man's table. Even the dogs came and licked his sores.

22"The time came when the beggar died and the angels carried him to Abraham's side. The rich man also died and was buried. 23In hell,[c] where he was in torment, he looked up and saw Abraham far away, with Lazarus by his side. 24So he called to him, 'Father Abraham, have pity on me and send Lazarus to dip the tip of his finger in water and cool my tongue, because I am in agony in this fire.'

25"But Abraham replied, 'Son, remember that in your lifetime you received your good things, while Lazarus received bad things, but now he is comforted here and you are in agony. 26And besides all this, between us and you a great chasm has been fixed, so that those who want to go from here to you cannot, nor can anyone cross over from there to us.'

27"He answered, 'Then I beg you, father, send Lazarus to my father's house, 28for I have five brothers. Let him warn them, so that they will not also come to this place of torment.'

29"Abraham replied, 'They have Moses and the Prophets; let them listen to them.'

30" 'No, father Abraham,' he said, 'but if someone from the dead goes to them, they will repent.'

31"He said to him, 'If they do not listen to Moses and the Prophets, they will not be convinced even if someone rises from the dead.' "