Sedona and Milano: Updates from our Travels

We've been going to bed the same time as Noah the past week (midnight) which hasn't left us much time for anything. Still, we've been having a really great time traveling. 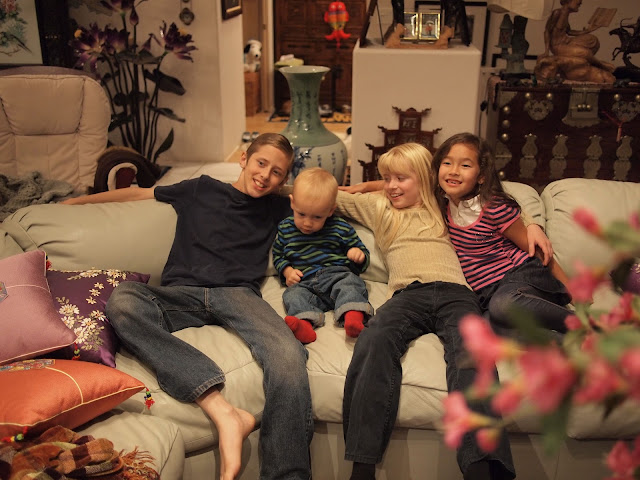 Noah really enjoyed meeting his cousins (Nathanael and Lilly) and aunt (Sedona) in Sedona. We had a pretty relaxed time in Sedona, though it quickly became unexpectedly cold. 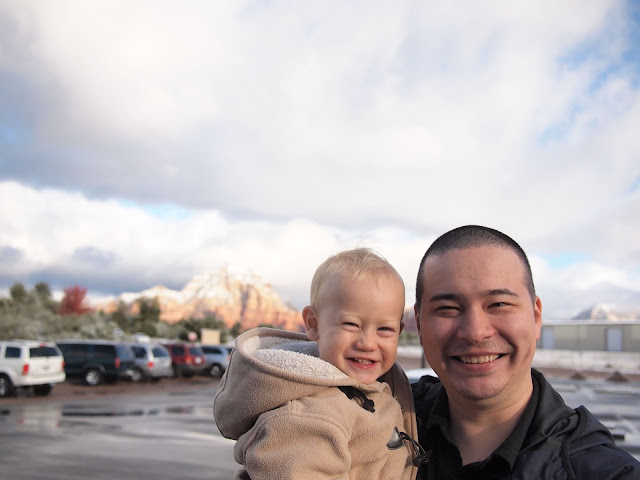 You can see the snow on the mountains, and on the ground the snow has already melted. It's very unusual for Sedona to get snow so early- the cold was also quite unusual. 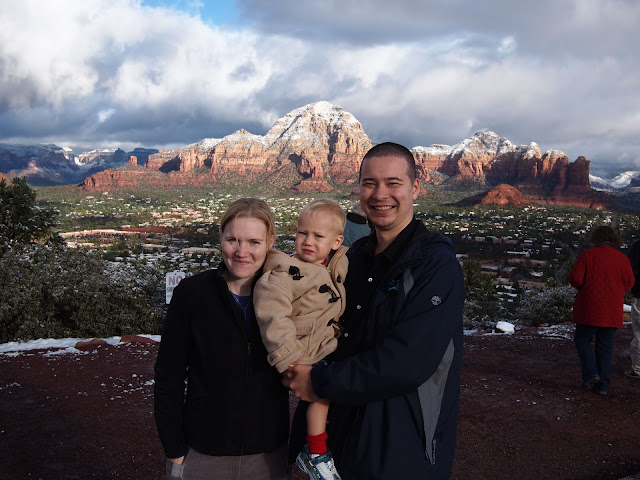 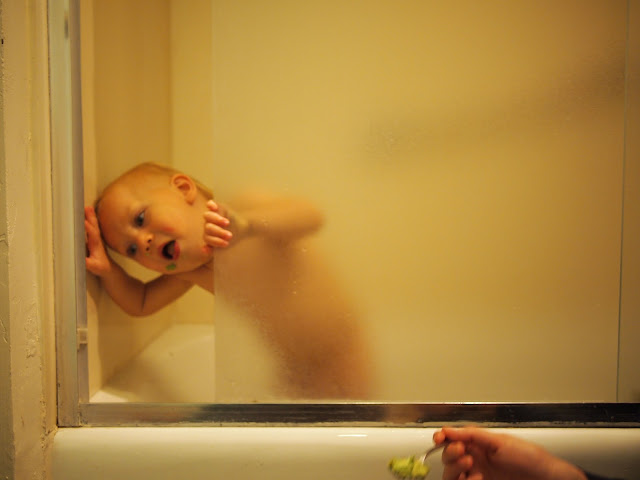 Noah has been coping very well with travel, and even with not having any toys. We notice his appetite seems to disappear a bit right when we arrive in a new place, which means we have to be creative about how we feed him- avocado in the shower, yoghurt in the car seat (a bad idea). One of the first things we do in a new place is also try to find the grocery, so that we can get a few things for Noah. In general, he eats whatever we eat but we're flexible when that's not really working for him (or we're eating more junk than we'd like him to eat). 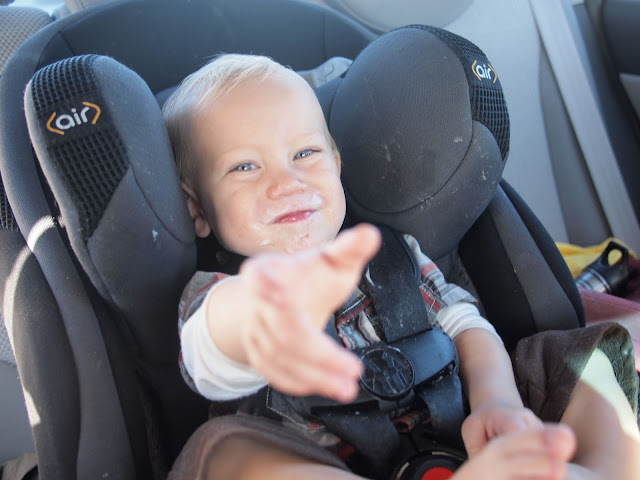 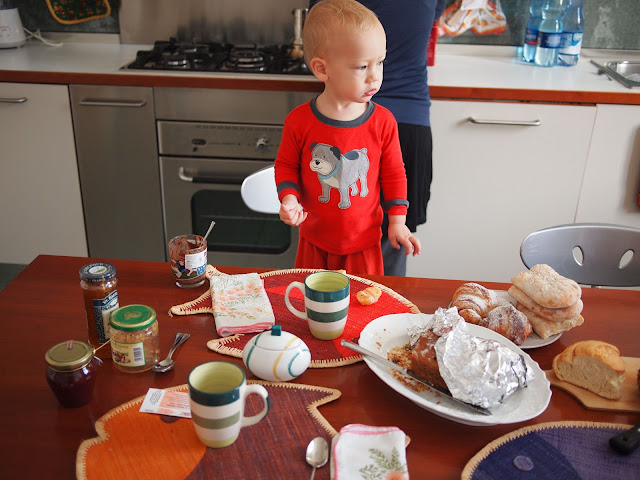 Noah discovered nutella on his very first day in Milan. He thinks it goes very well with everything, including clementine. 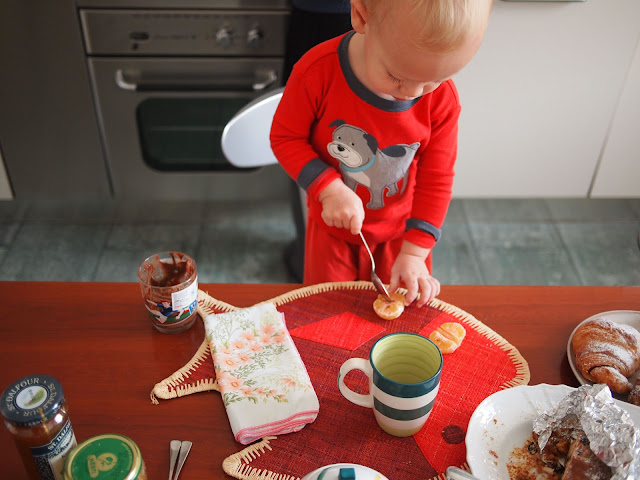 We're in Milano because it's very close (2 hours by train) to where we catch our boat (Genova), and it allowed us to have a reunion with my high school roommates, as well as my houseparents. We don't get to see each other very often. 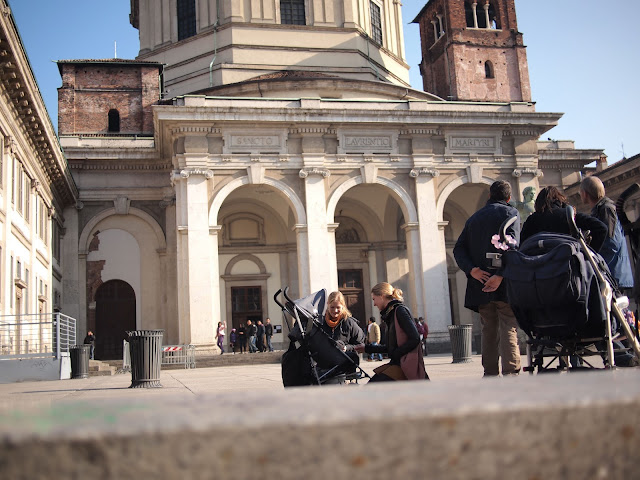 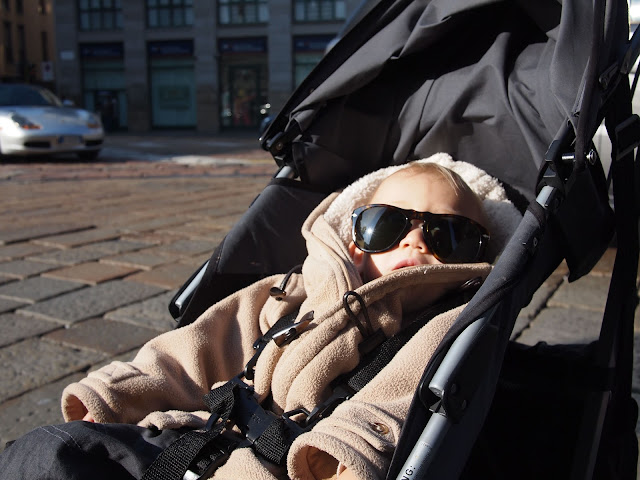 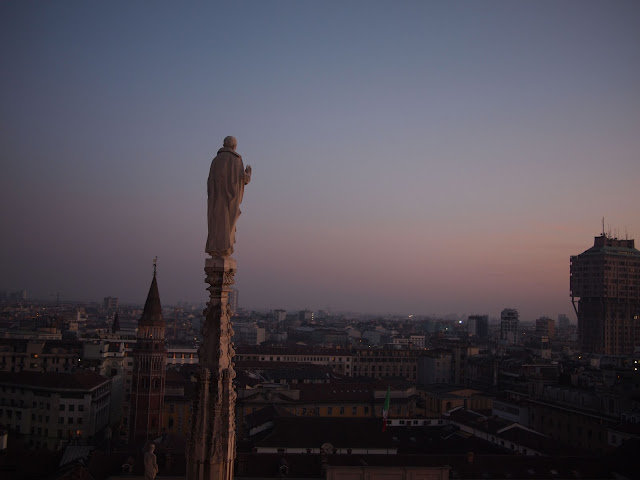 The Duomo in Milan was built over about 600 years. 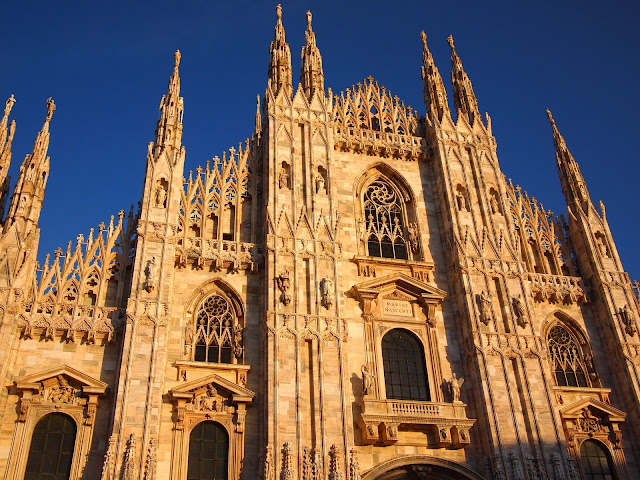 Noah grounds us by just wanting to play with the pigeons. Forget the Duomo, give me a flock of dirty pigeons any day. 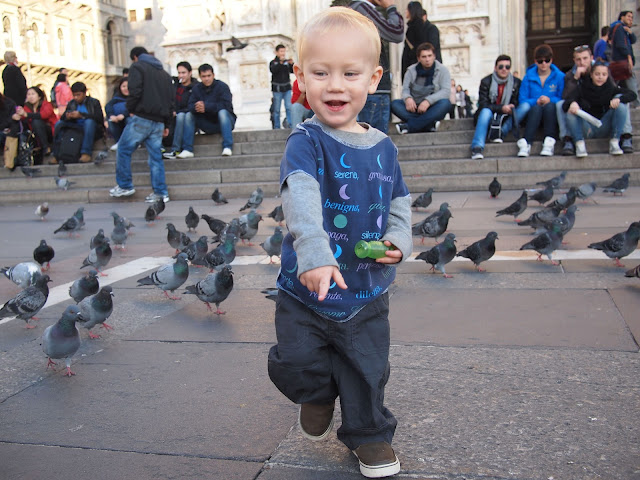 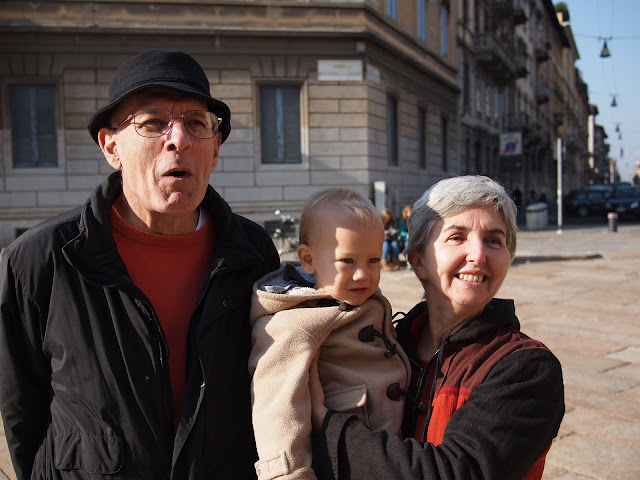 Lia's parents and our hosts, Gigi and Guilianna, have been gracious hosts and have given Noah a lot of affection and attention. 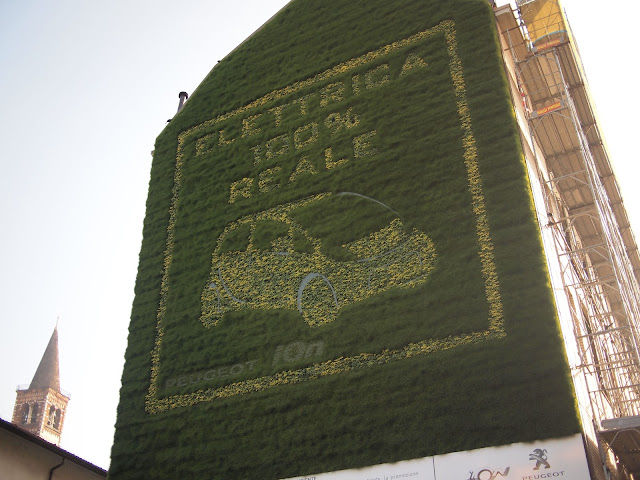 Cars in Milano park ANYWHERE, and it's not unusual to hear honking and find that a car is on the pavement, trying to get you to hurry up so they can park. That said, cars are tiny and (I think) efficient. The ad above is for an electric car, the IOn. We liked the add because it's actually made of a living wall (grass and leaves). 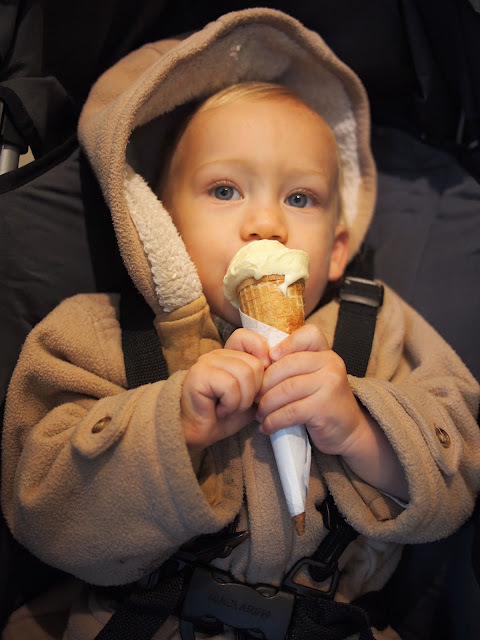 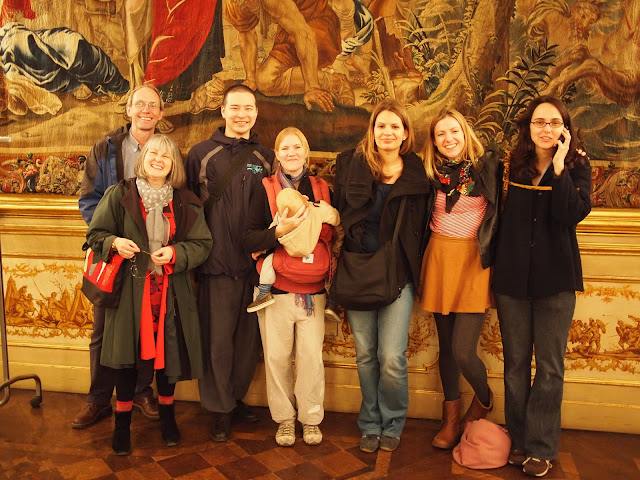 We visited Lia's workplace, which is in a very grand old building.  Kate let Noah borrow her ID and be a doctor for the day. And thus began their friendship. 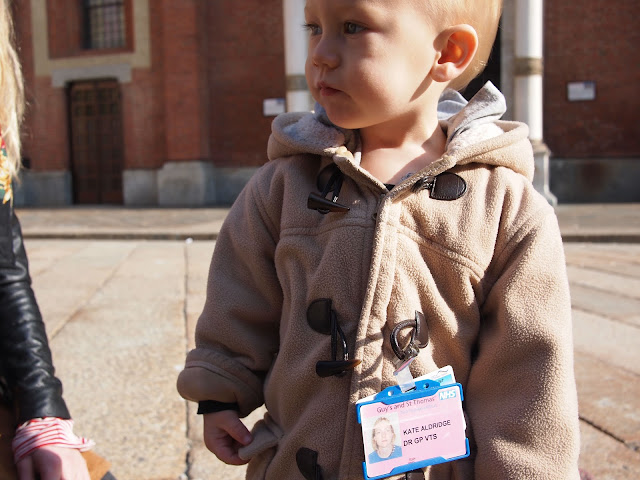 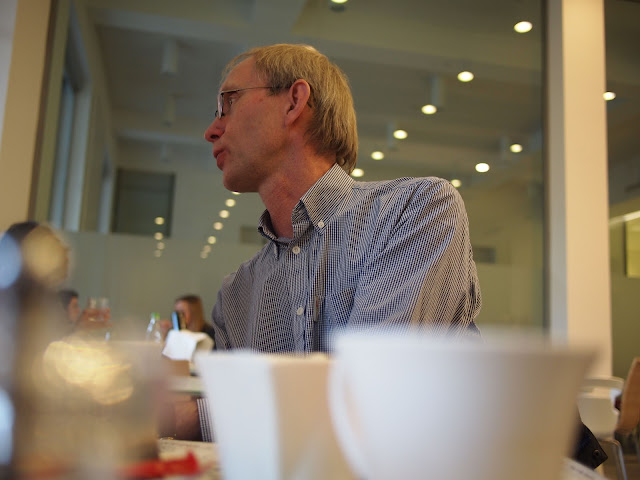 Noah has been taking photos from his perspective. He took A LOT of photos of Ray. His vocabulary seems to suddenly expanding quickly: He's added the words "Ray", "Gigi", "Ciao" and "si" just this week. 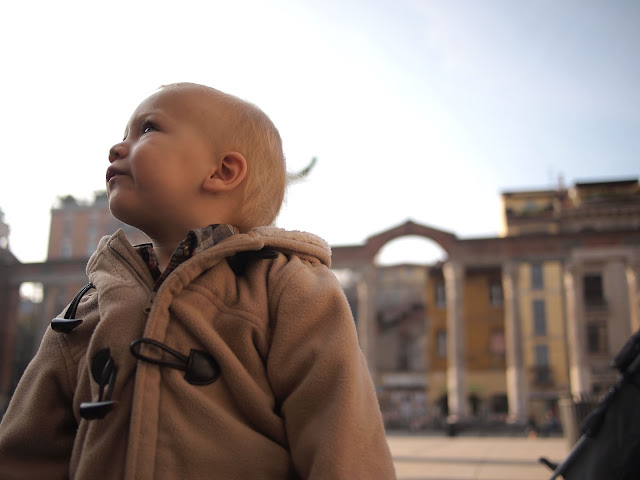 It's been a bit tiring sometimes, and Noah has done a lot of sleeping on the road. 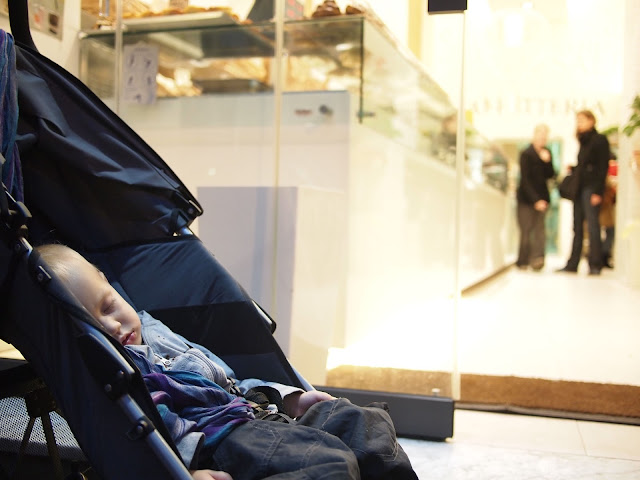 Noah is so happy to meet new people, and this is him after everyone left on Saturday night: 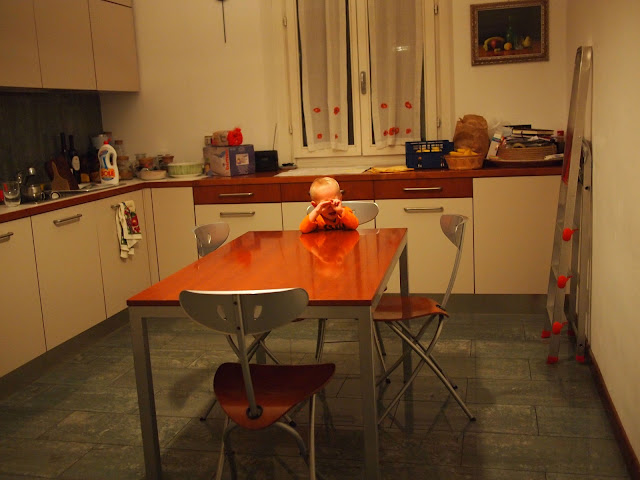 Thanks for your thoughts and prayers for us on our travels. I hope to have some more concrete-gardenery posts soon. We'll be on the road for about 3 more weeks.

Harvey and I loved this post! Harvey exclaimed: "That's baby Noah!" Mama exclaimed: "Hey, I made that shirt!"

Leah! Your sewing skills are in very serious demand in these parts. When my friends saw my shirt transformed, they immediately dreamed of their shirts being transformed.

I imagine a Farmers Market on-the-spot-upcycling stall one day... once I'm finally happy with my t-shirt patterns in each size, which may be never.

Wow, awesome photo-blog. Noah's such a trooper. Thanks for sharing your adventures with us!

Beautiful beautiful pictures! And it's nice to be able to travel vicariously with you guys, cause you know we'll never go anywhere on our own!