We sold the car a couple of weeks ago, and we're entering into a rhythm with grocery shopping, life and parenting without the car. If you haven't checked it out yet, Eug wrote a post about biking on Composting Faith!

We've been trying new routes and having adventures as a family on Saturday morning, and then working in the afternoon. The last couple of adventures have involved the road I was most afraid of not so long ago: Main road. It has heavy traffic a lot of the time, but I've discovered this heavy traffic also slows down cars a lot, making it relatively safer.

Obs-Green Point Park
Last Saturday we tried riding to the city, and through the city, to Green Point Park largely using Main Road. On a Saturday morning, traffic is mixed. On the one hand, there are much fewer commuters, though lots of people do work on Saturday. On the other hand, there are a lot of people doing their grocery shopping, or heading to the city for other reasons. All to say, there was plenty of traffic, but fewer buses, and I've found buses are the worst as far as ignoring/not seeing cyclists.

The main issue on the weekend is minibus taxis. Minibus taxis stop extremely often (multiple times in a single block, sometimes), which means you're constantly having to veer right to go around them, only to be passed and cut off by the same minibus moments later. The good news was that we actually ended up ahead of the minibus taxis, and cycling in the center of the city was relatively easy.

There is a corridor in the center of the city that involves a bike lane, though at times this lane is on the pavement and so, understandably, is full of pedestrians and unsafe to ride on. There are parts of the ride that show an encouraging amount of planning for bikes, mixed with parts that don't seem to work for the mix of cyclists, pedestrians and cars using the street.

Obs-Newlands Forest
Yesterday, we rode in the other direction, to Newlands Forest. This involved a lot of uphill on the way there, as the forest is on the side of the mountain. Riding south on Main road is much easier than riding into the city- minibus taxis are stopping much less frequently. 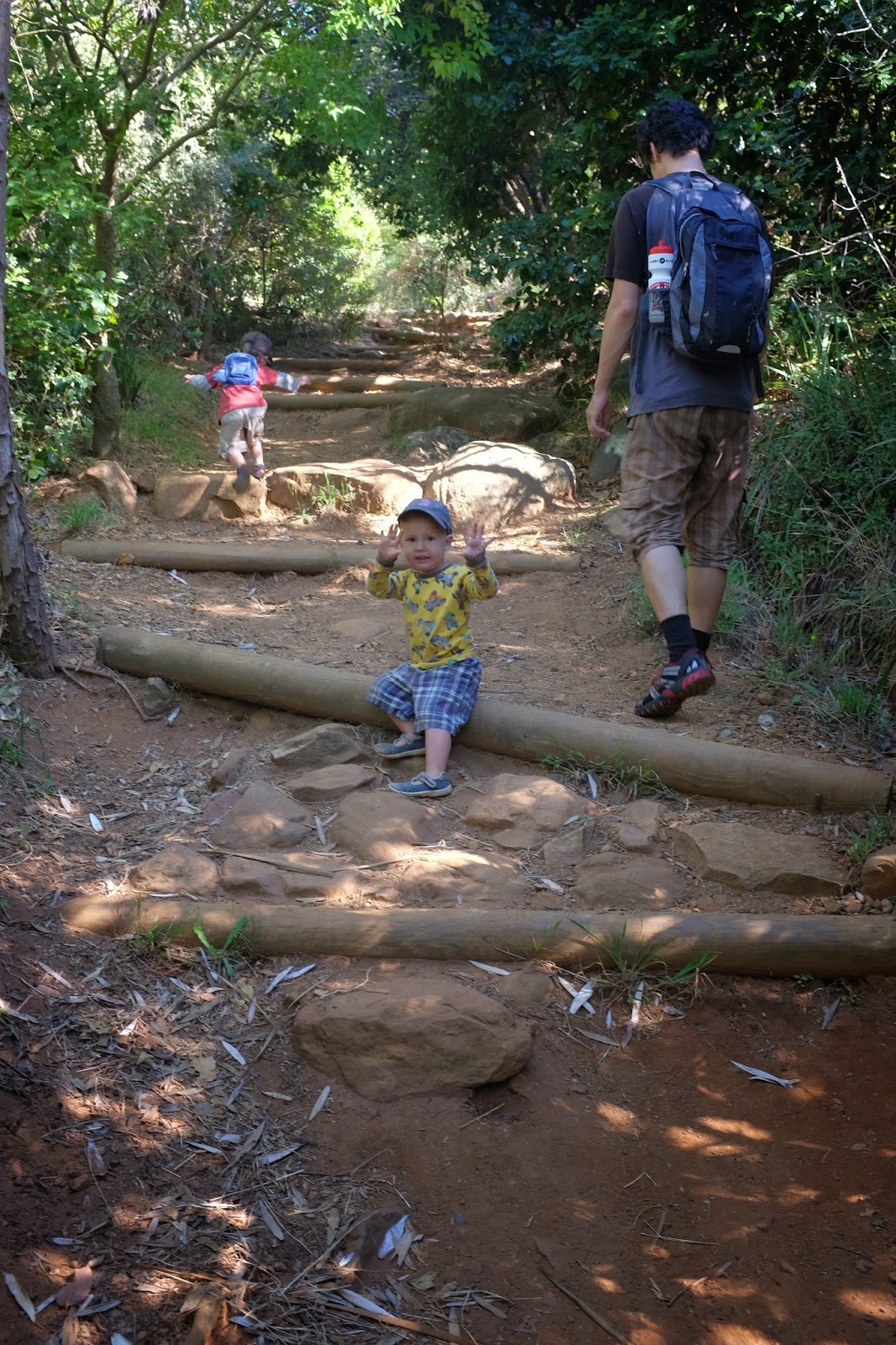 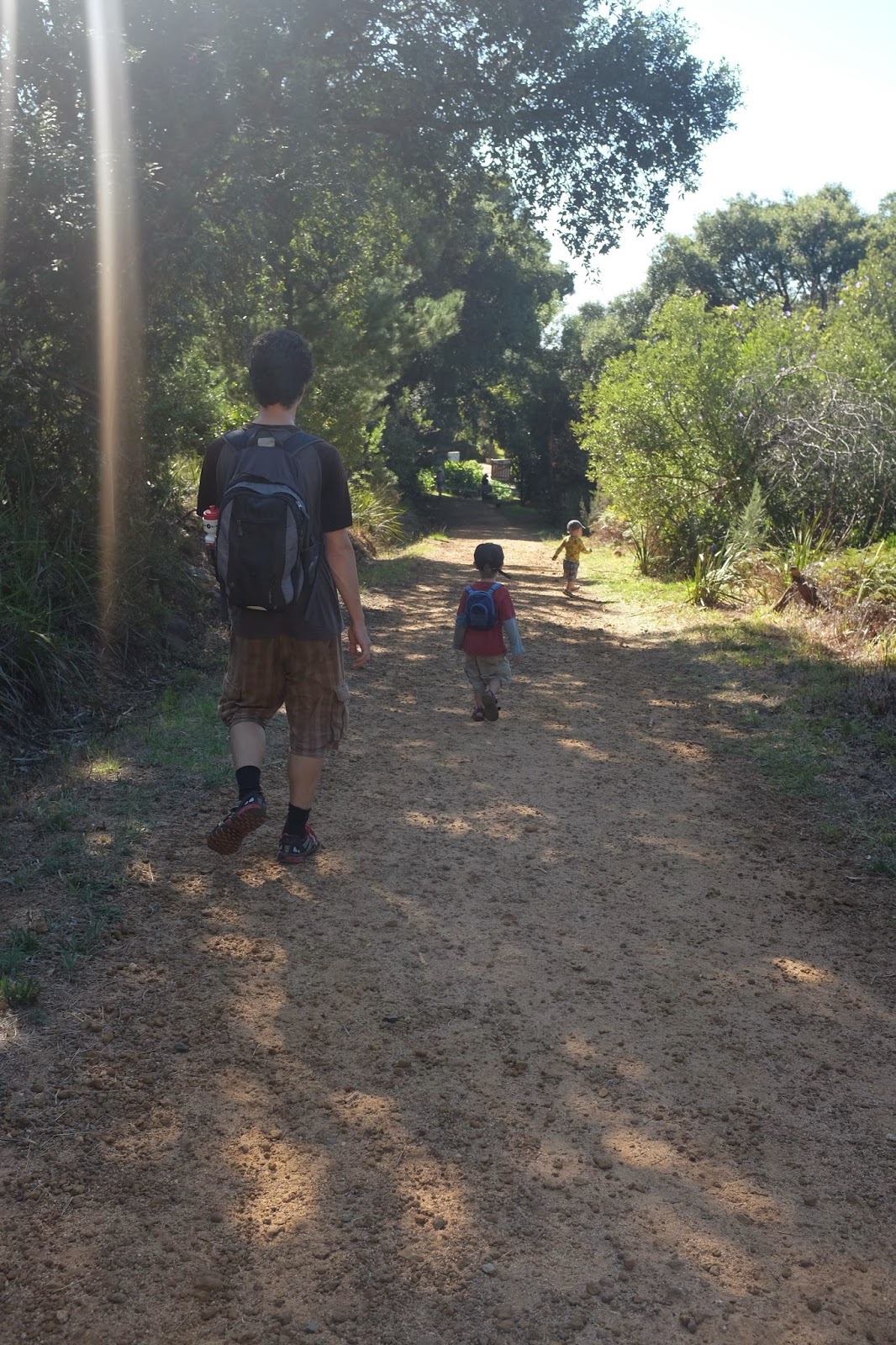 The reverse direction, we came close to flying. We went up on the bike path of the M3 in the direction of the city, which leads to Upper Campus of UCT. We rode through Upper Campus, until we flew down the steep hill back down to Main Road. Looking back, we probably wouldn't do that on a week day because we really did speed down, and I'm not sure either bike could have stopped in an emergency.

Re-learning how to ride and getting fit
Eug is becoming a bike nerd, and I'm trying to catch some of his insights and not just enjoy his newfound knowledge. One of the main things I learned is that my seat is too low, because I'm not comfortable starting by pedaling. So I'm raising my seat a tiny bit at a time. Eug has been learning how to maintain the bikes (I want to learn but haven't yet...), and we are finally comfortable switching between the Tern and Bullitt (initially, we would get unbalanced because the bikes rode quite differently.) We've learned how to shift gears, which took some learning for me. I've found this steep learning curve a bit surprising, because I thought I learned how to ride a bike as a child, only to find there's a lot more to learn than just staying upright.

One somewhat surprising byproduct of selling the car and getting fit on the bike is my sense of usefulness, a feeling a little bit like being pregnant or breastfeeding, where you feel the innate usefulness of one's body. Like wow! My body is actually made to help me travel places!