Overall, biking around Cape Town has been going very well. We've been going to the beach less often than we did with a car, because the 1 hour train ride involves more planning than hopping in the car on a sunny day (and because it was starting to get cooler, although now it's crazy hot again). But we've been getting to know our neighborhood much better, and there is so much to explore.

My confidence took a temporary hit recently, with a fall on gravel at one of the underpasses around Rondebosch common. My hand was grazed badly enough that getting home was really difficult with the kids. The thing is, there have been times when- for no other reason than grumpiness and a vague sense of danger- I hiss under my breath at the kids "don't put your arm so far out, you'll be hit by a car!" and other horrible things, but when there was this real crisis, we pulled together. The kids got back in the bike (Eli had some minor cuts, but they didn't fall hard or fast), Noah buckled them in and helped settle Eli, and we sang songs the whole way home, I with a pair of the kid's trousers wrapped around my hand as it bled. I couldn't have been more proud of the boys; overall the bike is one place where they are happy and loving towards each other, except when they're fighting over who gets to drink the water.

Eug and I can switch between the two bikes easily now, which greatly extends our distance on days where we ride together, as we can change bikes when the Bullitt-rider gets tired. It makes trips into the city and to Plumstead very fast and easy. We are managing hills we never thought possible when we started riding.

Last week, I carried a 12.5kg bag of flour, 72 eggs, 4 kg of meat, 2kg of butter from our Food buyers club (thank you Nicola!), and the two boys home on the Bullitt. All told, I was hauling about 50kg- it was a short ride but felt empowering (not to mention it was just necessary- which is not to make too much of a big thing of it, as [maybe] there is more to life than figuring out how many kilograms one can pedal around the city).

So I feel like we are all getting used to getting everywhere by bike.

Grocery shopping was one area where we weren't sure exactly what to do before we sold the car: we'd not been eating as much fruit as we did when we frequented a Farmer's market in Tokai, which on the one hand was fine because we were still eating more fruit than when we lived in Boston, but on the other hand it was a problem because Eli has weeks where he just doesn't eat the meals we're eating, and we're more inclined to worry when he's not getting fruit. Farmer's markets are abundant around Cape Town, but finding one that happens at a time that works with our schedule and is close enough to bike to was tough. While we can get to supermarkets (and occasionally do), the fruits tend to be expensive, anonymous, and involve a lot of packaging. Then we found Hope Street market.

So here's our breakdown of how we're doing food without supermarkets or a car, for posterity and for anyone weird enough to avoid supermarkets in our area:

The Farmer's Market at the nearby Old Biscuit Mill on Saturday tends to be a bit too exclusive (expensive) and touristy so we were happy to discover the Farmer's Market on Hope Street in the CBD. It's a 30 minute ride on Main Road into the center of the city on a Saturday morning, and then we're able to get our fruit for the week, have a croissant, and visit a park, book shop, or museum downtown together before heading home.  The market also has olive oil, pecan nuts, and oats. Our vegetables come from Harvest of Hope, our eggs/flour/meat/butter come from a local Food buying Club. There is a small health/hippie foods store in our suburb of Observatory, called Komati, where we get beans, nuts and peanut butter. We get rice and any Asian ingredients we can't make from scratch from the Korean store on Main Road. The only thing where a question remains is milk and cheese, where we have to choose between a super cheap factory shop and a super expensive local cheese shop. We're on the fence on that one, but being on the fence means for the moment we're going with the super expensive local cheese shop, because the cheap shop would involve more actual planning. Let's just say we're eating a lot less cheese and have discovered the glory (and cheapness) of dried beans. The take home is that grocery shopping has become a different part of our lives than before, but it generally doesn't take longer (everything except fruits and vegetables are closer to once/month than once/week), it is just different- a good different, for the most part. And we forage when we can. 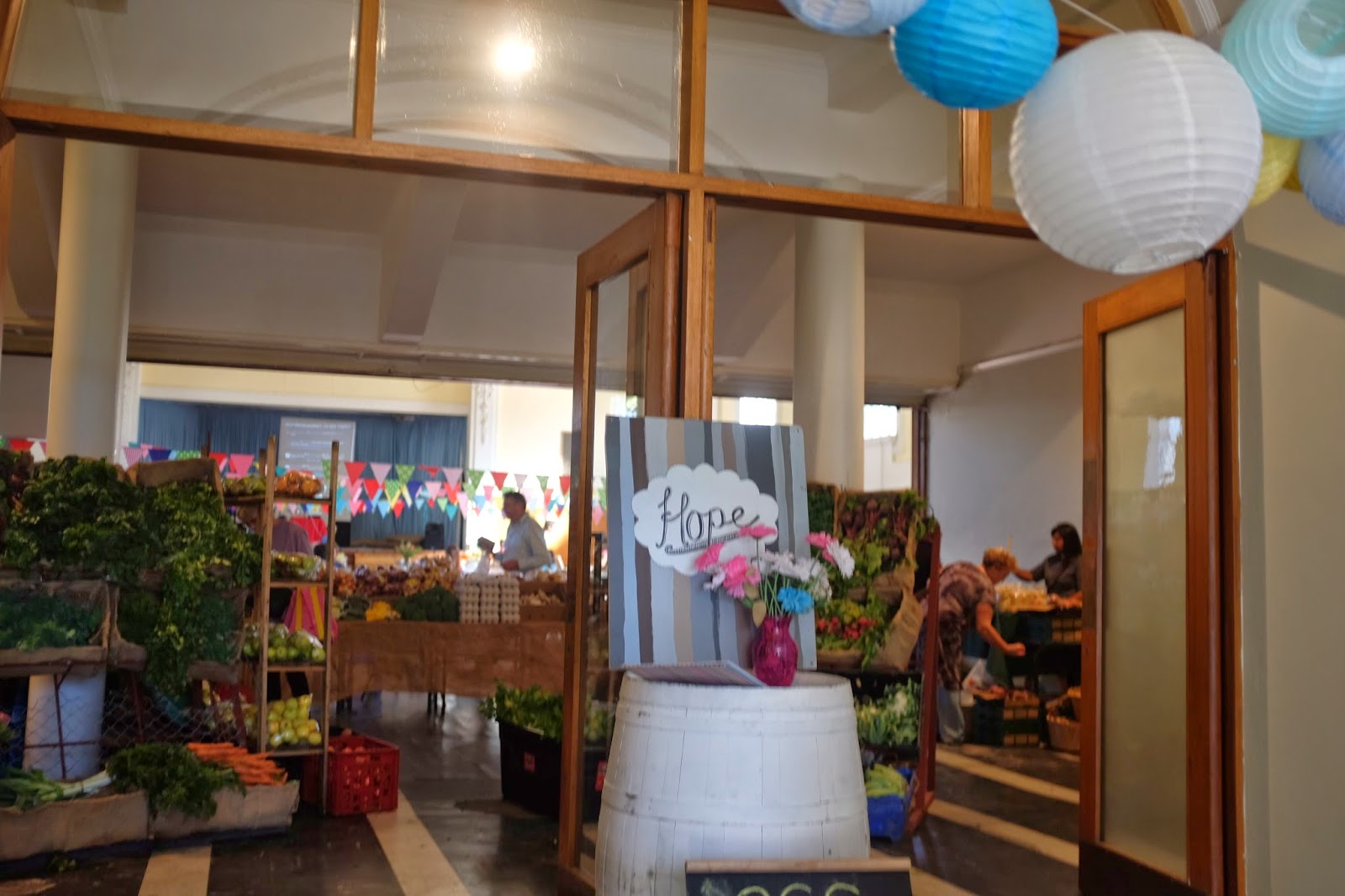 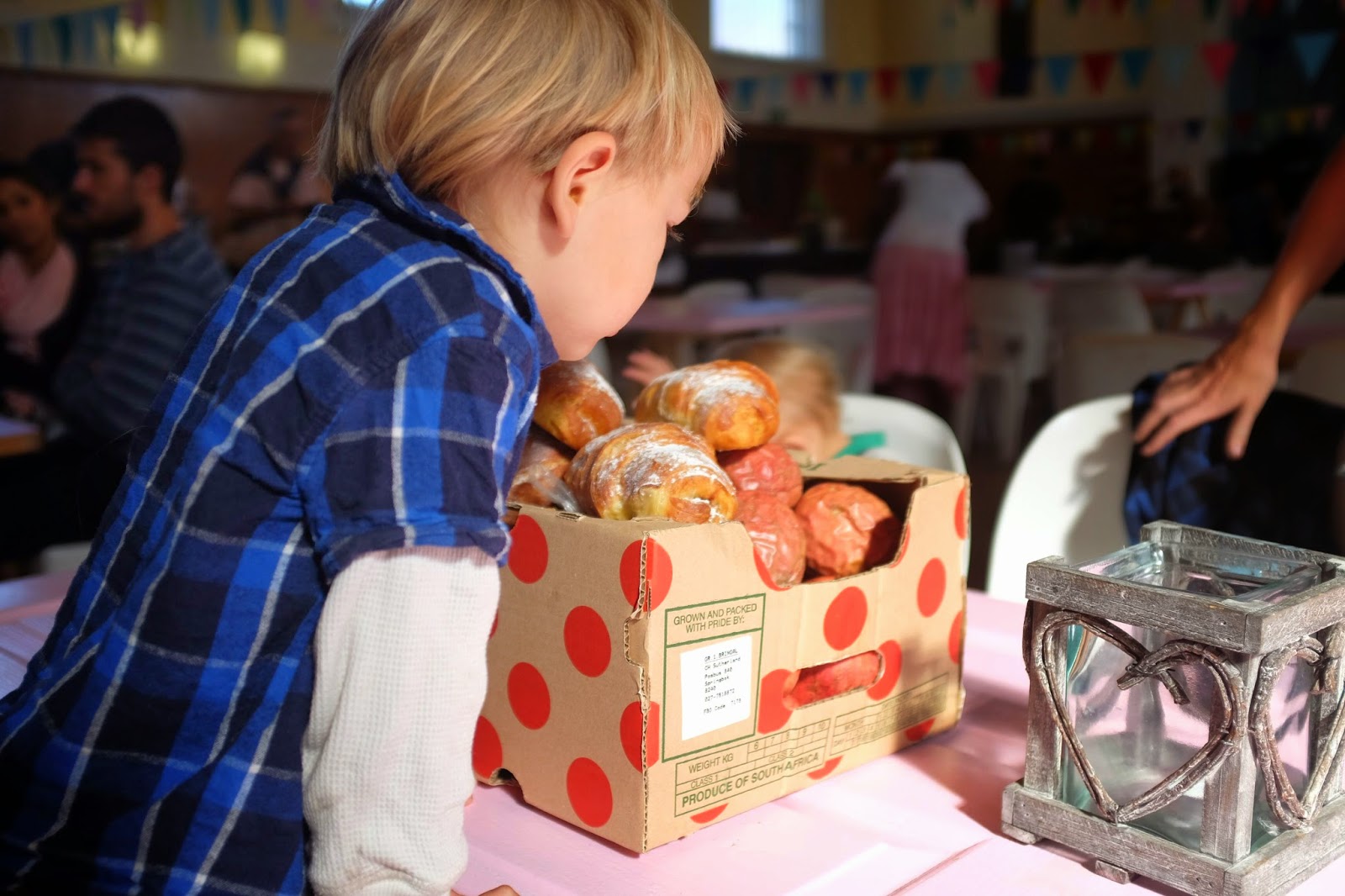 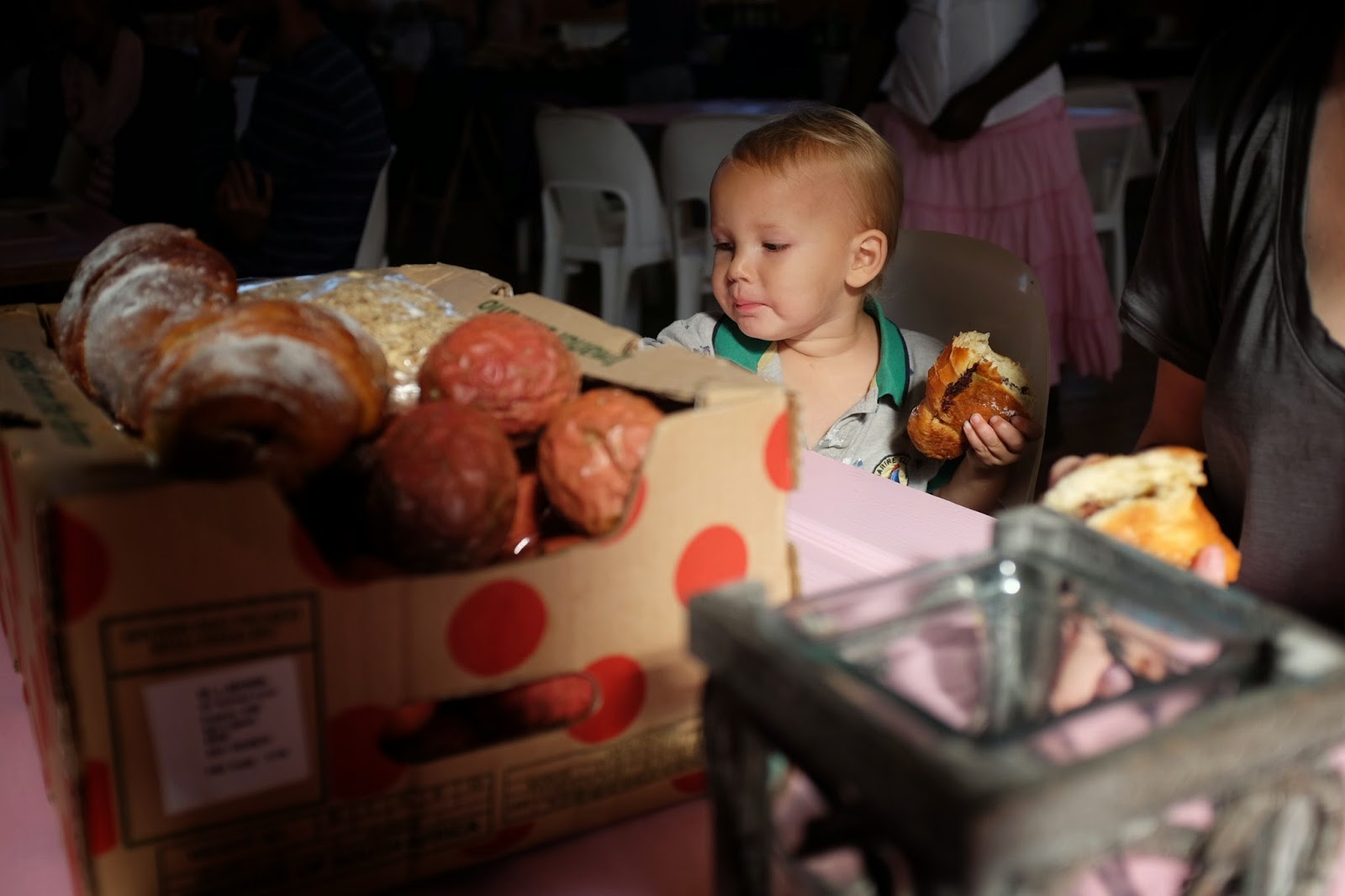 One of us takes the kids to a park almost every day as we cling to summer, and by now we must have over 20 parks that we visit- there are massive variations in the kinds of parks out there- from idyllic to full of drugs and people passed out- as in any city in the world, I suppose.  At one park, small children will run freely without adult supervision in sight, at another just a couple of blocks away, there will be only nannies with bored kids. It is interesting bear witness to the ways that 500m represents such a stark difference in child rearing and everyday life, and for the most part we're always the outliers. On the bike, we are able to bear witness to a lot: Eug says he will write about parks in Cape Town sometime. 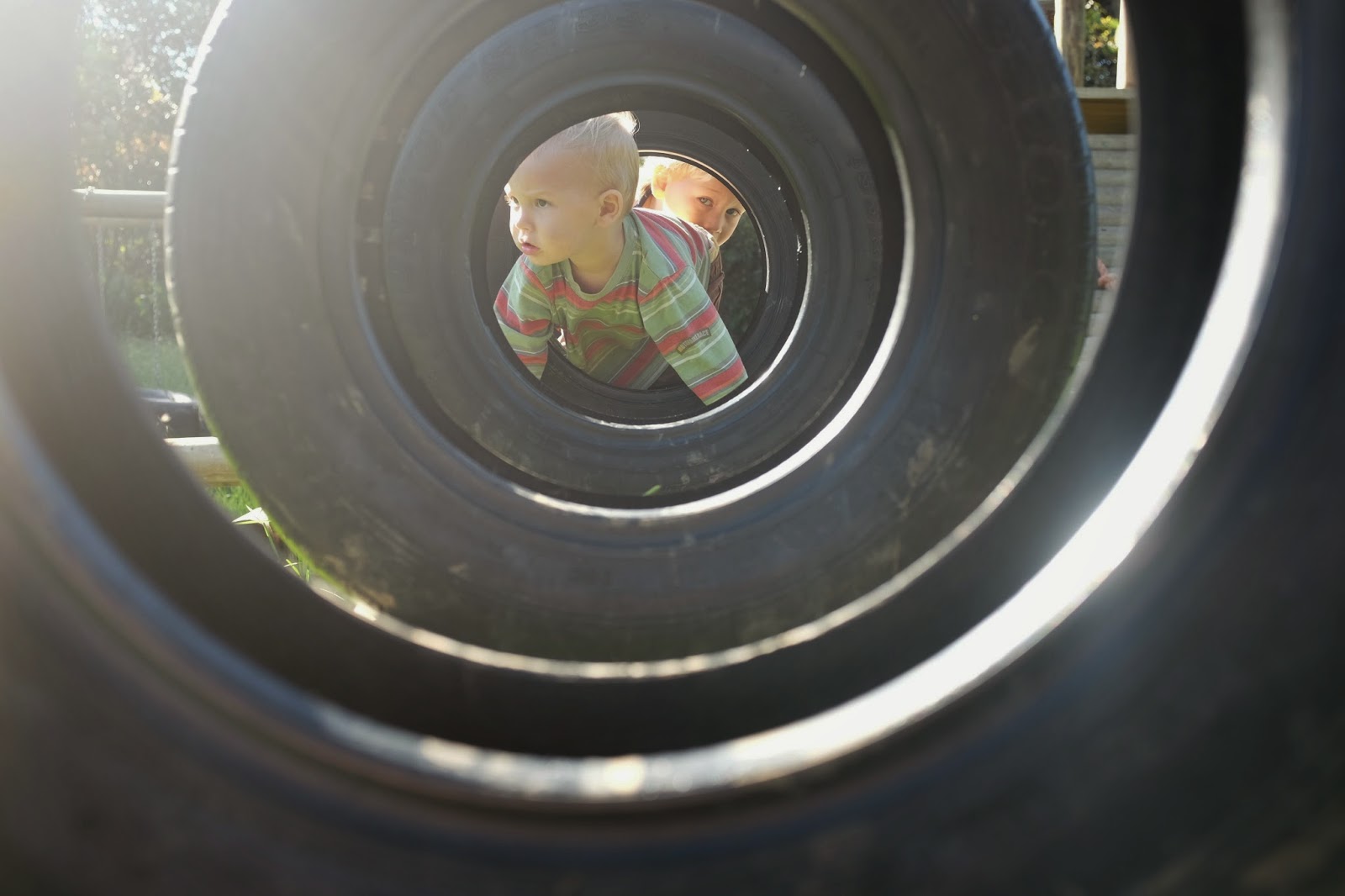 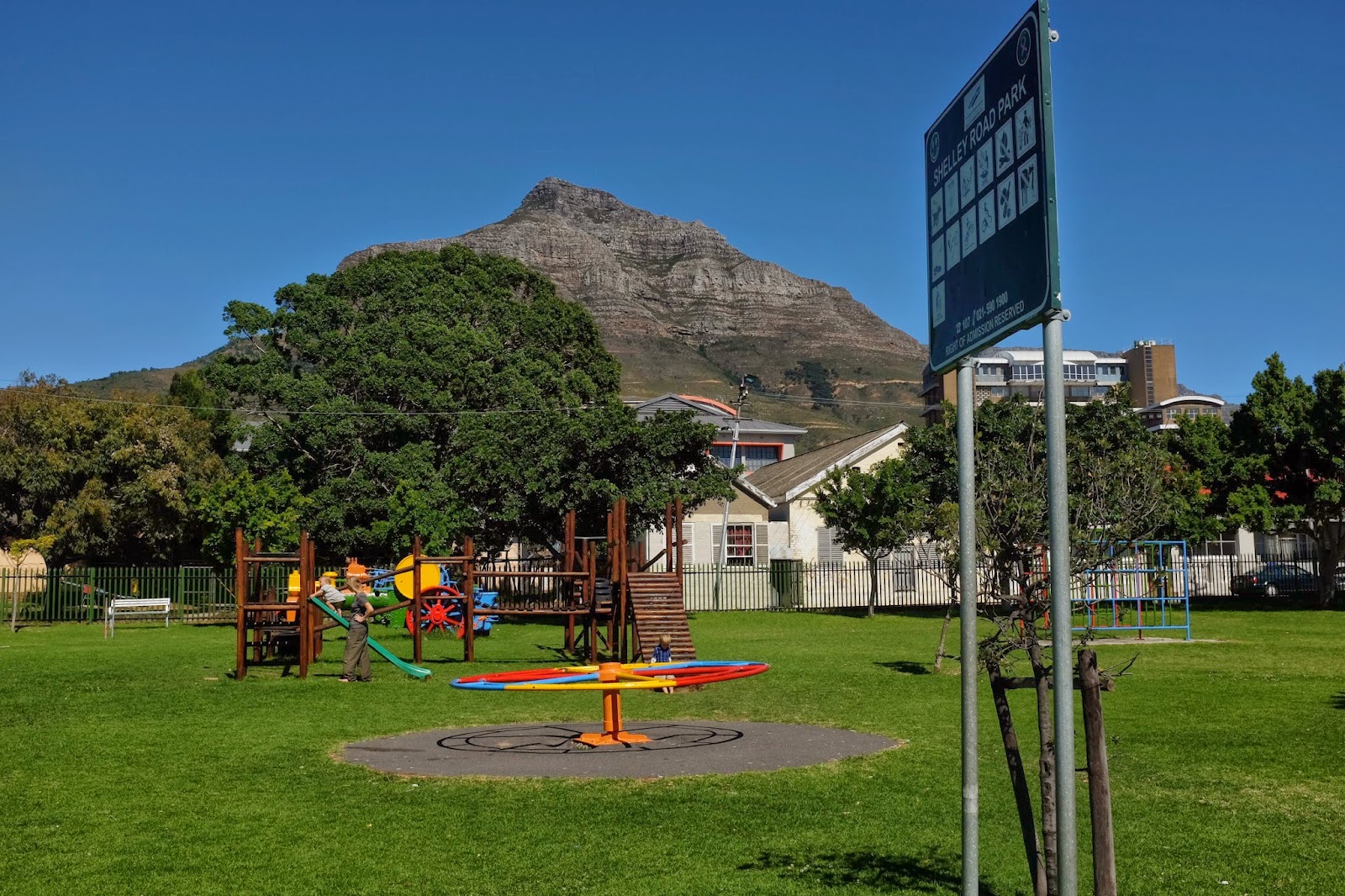