The kids have adjusted to living at my parents' house. I'm grateful to be in a household with four adults, with my sister's family just next door.

Some cool stuff from June:

We've gone to the clay room twice to make gifts for birthdays. I justify the expense by saying it's a bit like an art class, where you get a cool plate or bowl at the end... The brilliant bonus on our most recent visit was that they had three jumping castles set up for a party later in the day: 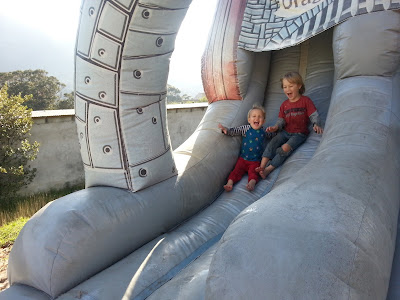 We're still doing art first thing in the morning. We sometimes get into a bit of rut, then I remember to look up something and prepare a little. Five minutes of prep goes a long way. We've recently discovered watercolour pencils. 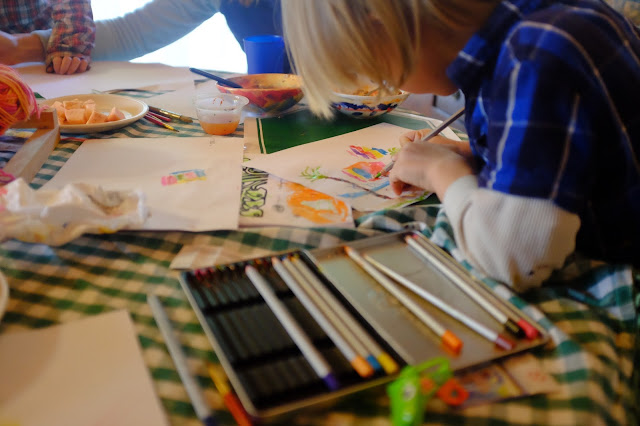 On the day when this photo was taken, there was loadshedding (electricity outages) and our day starts out pretty dark in winter:

Giant bubbles!
We've been looking out for glycerine for this project and found some for R5 at our local Spar. It's cheap, it's fun, it works! 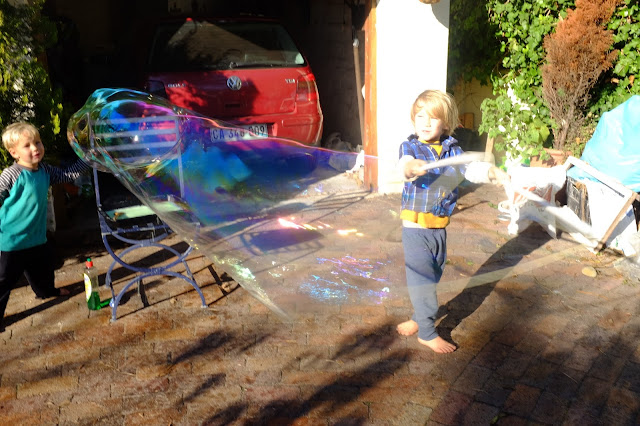 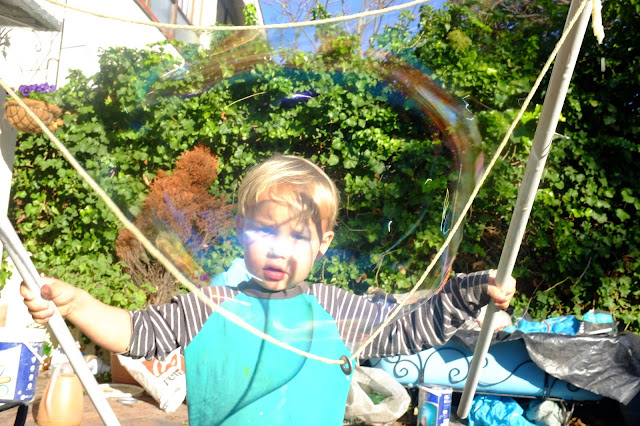 Noah has been wanting to learn chess for a while, but he also hates feeling like he's being told one way to do things, so up to now we've waited. But recently, he's been learning chess using an iPad app called Dinochess. His eighteen year old cousin is an avid chess player, and has also started coming over to play with him. Noah uses the "hint" function on Dinochess liberally. 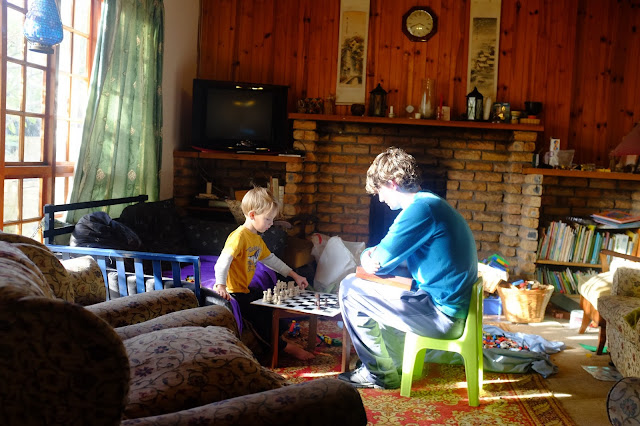 As part of the quest to preserve my dad's sanity while we're crowding out my parents' house, we went to Tulbagh for a couple of days. We tried to work and hang out with the kids... 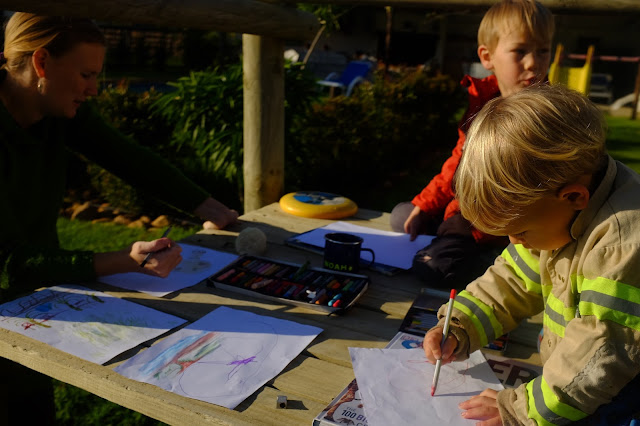 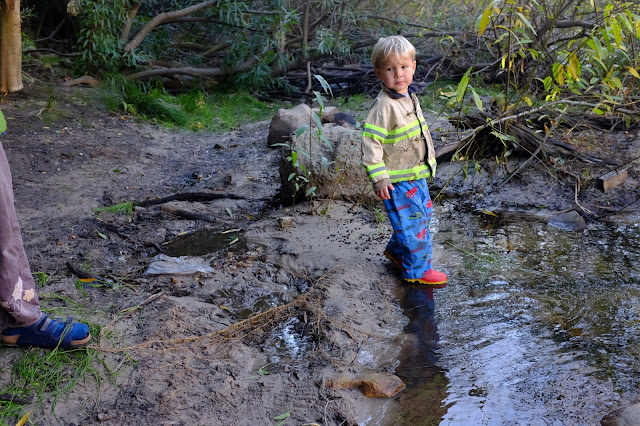 Cool websites I've gone to for inspiration this month:

Happiness is here -- I love this blog about unschooling kids about the same age as Noah and Eli. Those organized wooden toys get me every time!! But I also had the insight that some things that look totally awesome on a blog don't fit every child's temperament (like when we try to copy stuff from Pinterest, right?!) and that I shouldn't derive theories about all children from my tiny sample size of two. The kinds of organized beautiful learning zones on this blog are completely lovely, and would make me go crazy if I tried to replicate them right now.