July! We're coming out of the fog of our trip to the US and Canada, which felt like it took about three months out of our year. (A month before, a month there, a month after). Even though our trip didn't turn out quite as we hoped, coming back I've noticed we're taking all these leaps, maybe because the kids are growing up, or maybe because we were outside of our comfort zone and that caused unexpected growth. Perhaps because we saw people we love and were able to take stock, in a small way, of where we've been, where we are, where we hope to be.

This month I've had to evaluate my work (like, the paid stuff) for the next few years... I'm set to work until the end of 2019. I am so grateful that I was able to negotiate to continue in a space where I can largely work from home, which is not the case for many people in academic research. I am also able to do research largely in my own neighbourhood, which means that my (public health food) research meaningfully intersects with our farm dreams.

Unschooling sometimes requires leaps of faith, but I think usually what is best is if you take progressive tiny steps of trust, rather than leaps. When it's tiny little steps of trust, you're able to see signs of growth and flourishing, whereas when you're trying to take a leap, it sometimes implies that you ignore signs from your family, waiting it out, thinking you haven't yet landed after the leap. When we've decided "no bedtimes!" "No screen limits!" it generally doesn't go well (I think it is too confusing for the kids!), but when it's gradual: when we sit with our kids and help them decide what they love on an iPad, or when we're open to the possibility of a gradual shift in bedtime routine, it goes much better. Which is to affirm that it's centrally about the fruitfulness of the process, rather than the destination. Which isn't to say we should endlessly tweak things until the process is perfect-- I sometimes do that! I think it means we try to rest in relationship with our kids, as best we can.

One irony about being on the farm is that a lot of times the kids are indoors. We came to a new awareness of this when they were bouncing off the walls at bedtime, and we realised they hadn't done any exercise all day. We don't force them to do chores, though I suppose sometimes we do coerce Noah (trying not to). The kids love the animals and I want to keep it that way... I'm not quite sure how to make the farm a joy and not a burden that takes us away from them. Perhaps as it becomes less of a burden (uhh... labour of love??...) to us, we'll be able to invite the kids into sharing the process in a way that feels less like we're trying to unload the burden of our values onto them. So Eug and I spend quite a bit of time doing chores, and if the weather is good then usually the kids sortof gravitate with us. Anyway, we've been intentionally getting outside on the farm a bit more. I still take the kids to the beach or mountains once or twice a week, which can make it feel like they are getting plenty of time to roam and exercise, but actually this is not the kind of daily, continuous bursts of speed they seem to need.

Our duck population was large, and we'd finally found a duck stew we really enjoy and were regularly killing ducks (6 since we got back from our trip). There were two major problems with the duck farming strategy. One was that it never got any less time-consuming, though dry plucking first did seem to help. So Eug would spend his entire working day on a Saturday killing two ducks-- they took about 90 minutes per duck, and each duck gave us just one meal for the five of us. So we knew this was not a great approach to meat, after all. The plucking is just too difficult for us as a regular part of our week, and an entry level mechanical plucker costs about R9000 here ($750). Hard to justify right now.

The second problem was bigger: Noah has never gotten used to our eating ducks. He's actually ok with pigs and chickens going to slaughter, but never ducks. Everything I've read suggests that children under the age of about 10 are intuitively matter-of-fact about the process, but for Noah each duck death felt like a trauma (though we've certainly never had him actually witness it. He was happy to be part of the rooster processing). Which added to the labour (I needed to take the kids off-farm, and it was by no means a learning opportunity, though raising the ducks has certainly been), and to the sense that the process just didn't add up. His tears were an expression of very real pain... not really what we were hoping for as far as farming goes... So no more duck killing and eating. We're gradually selling the ducks we already have, and will keep just a few for the sake of our farm's diversity, for eggs, and in case Noah changes his mind or we have more time. It has been a major lesson in meat production, but at least we can say we tried it. I feel huge gratitude now whenever we eat meat, and am thinking more about how we should eat on the farm.

I imagine it will change as the farm changes. Right now I am spending a lot of time thinking about our vegetable garden. Growing vegetables year-round seems to be one of the best things we can do as a next step. We have a lot of trees in the ground-- I would love to put more trees in, but with the drought the question would be how we could water them next summer given the layout of the farm. In August I'll be focused on setting up water systems for vegetables (a small hand pump, together with a pump coming out of our reservoir). Vegetables can be very water intense, but we'd have systems in place to make it as efficient as we can, and then, I am sure, begins a new stage of learning. I've grown vegetables here and there, but this is a real effort to supply a much bigger portion of our diet with vegetables we grow ourselves.

Anyway, we are living and learning. We had our first taste of home-grown guava this month, which Noah said was "magical." While it is sometimes hard to see what exactly we are doing, or whether our kids are maturing, our kids say excitedly each night "I can't wait until it's morning!" That seems like enough. 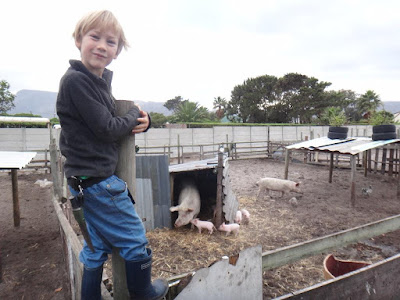 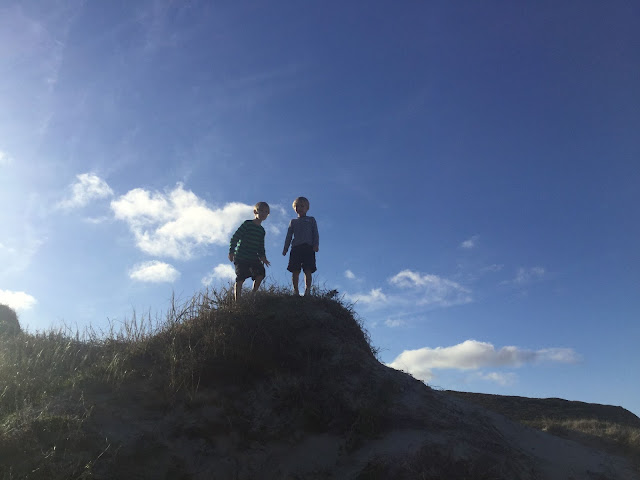 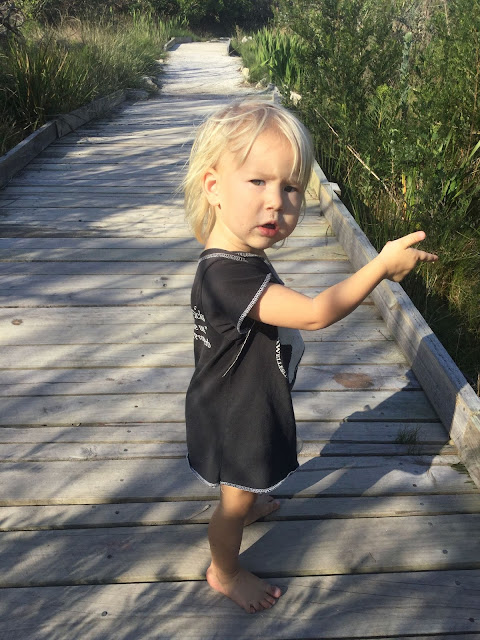 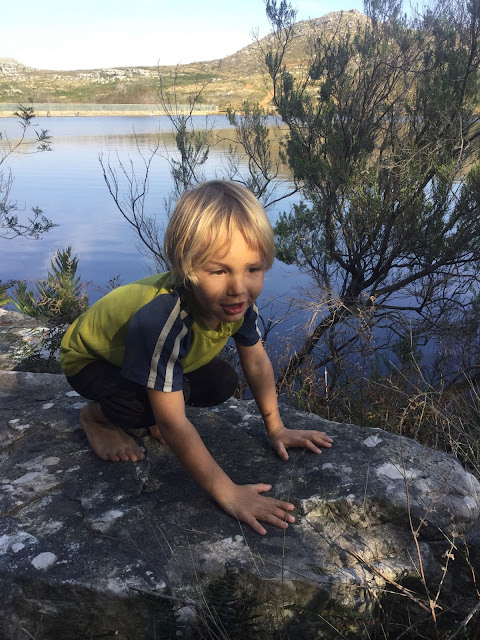