Here's a link to tell you a little about Gnocchi. Here I learned that gnocchi were traditionally eaten in Latin America on the 29th of each month, when people were poorest, because it is a cheap but hearty meal. Perhaps that's why this recipe fits in this blog-- it's a cheap, simple, and good way to use up extra potatoes because gnocchi freeze extremely well (though you should not refrigerate them for more than an afternoon.)

But I associate gnocchi with Italy, with summers in a small town near Venice, with my high school roommates Anna and Lia and her extended family, by the river. We were surrounded by the huge garden sculptures created by her uncle and had the time to spend the day on making gnocchi. Those times contain so many good memories. Over the years, I've tried to make gnocchi with various friends in various places, specifically because they are time consuming they are also an opportunity to talk and enjoy friends' company.

At their best they're light and beautiful, and boil very quickly. You may also try stir-frying them with some tomato sauce (which is probably not traditional so you shouldn't publicize it too much) Although most commonly created out of potato, flour and an optional egg, you can also use ricotta cheese or even spinach. The ideal sauce would be a pesto or simple tomato-basil sauce. Keep it simple and wholesome.

Here are some pictures of the process, most recently performed last week with the unsuspecting Christine, my favourite American roommate of all time (my only American roommate-- we were roommates our first year at Wellesley, where I was privileged to spend a year with such an awesome woman before she transferred to another W school in Chicago). 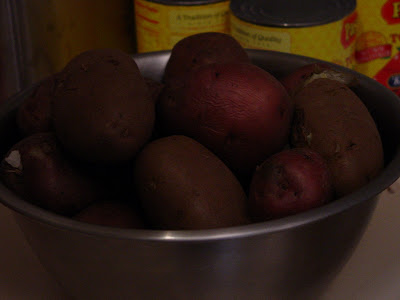 The first thing you need to do is boil your potatoes with a little salt. Here are a lot of potatoes, you don't need nearly as many if you're just making gnocchi for one meal (2 would suffice). Some recipes suggest russet potatoes, or any drier potatoes. I used these potatoes because they were locally grown and in a cheap large bag. You leave the skins on while boiling so that excess water doesn't have the chance to get in. The drier the potato, the lighter the gnocchi.

After boiling and leaving to cool, peel the potatoes. 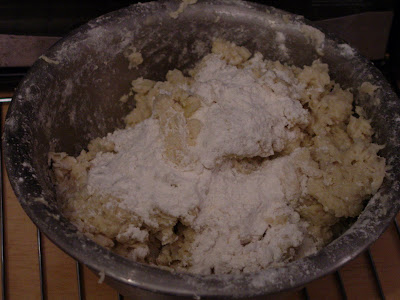 Next, crush or mash the potatoes. You want the mixture to be as smooth as possible but you don't want to add anything to help the process. You can add an egg per 3-5 potatoes though it's not essential. The egg helps to meld the dough together, so if you're making gnocchi for the first time, it may be a good idea.

Then, add flour. Above is a picture of dough made with white flour, below dough is made with wheat flour. The good thing about wheat flour is that it has some good proteins. You add flour gradually until you have about a one potato-to-one cup flour ratio, until the dough feels a bit like bread dough, although heavier. See below to get a sense. Try to squash as many of the bits of potato as possible, to make a consistent smooth dough. Knead the dough as you would bread dough, taking flour from the outside and folding the dough into the center. Once you're satisfied, onto the next step! 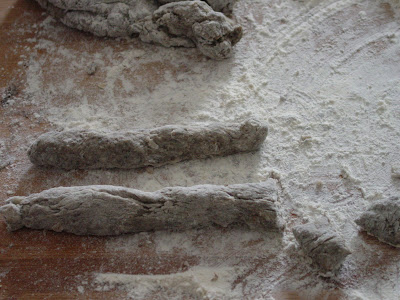 Take pieces of dough and role out into little worms.

Cut into 1.5cm segments as shown in the picture above. 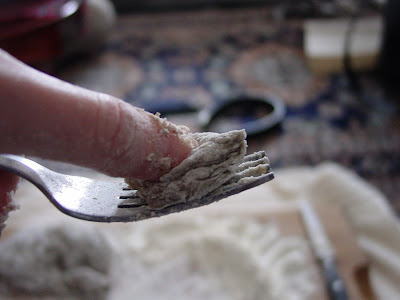 Making the gnocchi is the fun part. Place your thumb in the center of the gnocchi and flip off the fork, so that the gnocchi curves inwards and there is an indentation on one side and fork marks on the other. Don't worry too much about making this perfect. Look at pictures online to get a sense of what to aim for, but ultimately this is about increasing the surface area for boiling, not creating the perfect shape. 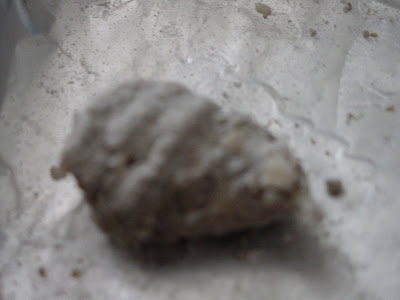 As you can see, these whole wheat gnocchi are far from perfect! 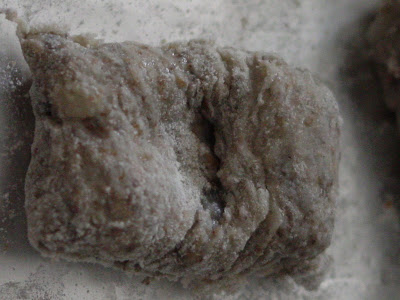 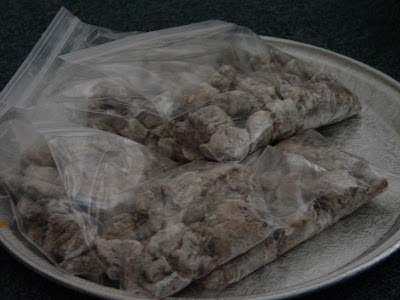 Finally, to boil a portion of gnocchi place in salted vigorously boiling water. They cook very quickly. You know they're done when they float-- even if this is after a very short amount of time. Make sure they're not stuck on the bottom, ok? Serve with butter, basil pesto, meat sauce, or tomato-basil sauce. I love gnocchi with creamy pesto.

If you made more than you and your family and friends can eat then and there, place in portion-size bags and freeze immediately.

Hi, I came upon your blog through a search for 'gnocchi from scratch', and I see you're a Wellesley Alum -- me too (2003)! Anyhow, I just wanted to say hello and introduce myself. I've enjoyed what I've seen of your site so far!