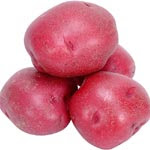 , that tells four stories of how plants and human desires come together. The apple fulfills a desire for sweetness and so perpetuates itself, the tulip our sense of beauty, marijuana our desire for intoxication, and the potato our desire for control. The stories were interesting, compelling and fun, and I learned particularly from the story of the potato. I'll give you glimpses of these stories below. Please forgive my simplification.

As those of you who know me know, the potato is probably one of my favourite things. Growing up my dad always had a section of potato plants in the garden. I wish I had appreciated them (instead I was living in utter fear of the weeks when mielies or pumpkin would be harvested and we'd just be eating one thing for weeks on end). Some years they would do very well, other years moles would have eaten all the potatoes before we even came near. 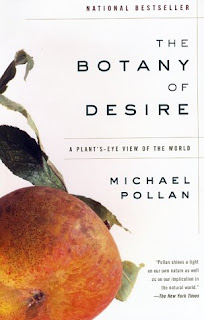 Ireland
The potato came to the Andes around 1588, and became popular because it grew so much better on the island than typical grains grown across the way in Great Britain. It revolutionizes Ireland, actually bringing people from the brink of starvation. Because of it, couples could marry younger and have more children. According to Pollan, this lead to lower demand for wage labour and therefore decreased wages, forcing people back to the land even as there were more people needing to be supported by it. This was taking place against the backdrop of English imperialism, and Irish experiences were deeply impacted by exploitation taking place at the time.

Families became completely dependent on one particular type of potato. This potato was vulnerable to attack by a fungus that could destroy an entire field of potatoes overnight. In 1845, when families were large and completely dependent on just one vulnerable species, the blight hit. It caused starvation so severe that it's estimated that one in eight Irish died during the blight.

Andes
During the blight, eventually Europeans had to seek out a resistant potato to try to end the famine. They found it in the Andes mountains, the original home of the potato. The potato was originally domesticated from a poisonous root by farmers in the Andes. Literally hundreds of different species of potato evolved over thousands of years, so that, by natural selection, potatoes that were resistant to common problems became dominant when a problem was dominant, and farmers were never in a situation where they would lose all their crop.

Farmers kept wild potatoes as the perimeter of potato fields, so that variation would be introduced over time. If this variation resulted in a particularly good potato, the new variant would be brought towards the center of the field.

Potatoes, the foods of Kings
Pollan describes suspicion in Europe around this new staple. Families preferred what they knew: bread. But people were still extremely vulnerable to starvation in much of Northern Europe. In France, the king decided to plant a bed of potatoes to convince people of their value. He placed guards around the bed to try to make people believe that the potatoes were worth stealing, then made sure that the guards were away just enough for people to come and steal the potatoes. And so, the potato spread!