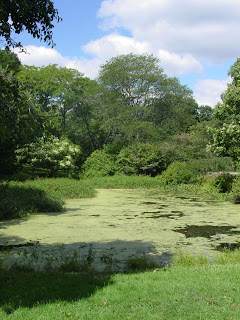 I've been reading two books recently, both with the words "Fair Trade" in the title. I've been mulling over these two concepts of Fair Trade. On the one hand, fair trade is a term used to describe the compensation a farmer or group of farmers receive for their products and labour. The implication is that much trade is unfair. On the other hand, fair trade is a term used when economists are looking more broadly at what might be just and profitable at a national and international level. They're deeply interconnected. However, they also bring with them the idea that some trade might not be fair, and that trade at the interpersonal and interstate level is not just about the bottom line, but about what that bottom line might mean for producers and consumers, communities and societies.

Justice and Capitalism
I'm no economist, but something about products-that-don't-make-the-most-profit-they- possibly-can doesn’t ring true. At the micro-level, farmers making relationships and trading directly with buyers (often in other countries) seems to overcome this: they are essentially offering a different product to the consumer. The cost and the profit can be placed on a marginally separate scale.

When it comes to countries trading with countries, however, I get a little fuzzy because intuitively, it seems that countries (and their trade negotiators) need to be negotiating on behalf of their country. I can imagine myself: even if ethically and morally I strongly believed that a trade was not fair, I would work within the legal parameters and standards of the system to ensure the best deal for South Africa. That would be my role, as I would not be acting as an individual, but on behalf of others.

That may be one of the most profound challenges of consensus-building in international trade. In Fair Trade for all, Stiglitz and Charlton argue that trade is extremely complicated, and much of the time those making decisions do not understand the full ramifications of their actions. This may be true, but it makes me uncomfortable. The system should not be so complicated that it's all you can keep in your head at one time. Sure, political leaders should have economic advisors; but leaders should also be able to understand the big picture enough make decisions based on their knowledge of their constituents-- the rich and the poor (economists do not, and should not be expected to, have such a relationship with a community or country). Political decision-makers should bring to the table some knowledge of what works on the ground. Instead, Stiglitz argues that this is not the case.

He defines fair trade both in terms of impact and in terms of the process used to reach a decision:

These tenets were not helpful for me to get around the issue of who traders and decision makers are representing when they come to the table. It seems that whoever is invited to the negotiating table is immediately more powerful than those who they represent: in such a situation, how can the interests of small “informal” traders every truly be represented?

He also argues that unfair trade makes poverty everyone's responsibility. At the time of writing, three times as much was lost in trade source restrictions as all the overseas development poor countries receive from all sources. I find this compelling if only to decrease our smugness over helping those “in need”.

Reading “Fair Trade for all” and “Javatrekker” together helped me to conceptualize how one type of fair trade feeds into the other. While fair trade at a macro-level seems to naturally slip towards very complex abstraction, fair trade between farmers speaks concretely to exactly the challenges of bringing small traders and farmers who have been disenfranchised by unfair trade, to the table.

I’m not sure where my readers are in their understanding of fair trade, so bear with me if I’m going over the basics or assuming too much about your knowledge.

Ideally, fair trade of specific products (coffee, chocolate, sugar) bring together ethical buyers and sellers so that they can negotiate a good profit for both parties. Since there is a direct relationship between buyer and seller, the negotiation seems far less abstract, and far less complicated. Such a relational model seems concrete. The challenge here is that buyers (and most sellers) are up against an entire system.

A one minute summary of Fair Trade is as follows:
- Farmers are given a living wage for their products
- Products are farmed using environmentally sustainable methods
- Farmers have the right to unionize
- Fair trade certification is provided by an independent body, which assesses whether or not these standards are being upheld.

I’m not saying anything new here, so perhaps I should break in with a bit of what Dean Cycon wrote in Javatrekker.

“Providing a fair wage is much better than providing charity.” (xv)

Although the book has strong critiques of the mainstream system, I found it compelling that as a Fair Trade business, the writer's "Dean's Beans" was doing extremely well. This in itself, may speak as much to the skill of the businessman, but it also speaks to the possibility of creating profitable, fair trade businesses.

As for the critiques of the system, one of my favourite stories was of a 28 year old non-Kenyan employee of the World Bank. The system was set up so that this individual was in the position to define what an entire industry (the Kenyan coffee trade) needed to do to be successful. The government was essentially held hostage by these recommendations; if the recommendations were not followed, World Bank loans would not flow into the system. Thus, structural adjustment meant that the government has to listen to a 28 yr old, via the world bank. Cycon acknowledges that the 28 year old was super-intelligent. The critique is of one individual, an outsider, whose opinion was valued more than a collective, or of a farmer, etc.

More on this soon...