Poverty as the Cause of AIDS? 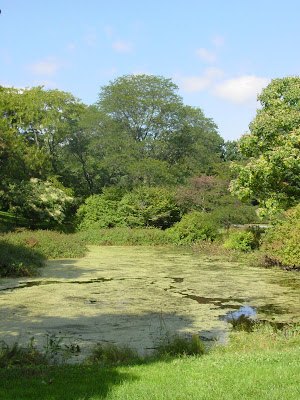 As Mbeki is forced out of government, I've been thinking about one of the things that made him and his health minister unpopular internationally. He's famous for saying, in 1999, that poverty (and therefore not the HIV virus) was the cause of AIDS. It was deeply unpopular internationally (and at home), because there was a sense that he was undermining the reality that AIDS is caused by the HIV virus, which is transmitted by body fluids, not poverty. It's interesting (I think, in the context of issues of imperialism, colonialism, and racism) that the international community (or at least the media I was exposed to at the time) assumed Mbeki had some sort of weird voodoo/communist belief that they had to counter with a biology lesson, rather than that he was speaking in the political realm, with a political motive that was important to engage and question.

There are three points I would like to propose:

1) Thabo Mbeki knows that HIV is a virus, that HIV is transmitted by body fluids, and that the only way for someone who is HIV + to live well for an extended length of time is through anti-retrovirals.
2) Curb your enthusiasm if you think a new government automatically means better HIV/AIDS policy. Jacob Zuma likely doesn't truly know at least one of the above.
3) Maybe Thabo Mbeki isn't completely wrong.


Going to point (2) first: Jacob Zuma, when on trial for rape a couple of years ago, said that he had consensual sex without a condom with an HIV+ woman, and protecting himself by showering afterwards. This was a major step back for HIV/AIDS education. In resource-limited countries like South Africa, preventing the spread of HIV/AIDS may be even more valuable (because it has potential to become less resource-driven) than finding ways to make ARVs accessible.

1) and 3)
South Africa fought (and won) a battle against big pharmaceuticals to allow South Africans access to cheap drugs. They did this while Mbeki was president.

Nancy Krieger of Harvard school of Public Health has, for decades, posited the ways that poverty is the root cause of many diseases. This is super-intuitive on one hand (look at life expectancies in poor countries, or even amongst certain minorities in the United States), and far less intuitive on the other (wait, what about the bugs/cholesterol/cancer cells?).

Perhaps optimistically, I interpret Mbeki's statements to mean "if it wasn't AIDS, it would be something else. It's poverty and inequality that causes people to die young in our country." I think this is ultimately true.

In public health, there is a powerful move towards understanding the root causes of disease and disability. There’s a tension in this relationship. Pulling hard from one side is the idea that you should tackle what you can handle, as well as the idea of personal agency and responsibility. From the other side, if someone really doesn't have a reasonable choice to live a healthy life, shouldn't we be looking at society? I wonder if we can walk that line where we acknowledge agency while focusing our energy on making good choices real and attractive solutions to age-old problems.

that's interesting--I had a (South African)teacher once who put that question to us in class and had us look at HIV/AIDS in relation to GDP and several other indexes and I remember thinking that it was a very novel approach--I didn't know that it was Mbeki who actually came out with a statement of that sort. But at the same time, the same teacher also had a dim view of Mbeki's take on AIDS...

I think that it's an important question. Although I don't agree with Mbeki's approach to AIDS (or perhaps, don't even know the policy intimately enough) my feeling is that there's something there (in his original statement) that deserves extra attention.

I also think that HIV/AIDS was getting worse at precisely the same moment that South Africa was democratizing. The most turbulent years were a perfect breeding ground.

There was space to take HIV/AIDS more seriously, but it's not clear that it would have helped, given what South Africa was going through at the time (and what it still goes through)