As I gradually decrease pumping at work (from 4 times a day, down to two, and soon to one), I was considering my beliefs around breastfeeding. In short, I think it's really important. Which led me to think how I'd discuss it with someone who has to go to work to support their family, but is in a job that isn't supportive of pumping. My first line of reasoning would be "show your employer the stats!", but my second would probably be along the lines of human rights: For thousands of years, breast milk was the food for babies. And even though now there are better alternatives than cows milk, breast milk is still best. So if one's job doesn't allow your baby the good, affordable food they need, isn't it time to rethink your life? A good house, stuff, vacations, college fund, whatever- none are as tangible or basic as food. 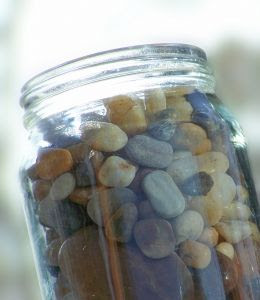 But the reality is that to make such an argument will be heartless, because we don't feel like we can build our lives in that way. Maybe we choose where to study or work, or our location, maybe our spouse or to have kids, and soon enough things spiral in directions we have no control over, and we're left with tons of stuff and skills [and debt] but feeling as though good food is a luxury.

Given this line of thought, I was thinking about how Eug, Noah and I eat. Our monthly income is around the U.S. median or a little under, and while we feel rich, it's hard to do more than break even while living in Boston. When it comes to saving money, food has been a place where we've tried really hard to save (see here and here). Not to romanticize too much (there were two world wars last century, after all), I think it's reasonable to say I eat a ton more processed foods, and fewer fresh fruits and vegetables, and less pasture-raised meat, than my grandparents or great-grandparents did.

So my charge to myself this summer-- after receiving money as a gift for Noah's birthday-- is to eat really well and see what it costs. I'll still be frugal, but I won't limit the number of in-season fruits and vegetables we can buy, and I'll also buy more good cuts of meat- to eat some kind of red meat or chicken once a week. Another goal is to eat good fish once a week. Instead of seeing how well I can eat with a pre-determined budget, I want to see how much it really costs to eat well, at least with my own understanding of what that means, and work on the rest of our budget from there.