In the midst of extremely fast-paced lives, many Koreans are using every spare inch of space to garden. And not with tons of compost or fertilizer or anything much. Somehow, people are successfully growing amazing gardens in what seems to be post-construction soil, with bits of cement, rocks and sand. 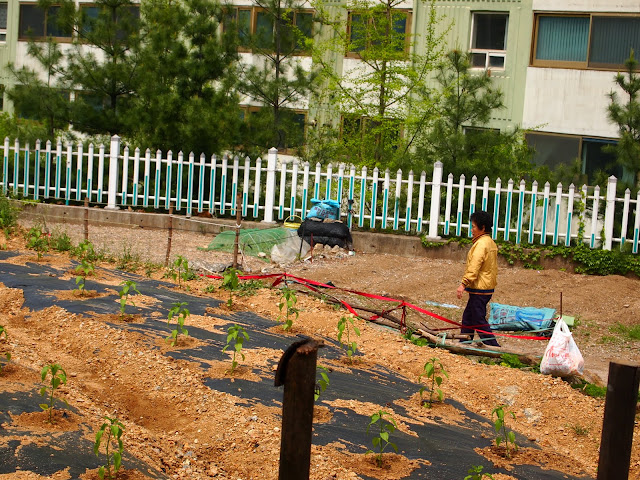 What's cool is that this apparently isn't official "public" land; people just see some unused space, particularly if there's a nearby stream, and start planting until they're forced off. Usually they're not. There are 1-feet wide strips of land going up a hill that are used for growing peppers, little bits of ground on a bridge over a stream-- it's all being used. 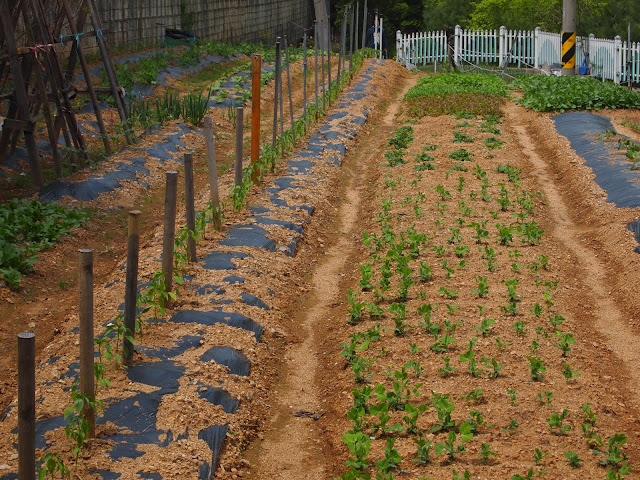 And while highways might not be the best places for some crops, I really love the idea of using public space to grow food-- perhaps even taking it a step further, to growing "publicly available" food in public space. I'll write a post later about how frazzled and difficult life in Korea seemed to be (and I don't mean that in a paternalistic poor-poor people way), but growing food seemed to be a glimpse of the life people were longing for, even as work hours are long and being "middle class" is increasingly stressful. 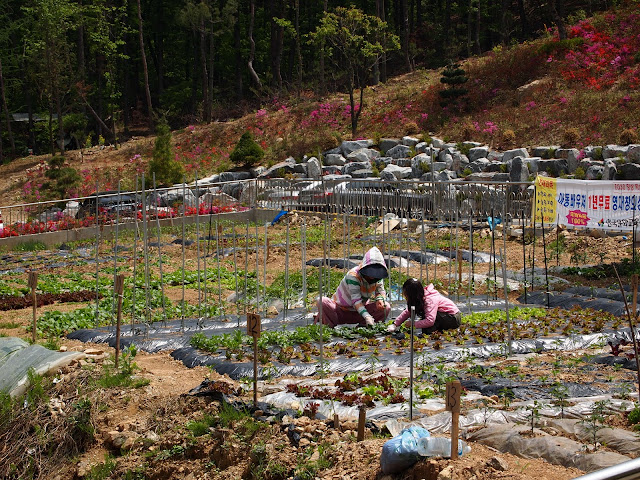 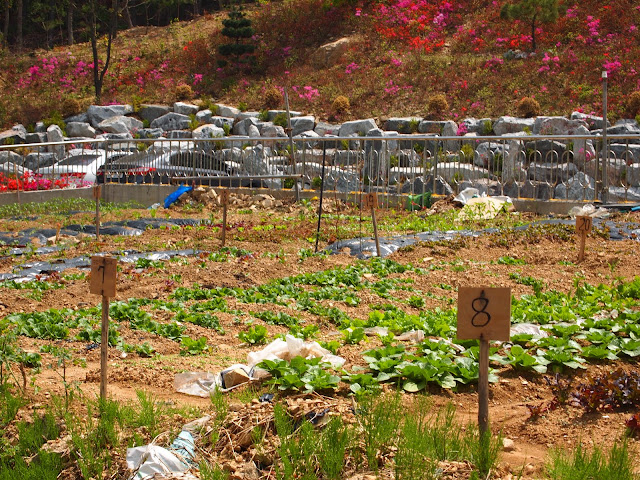 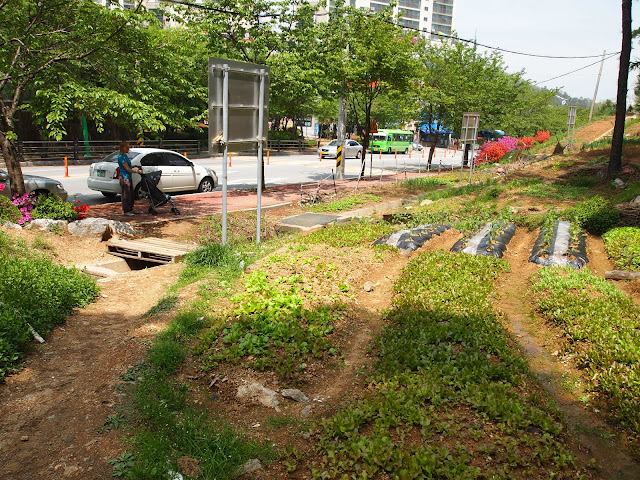 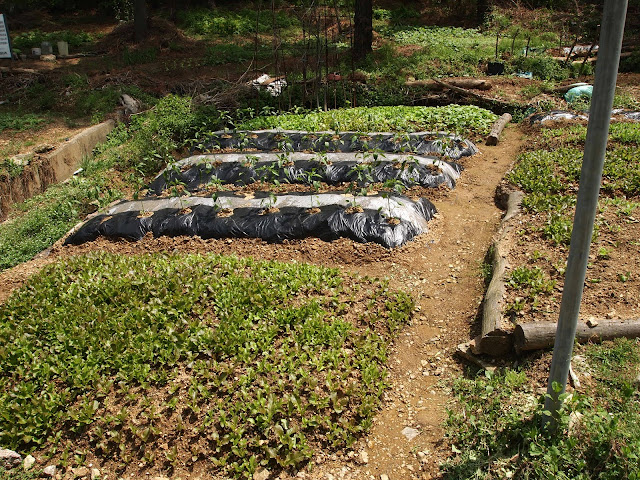 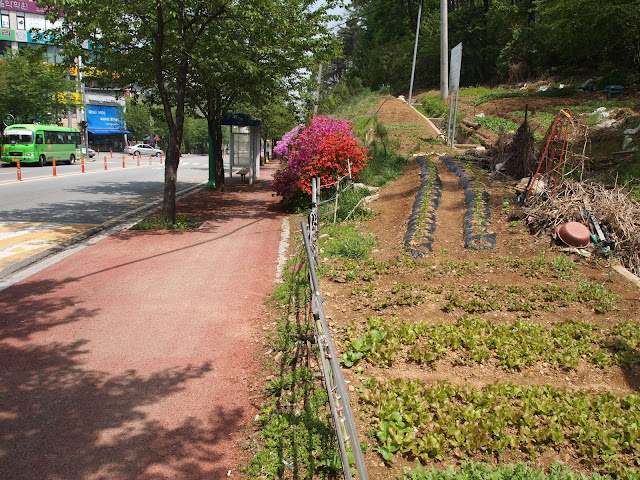 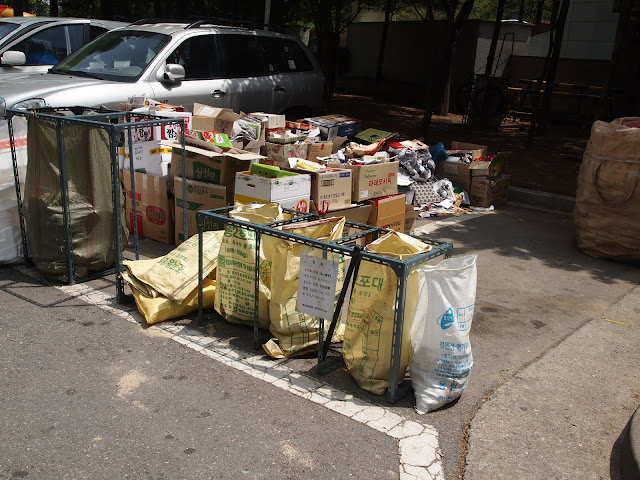 Recycling in Korea is pretty amazing-- this was the trash dropoff for an apartment block of 80 families.

On the way to church on Sunday Dan and I were just saying to each other: Why do people say there isn't enough land in this country for organic farming? Just look at all this land by the side of the highway pre-cleared for the electricity right of way? Not to mention all the forest on either side that could probably be forest-cultured without wrecking it up too much. (I forget the fancy word for forest culturing.) Really they just mean there's not enough land to clearcut for grazing cattle, which is true...

When I first got my worms (who sadly passed away in the coldness of winter-- they were out in the stairway because we were in fancier space and felt like the worms couldn't live in the kitchen) I did some worm castings stealth fertilizing in Watertown. I wonder if it's time for a little stealth gardening?

This is amazing!! I wonder if we could do this on our front verge as a test and a start! :)

Yes! You should grow some good, pretty vegetables and just see what happens-- whether people like it, whether they start growing also, etc. There are some really large areas of grass near you, also...

Where are these gardens in Seoul?
lena