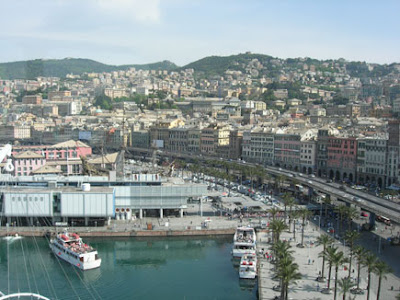 When we decided to move to South Africa we were left with some choices over how to get there.

We're going to be traveling for almost six weeks at a total cost equal that of just traveling directly to South Africa by plane. And at definitely much less cost than traveling to SA by plane and living for 6 weeks in either SA or Boston.

For those of you who might want to try to travel "creatively", I wanted to detail how we're doing this. There are plenty of reasons why this particular itinerary wouldn't work for you. Don't let the peculiarities of this itinerary stop you from imagining another trip that really works for you. 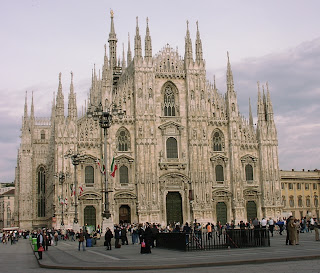 This is the trip:
By Plane: Boston-Phoenix (7 days in Sedona) -Atlanta (1 day)-Milan (9 days)
By Boat: Genoa-Cape Town (18 days, with stops in Barcelona, the Canary Islands, Senegal, Namibia).

We'll have money reserved for food and gifts when we're not on the boat, so it'll come to more than this, but much less than we'd ordinarily spend on a regular month at home.
A flight for the three of us from BOS-SA costs almost exactly $2,750 ($1250 X 2 + $250 for infant in arms.) So instead of paying $2,750 for the flight, we're paying $2,750 and visiting Eug's dad, our friends in Italy, and taking an amazing boat trip to Cape Town.

Why this trip works so well for us:
The Specifics (other small things that help us travel cheaply)