How to Convert a 240L Trash Bin into a Worm Bin: Large-scale Vermicomposting

A lot of the worm bins that you can buy ready-made deal with very, very small capacity (1kg, 2.2lb of food waste/week max.) In our case, that would have meant that we would still throw away much of our food waste. I'd made a large farm with two very large plastic totes, but the worms were still being overfed. I knew we ultimately wanted to stop trash pickup but was a little hesitant to use our large bin until I was absolutely sure that we had almost no trash.

Anyway, we were recently able to convert our city bin into a worm farm. I noticed there weren't yet any tutorials on how to do this, so I thought I'd go into a little detail here.

240L seems perfect for our needs, as we eat a lot of fruits and vegetables and only have a tiny concrete space (so no space for regular composting). We're a family of 4, and Eli will just be starting solids properly in the next few months. A few of these might be perfect for a block of flats.

Step 1: Move the bin into a spot where you can work on several sides.
Steps 2 and 3 (We forgot to take a picture after step 2):


Step 4: Make some kind of false bottom, so any extra liquid has a way to drain away from the worms. 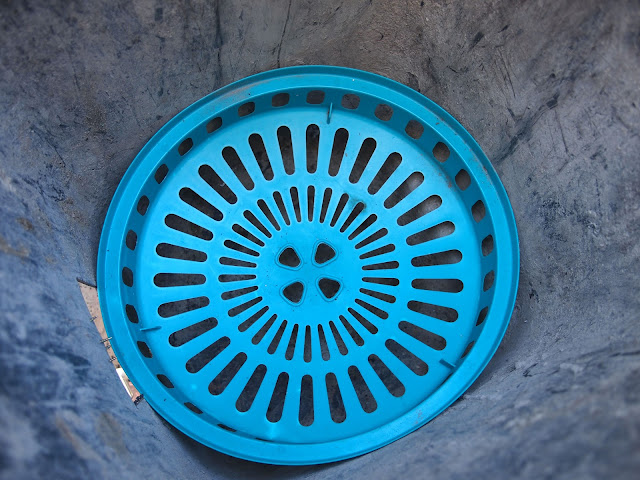 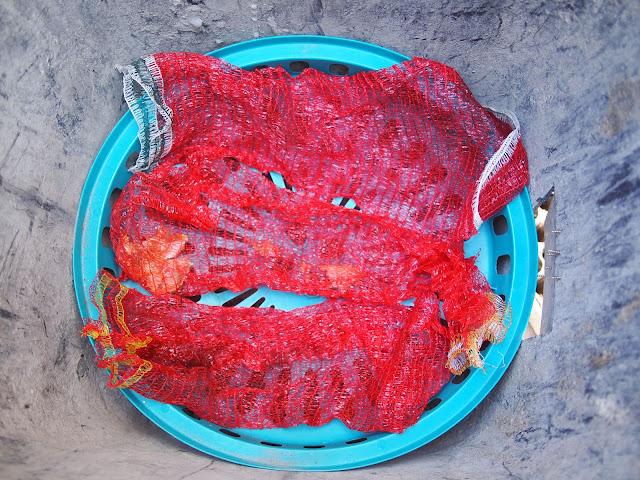 Step 5: Drill holes in the top third of the bin 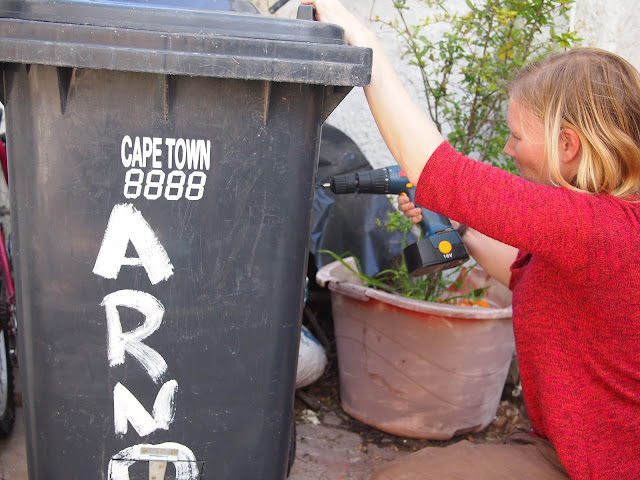 There you have it! Let me know if you have questions.