My mom and aunt used to make ginger beer for special occasions in Durban, and at the time I longed for something mass-produced and less weird. I find it so interesting that what I consider revolutionary and counter-cultural, my mom, aunt and grandmother did so long ago.

This summer I'm feeling more and more drawn to soda when I was out and about, so I thought back to the ginger beer that we had growing up. Not least because I bought a couple of bottles from Trader Joe's and Whole Foods for Eug and my date nights. The fancy organic bottles of ginger beer are expensive and have quite a few ingredients. Which is not to say they're not awesome. 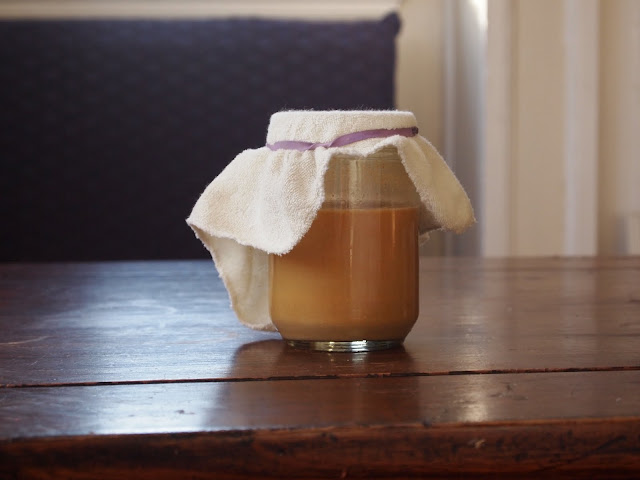 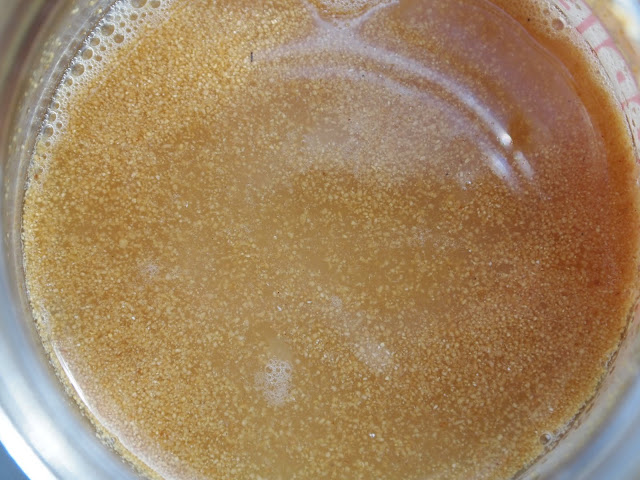 I used this recipe over at Down To Earth (which is very close to the recipe we used growing up). Rhonda did a great job of explaining how to grow the culture and mix the bottles, which just leaves me answer questions you might have:

Is it hard to keep the culture alive?
No

Does the ginger beer taste like the one from Whole Foods?
A little bit.

It turned out I was far less attached to the culture than I expected. It doesn't seem as alive after you drain the liquid to make your ginger beer. But the ginger beer is GOOD. Next time I'll use less sugar than the recipe calls for, because it tasted a little too sweet for us. Otherwise, it was perfect. We had three 2L soda bottles, which matured at different rates. The different rates of maturing worked well, because we'd finish one bottle and the next would be ready.  I'd use smaller bottles next time, because the ginger beer becomes flat very quickly after you open it.

Let me know if you try/would like to try it.  If you're in Boston, I'd be happy to give you a head start with some culture.