I've been baking our bread for about four years, and baking it without a bread maker for about one (with some breaks in between). But apart from a  disastrous foray into sourdough a couple of years ago, I really haven't tried to make sourdough before. 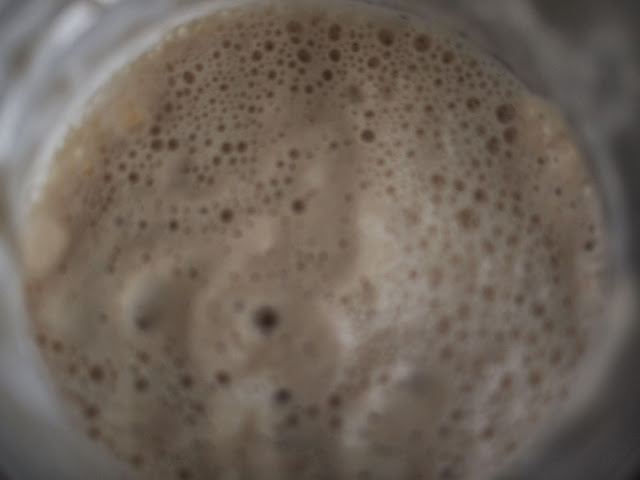 What drew me this time was that I'm not sure where to buy yeast in bulk in Cape Town (Macro didn't seem to have it the two times we looked), and the smaller servings of yeast are expensive. I love that Sourdough is even slower than regular bread, and that there's potentially even less waste. I also love the idea of keeping this thing in the fridge that keeps on getting better and better over the years.

A myth about starter is that you have to bake bread every day. Actually, you can keep the starter in the fridge and use it just once a week or so.

Since I took recipes from the internet, I won't repost them here, I'll just link to them:
Sourdough starter A couple of things to note when making the starter (his name is Brody) are as follows: 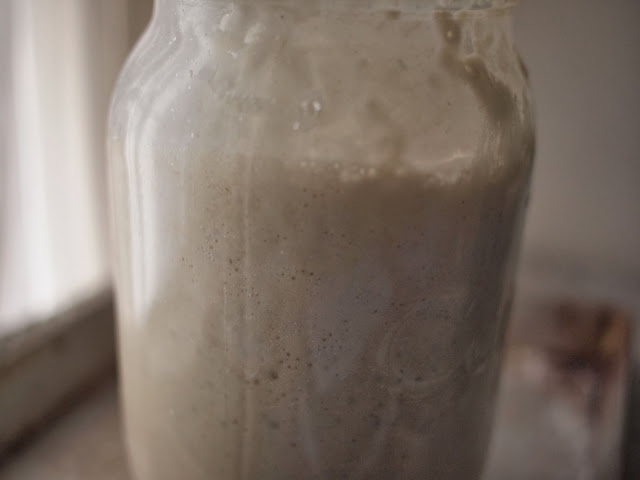 And here's the sourdough recipe I used. I didn't have to use any commercial yeast at all because it was pretty warm the day I started the bread, so I omitted it from the recipe. I also refrigerated the bread overnight, because I didn't want it to collapse while I was sleeping- again, because the rise times in the recipe are based on a specific temperature and it's hard to compare environments.

The bread was a little doughy when I brought it out after 45 minutes- so when I make it again I might leave it in a little longer. I'm also going to gradually transition the bread to whole wheat flour, but again, I needed an early success. The crust of the bread was really, really good. The sourdough taste was there- not as strongly as I hope it'll be in the coming weeks and months, but definitely there. 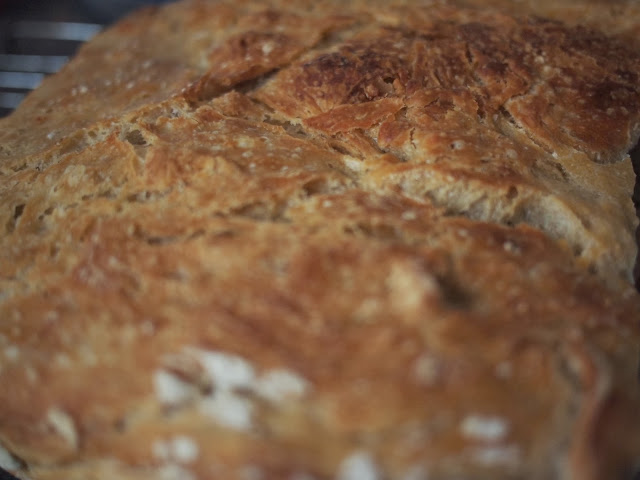 The cost of the bread, given that there's no yeast, was extremely cheap- give me some time and I'll work out the exact cost per loaf when one is buying bulk flour. I made one loaf in a huge roasting pan, but ordinarily this would be multiple loaves. 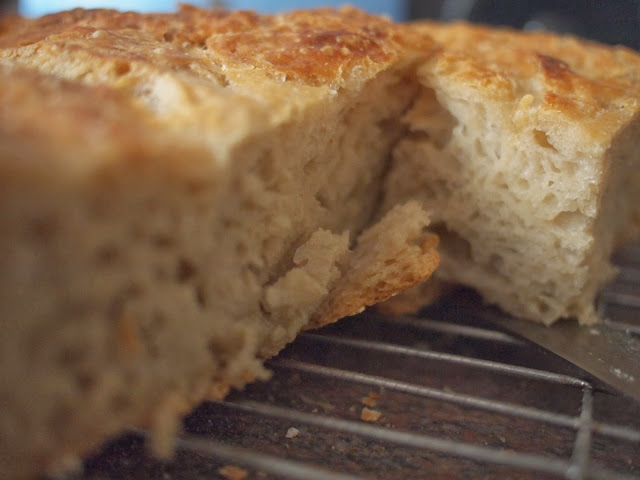 Hey, I've recently been experimenting with sourdough starter too (from a friend who had a rather resilient batch). I made the consistency more dough-like and tougher (called "desem") so that it can weather us being gone for so long (until early February). :)

I thought of you this Thanksgiving when you were in Boston :).

So the sourdough starter can actually survive 2 or 3 months without food? Do you keep it in the freezer? Do you recommend it?